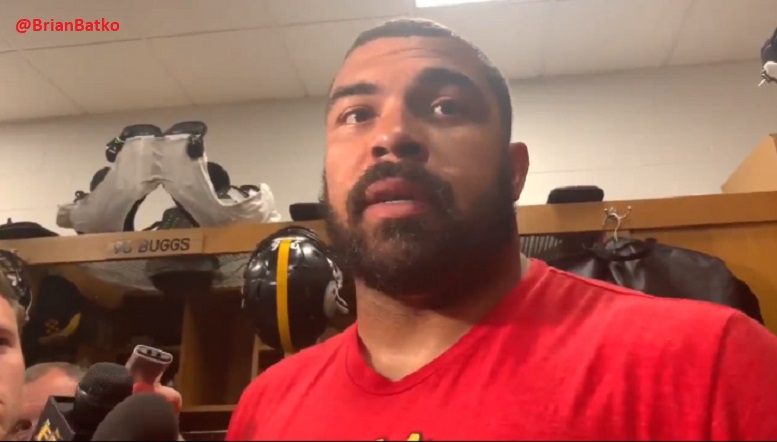 The Pittsburgh Steelers are now in a deep hole with their fourth game of the 2019 regular season next on tap and nobody knows that better than defensive captain Cameron Heyward. On the heels of the Steelers third loss of the season on Sunday to the San Francisco 49ers on the road, Heyward made it clear on Tuesday that he doesn’t want to see any finger pointing from his teammates going on this week.

“It’s really easy not to point the finger,” Heyward said Tuesday, per video by Brian Batko of the Pittsburgh Post-Gazette. “You look at our tape, there’s mistakes everywhere. So, for any guy pointing the finger, I’ll break their damn finger if they do.”

It takes a lot of people not doing their jobs to start 0-3. Steelers captain and defensive lineman Cam Heyward said no one here can play the blame game: “For any guy pointing the finger, I’ll break their damn finger if they do.” pic.twitter.com/pAvwBJihpT

That’s as straight and to the point as Heyward can get as the Steelers start preparing for their Week 4 Monday night home game against the Cincinnati Bengals, who are also winless on the season after three weeks.

While the Steelers defense did manage to record five total takeaways on Sunday against the 49ers, the unit also allowed San Francisco t rush for 168 net yards on 40 total carries with 34 for 165 coming from running backs. On top of that, the Steelers defense allowed six explosive plays of 20 yards or longer on Sunday in addition to letting six of 11 total third down opportunities to be converted.

While the Steelers defensive communication appeared to be somewhat improved on Sunday against the 49ers, it still was far from perfect.

As for Heyward’s play on Sunday against the 49ers, while he did record four total tackles in the game, only two were meaningful ones as the only two came at the end of successful plays by the 49ers offense.

It will be interesting to see if the Steelers defense can turn their disappointing start to the 2019 regular season around starting Monday night at home against the Bengals. A loss to Cincinnati would give the Steelers their first 0-4 start since 2013, which was Heyward’s first season as a full-time starter.

Should any players show up on the teams Thursday injury report with a finger issue, it’s a good bet that Heyward might be responsible for it.