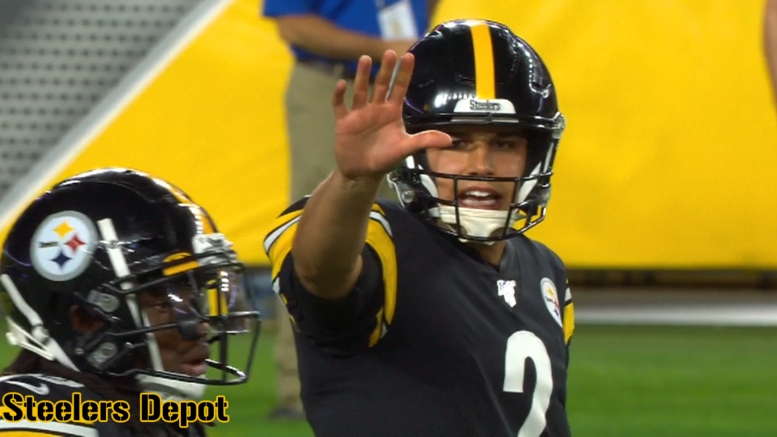 Topic Statement: Mason Rudolph is capable of delivering winning football if he has to start, even if the rest of the roster is not.

Explanation: The answer that I’m looking for here is not whether or not the Steelers will win games for Mason Rudolph while he’s in the game. The question is, is he capable of playing ‘winning football’? In a vacuum, can he perform well enough, deliver a performance that would typically be good enough to win an NFL game?

This is a bit of a difficult claim to make given that Rudolph entered the game in the second half with the lead and then the Steelers lost the game, meaning that they were outscored while he was on the field, but I would say that he already showed he can play winning football.

The offense scored 17 points on just five possessions with Rudolph in the game, and they only punted once. On his first drive in the game, he threw an accurate pass on third and eight that should have been caught for a conversion that instead ended in an interception that gave the Seattle Seahawks the ball on the 40-yard line. That set off a string of three consecutive touchdown drives for the Seahawks that sealed the game.

Independent of the rest of the team, Rudolph did play well enough to win that game. So if he can do it once, he can do it more than once.

While he has shown a notable improvement in his ability to avoid or escape pressure, this is still a potential weakness in his game that has yet to be exploited as much as it can be. Even when he does escape pressure, it makes him more likely to take bad risks. Going back to the preseason, he has been fortunate to avoid a couple of turnovers, even if the two turnovers he has had were really the result of miscommunication or receiver error.

Rudolph started four drives from his own 25 or closer to his own end zone. He only got more than 18 yards on two of them. He moved the ball fairly well on two drives. There’s still a lot more he needs to show before you can say he’s a guy who will deliver winning performances, at least on something of a regular basis.