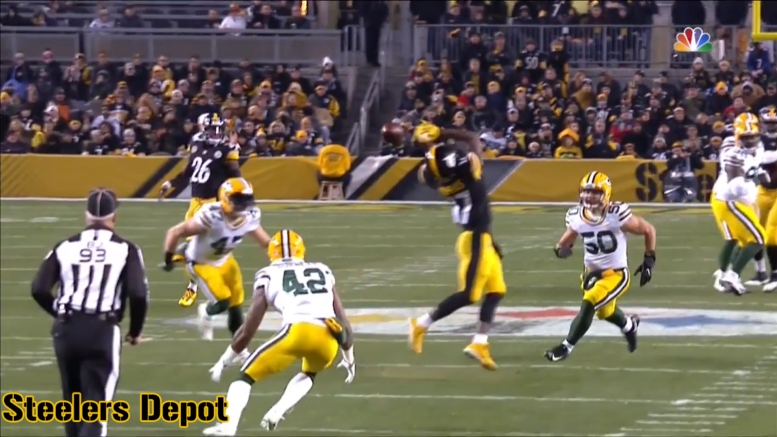 The Steelers have stuck with Eli Rogers through a lot in his career. They carried him on injured reserve for the entirety of his rookie season with a knee injury because he impressed them enough before he even got to play in a preseason game. They re-signed him in 2018 even though he was still recovering from a torn ACL.

Is this the end of the road now? The fifth-year veteran was released yesterday, and at least on the surface, it feels unlikely that he will circle his way back to the roster after some other move is made, if for example they put a player on injured reserve with the possibility of a return.

One thing to say in support of the idea that Rogers could be brought back is that, outside of perhaps Daniel McCullers, he was the only vested veteran on the roster who could be released with a relatively minimal dead cap number and who would not be clearly pursued by other teams, even though they wouldn’t have to go through waivers. There are no vested veterans who were playing under one-year contracts on the entire roster, so if there was a ‘circle back’ person, Rogers would be the most likely candidate without subjecting a player to waivers. But there have been no indications that that is their intentions for Rogers.

What ultimately played against him is the fact that the Steelers believe that Ryan Switzer is a more capable and more versatile return man, and the team doesn’t really have any other desirable alternatives to the return game on the current roster. Rogers only ever returned punts, not kicks, so that would have had to go to somebody else. Diontae Johnson doesn’t appear ready for either return role.

With Rogers gone, there is no skill position player on the entire roster outside of Xavier Grimble who has been with the team for most than two seasons, JuJu Smith-Schuster, James Conner, and Vance McDonald now the grizzled veterans. And even with Grimble, nobody has been here more than three years.

Ultimately, Rogers and Switzer possessed a pretty redundant skill set, so it’s not surprising that only one of them is on the roster. Were it not for Switzer being the return man, I personally would have chosen differently, but we’re ultimately talking about one of the final spots on the 53-man roster here.