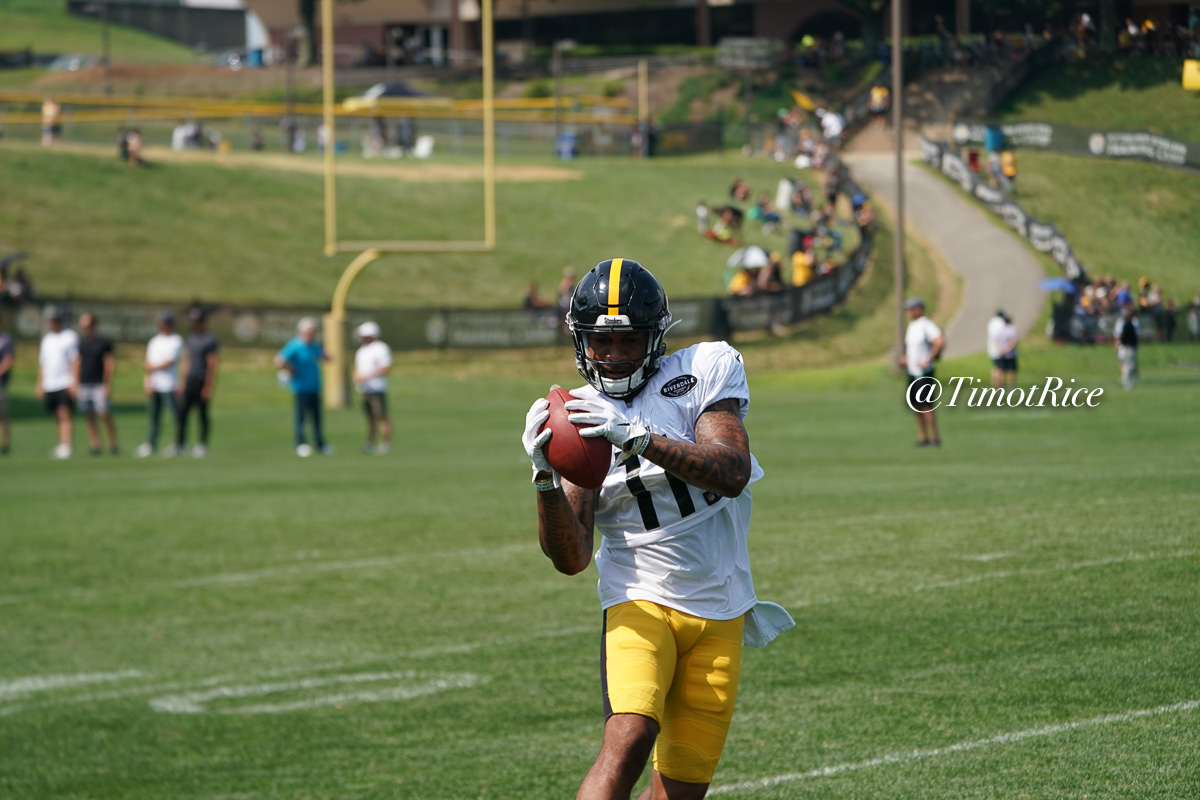 Question: Will Donte Moncrief be back on the field on Sunday following a benching on Sunday?

Head Coach Mike Tomlin made the decision for Sunday’s game to not only demote veteran wide receiver Donte Moncrief, but to deactivate him as well. He started the first two games of the season after signing in March as a free agent, but managed just three receptions for seven yards on 11 targets, dropping about half of the others.

He was targeted just once in Week Two, and he dropped that pass, hitting it up into the air, where it was intercepted. He didn’t play for the rest of the game and then did not even dress on Sunday. However, Ryan Switzer also did not play.

The Steelers almost entirely relied upon the young trio of JuJu Smith-Schuster, James Washington, and Diontae Johnson at wide receiver, with Johnny Holton getting mixed in here and there. For a team that ran five-wide 15 times in the season opener, it’s hard to imagine they’ll be using only four of them.

Tomlin has benched players before in the hopes that it will send them a message and coax them into bouncing back. Moncrief is just three games into a two-year, $9 million contract, and while he doesn’t have to see his second-year salary, it would be stunning if they just have him rot on the bench for the rest of the year after just two games. He’ll be working his way back. The question is, will it be a one-game thing? It’s not a matter of the inactive list, either. They have enough people to sit ahead of him. He didn’t dress because Tomlin didn’t want him to.