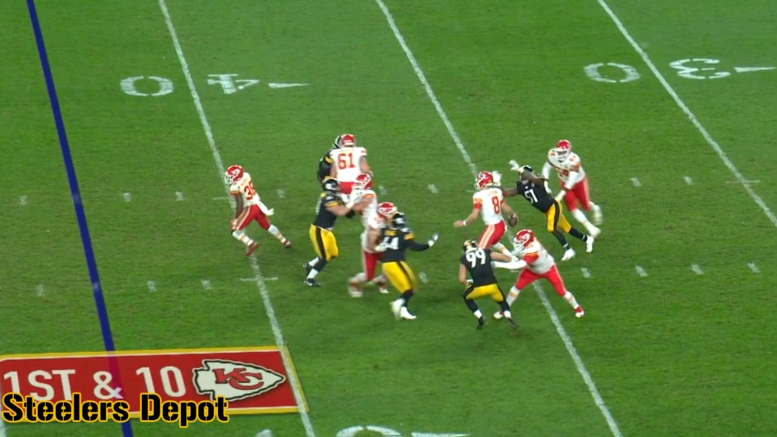 Pittsburgh Steelers Head Coach Mike Tomlin frequently talks at this time of the year about how there often isn’t a need to create opportunities for players, as the nature of attrition of training camp and the preseason schedule provides them all on its own.

That was the case last night for rookie outside linebacker Tuzar Skipper, originally signed after participating in the Steelers’ rookie minicamp as an invitational player. His signing corresponded with the release of Keion Adams, a 2017 seventh-round draft pick.

Three outside linebackers are currently, if not permanently, out of the picture, however. J.T. Jones was waived earlier this week. While sixth-round rookie Sutton Smith is continuing to work his way back from an abdominal injury, he was not ready to play last night. And then Olasunkanmi Adeniyi suffered a torn meniscus that will sideline him for at least the rest of the preseason.

For the moment, that puts Skipper along the second-string defense along with Anthony Chickillo, behind only the starters, T.J. Watt and Bud Dupree. The Steelers have only four healthy outside linebackers on the roster right now. And Chickillo suffered a minor injury last night as well.

Skipper had a strong preseason debut last week, and even was named to Pro Football Focus’ Team of the Week. Last night was a golden opportunity for him to really put his hat in the ring and push for a spot on the 53-man roster, if any would even be available for a fifth outside linebacker position.

How did he follow that up? With another sack, of course. Late in the game, coming off the left edge, rookie beat rookie getting low on the right tackle and showing leverage and bend around the arc. He is tied with Bud Dupree now with two sacks during the preseason on the Steelers’ roster.

With so many injuries at his position, there’s a golden opportunity for Skipper to produce, but even if he does about as well as he can, it will still be difficult to keep him on the 53-man roster just because of how the numbers work out, with Chickillo and Adeniyi appearing to be locks already, and of course the starters being present as well.

Generally, when the team has had a fifth outside linebacker they were really encouraged by, they found some way to keep him. He is flashing (and did play on special teams last night, which was not the case in the first preseason game, an indication that they want to try to find a way to keep him).

In addition to his sack, Skipper also recovered a fumble and registered two tackles against the run, although it has to be noted that in both instances, he was left uncovered. He also was docked for a neutral zone infraction with 22 seconds left in the game on fourth and 10, the Chiefs converting for seven yards on the next play.