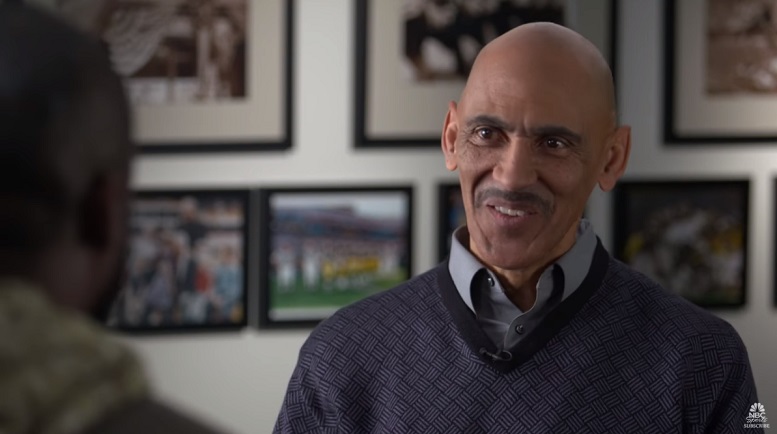 This offseason we’ve seen quite a few national member media members and analysts hop on the bandwagon of the Cleveland Browns as being the new frontrunners in the AFC North division and a team that could potentially make a run at this year’s Super Bowl. Former longtime NFL head coach Tony Dungy, however, made it known a few days ago during an interview on The Zach Gelb Show that he isn’t ready to jump on the Browns’ bandwagon just yet.

“I’m not totally on-board yet because they’ve got a lot of pieces to the puzzle and the pieces are out on the table now and they look great,” Dungy said. “And now they’ve got to fit together, and they’ve got to build that chemistry. You’re always gonna have some adversity during the season, I want to see how this group responds to adversity. They’ve got a ton of talent, they’ve got explosive players, exciting players, there’s a lot of optimism and energy, but how are they going to deal with that adversity when it does hit?”

While Dungy is cautious about the Browns with just a few weeks remaining until the 2019 NFL regular season gets underway, he told Zach Gelb during the interview that he believes a lot of people are indeed probably currently sleeping on the Pittsburgh Steelers when asked if that might be the case. He thinks that’s mainly happening because of the offseason free agent losses the Steelers had on the offensive side of the football.

“No, I think you’re right and everybody’s saying, well, the loss Antonio Brown, and that’s a ton of touchdowns and they lost Le’Veon Bell, and that’s a ton of touchdowns, so they can’t possibly be as good,” Dungy said. “But sometimes with the rest of the group, when people say that, the rest of the group says, ‘Hey, we want to prove that we’re pretty good too.’ So, I think you’re going to see the best of the Steelers this year and I wouldn’t be surprised if they make a run.”

Since this year’s draft took place, the Browns have seemingly been the team making the most noise in terms of the unnecessary offseason headline grabbing stories. That honor in previous years in the AFC North has gone to the Steelers. However, with both Antonio Brown and Le’Veon Bell now both out of Pittsburgh, the team has had perhaps the most drama free and quiet offseason to date for some time now. With so much going on with the Browns this offseason, Dungy said he thinks first-year head coach Freddie Kitchens has his work cut out for himself during the 2019 season.

“It’s pulling that group together, getting them all to focus on winning and, you know, that that’s a tough thing,” Dungy said of the task Kitchens faces this season. “We won four Super Bowls in Pittsburgh. We had nine guys who are in the Hall of Fame now and Coach [Chuck] Noll never got a lot of credit because everybody said, ‘Oh, you have all this talent.’ But getting guys to focus and put their individual goals underneath the team goals and work as one, that’s difficult. And that’s what Freddie’s going to have to do, get all of that talent working together.”

The Steelers and Browns will obviously play each other twice again during the 2019 season. However, the first of those two meetings won’t take place until Week 11 with the rematch taking place just two weeks later. In short, we’ll have a pretty good idea which direction both the Browns and Steelers are headed in by the time the first meeting between the two teams takes place. additionally, those two meetings could ultimately decide which team wins the AFC North and which team possibly fails to make the playoffs.

As of right now, it sounds like Dungy would place his money on the Steelers standing taller than the Browns come the end of the season. We’re also likely to hear Dungy talk quite a bit more about these two teams as well as his prediction for the AFC North in the coming weeks as he currently works as an NFL analyst on NBC’s Football Night in America. The Steelers will open their 2019 regular season two weeks from Sunday against the New England Patriots as part of NBC’s Football Night in America.