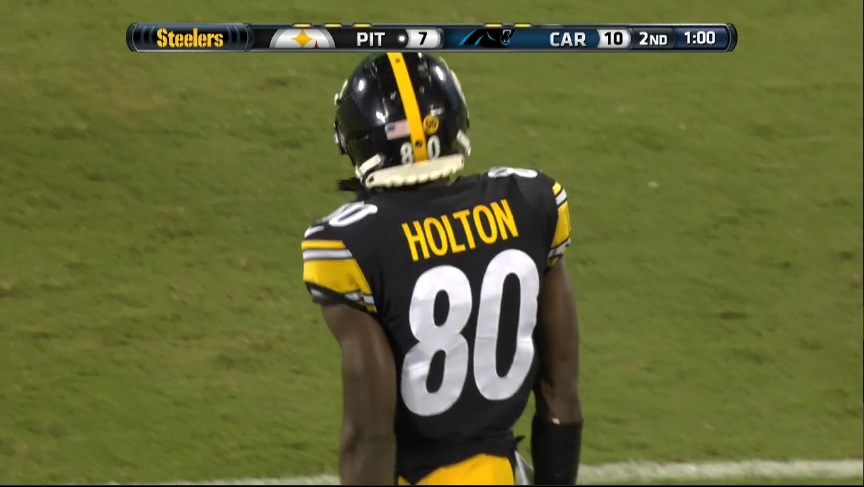 Following each game in the 2019-2020 Pittsburgh Steelers season I will be giving you my ten takes. These aren’t going to be hot takes and meant to shock the world. This will be instant reactions to the game written while still in that period just following the game when the emotions are high and the ideas are fresh. Included will be thoughts, observations, queries and reasons that caused me to yell at the television.

1. Lots of Pressure Early – Within the first couple drives the defense was getting a lot of pressure using stunts and blitzing Tyler Matakevich. It came from all sides with Tuzar Skipper, Sutton Smith, Tyson Alualu and Jayrone Elliott among others. After leading the NFL in sacks the last two years it’s good to see them still working to get pressure and will be looking for the three-peat this season.

2. Who is the #3 QB? – Joshua Dobbs has struggled in the preseason and seems to have regressed. He didn’t lead the team on a touchdown drive, he missed on many short passes and his accuracy has been underwhelming. It would seem he has already lost the backup job and the third quarterback is usually a developmental position.  So why not give it to the guy who’s done what Dobbs hasn’t and see if you can develop him. I’d be surprised if the Steelers picked Devlin Hodges, but I would.

3. Offensive Line Put the OL in Hold – I put the focus on this group with my Matchup to Watch this week and it wasn’t a pretty sight. At one point, I believe in the second quarter they were flagged for three consecutive holding calls with Jerald Hawkins, Zack Banner and Derwin Gray each getting dinged. The OL as a group also gave up numerous pressures, penetration in the backfield leading to 18 yards rushing and 5 sacks. There is a lot to work on with this group of reserves and coach Shaun Sarrett has his work cut out for him.

4. RB Blitz Pickup – Quarterbacks love a running back that not only is willing but can execute when picking up the blitz and in order to play on third down this is a quality you must have. We’ve seen it a bunch in the preseason and I saw some nice work by Trey Edmunds and Benny Snell to step up and snuff free rushers.

5. The “State” Guys Are OK – The second year progression of the two Oklahoma State players has been great to see. Mason Rudolph is showing good pocket awareness, working through his progressions and getting the ball out quickly and accurately. James Washington has displayed the ability to create space and looks very smooth catching the ball away from his body. Washington should be a big part of this offense from game one.

6. Versatility in the Defensive Backfield – The best ability is availability but another key trait is versatility. Injuries are going to happen so teams have to be prepared to move guys around if need be. Cameron Sutton has value as an outside corner or in the slot. Mike Hilton can play in the slot or free safety. Kameron Kelly has also played deep and in the slot as the third safety in some sub packages. It not only gives you flexibility to cope with an injury but to mix up your looks and coverages.

7. UG3 and Skipper – As you’ve heard us mention many times Ulysses Gilbert and Tuzar Skipper may be fighting for the same spot on the roster as the 5th linebacker in their respective groups. Skipper had questions about special team participation and he had 2 tackles on kickoff coverage. Gilbert added a blocked field goal attempt to his resume. Going into this game my thought was it would be easier to release an ILB than a pass rusher and get him to the practice squad. I’m still going to stick with that but, man; both of these guys deserve a spot.

8. Focus on Improving Defense is Clear – The preseason was a good one for the defense as a whole. They wanted to add speed and focus on getting turnovers and from what they showed they are pointed in the right direction. Doing a quick count they gave up a total of 66 points (16.5 a game), forced 9 fumbles and recovered 5, had 20 sacks, 21 passes defensed with 2 interceptions and a safety. The regular season is completely different but the arrow is pointing up going forward.

9. DL Group – I like what I am seeing from the defensive line in totality. The starting three of Cameron Heyward, Javon Hargrave and Stephon Tuitt have the ability to be very disruptive. Everyone along the defensive line has shown the ability to get pressure, make plays against the run and display very good chase after the ball no matter where it is. Looking at the bottom of that group it looks like the depth will be good as well. Isaiah Buggs has coming in as a rookie and played well overall. Henry Mondeaux was a late signing and he, like Buggs, can play DE or DT. Strong group.