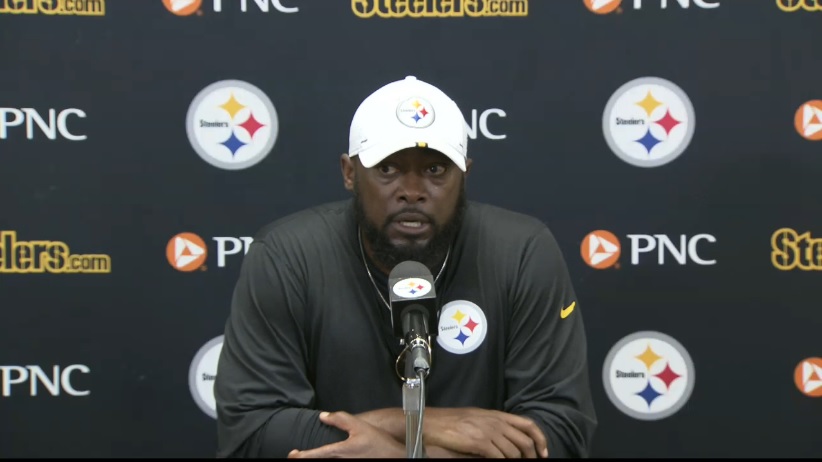 With each passing week of the preseason is added a further later of urgency and deliberation with which NFL teams go about the business of preparing themselves to assemble a 53-man roster from 90 players. Mind you, that is a process that also includes the scouting of 31 other 90-man roster for the possibility of making trades or signing players off of waivers.

But the most pertinent part of this process is how the events that unfold in each preseason game spill over into the next and influence the manner in which each subsequent game is played, relative to personnel and competition level.

This is a topic that Pittsburgh Steelers Head Coach Mike Tomlin has been beating over the head over the course of the past few days while speaking to the media, and it is a point that he reiterated yesterday during his pre-draft press conference ahead of tomorrow’s second preseason game against the Kansas City Chiefs.

“We’ve been in a stadium, and so, yes, we are getting more deliberate about the places that we put people in, and we acknowledge that time is running out in terms of guys having an opportunity to state a case for themselves”, Tomlin said. “All of that makes a level of urgency what it is here as we bring it to a close, no doubt”.

This is most critical for the fringe players who are vying for a roster spot, anybody from Ulysees Gilbert III to Diontae Spencer, or Tuzar Skipper to Patrick Morris. These are just a small list of names of players who showed some indications of what they could contribute in the first preseason game that could shape the manner in which they are used in the next.

There is less trial and error and experimentation as each week of August ticks on, and more planning and analysis. Can Gilbert perform as well as he did in game one while playing earlier in the game, against a higher level of competition? These are the sorts of questions that get raised through preseason play, and to which they seek the answers in the subsequent opportunities.

It is, at this point, still a matter largely of personnel over scheme, of course, because neither the offense or defense—nor that of their opponents—will be running anything overly complicated at this stage of the game. This is more attrition football than strategy, testing the pure abilities of the players on the field rather than the creativity and astuteness of the play-callers.

There still remain a number of questions to figure out, whether it’s determining the last couple spots at wide receiver an the offensive line, whom the sixth defensive lineman will be, and who is going to be able to be a contributor on special teams, and thus either aid his cause in earning a roster spot or get a helmet to play on Sundays once he does.