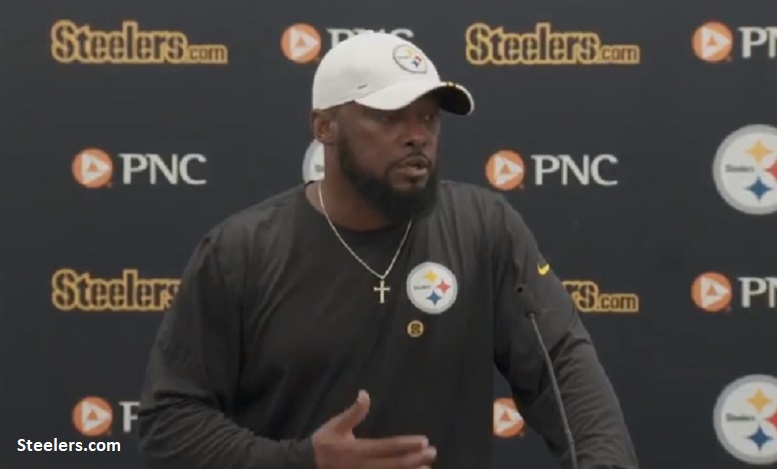 The Pittsburgh Steelers three backup quarterbacks all played in the team’s 2019 preseason against the Carolina Panthers and of the three, Mason Rudolph was the most impressive. Rudolph, the team’s first of two third-round draft picks in 2018, completed 7 of his 11 total pass attempts for 125 yards and a touchdown after relieving starter Joshua Dobbs in the second quarter.

After the game, Steelers head coach Mike Tomlin was asked if he was happy with what he saw out of Rudolph not only Thursday night, but during the entire preseason.

“Largely, yes,” Tomlin said. “You know, as a second-year guy, like we’ve asked all second-year guys, I think he’s taken a significant step not only in consistency and production, but just awareness and communication; overall, general readiness. Like a lot of the second-year guys, I thought he came in physically ready from a conditioning standpoint. He carried that knowledge of last year’s journey. So, it’s been a good process for him.”

Tomlin was asked if he was ready to announce Rudolph’s place on the quarterback depth chart with the preseason now over and he said that he wasn’t.

Rudolph seemed generally happy with his play Thursday night after the game was over.

“I was pleased by the way we all played tonight,” Rudolph said. “I thought we moved the ball pretty well up and down the field, you know, we got in the end zone the one time. But there’s always going to be, you know, positives and negatives once you watch the film. So, we’ll do that tomorrow.”

While Dobbs seemingly entered the preseason as the Steelers backup to starting quarterback Ben Roethlisberger, Rudolph will more than likely enter the 2019 regular season as second on the depth chart. However, after Thursday’s preseason finale Rudolph wasn’t about to anoint himself the winner of the battle against Dobbs.

“You know, that’s a coaching decision,” Rudolph said when asked if he thought he deserved to be the team’s backup quarterback based on his preseason play. “I don’t have any say in that. So, I tried to control what I could control. These OTAs and offseason workouts and training camp, it’s been a long, long, long season without football. It’s a long offseason, but, you know, I thought I tried to put my best foot forward and we’ll see what, you know, the coaches think. So, not my decision.”

We should know by Tuesday afternoon what the quarterback depth chart will be for Week 1 and it will be surprising if Rudolph is not listed as Roethlisberger’s backup.