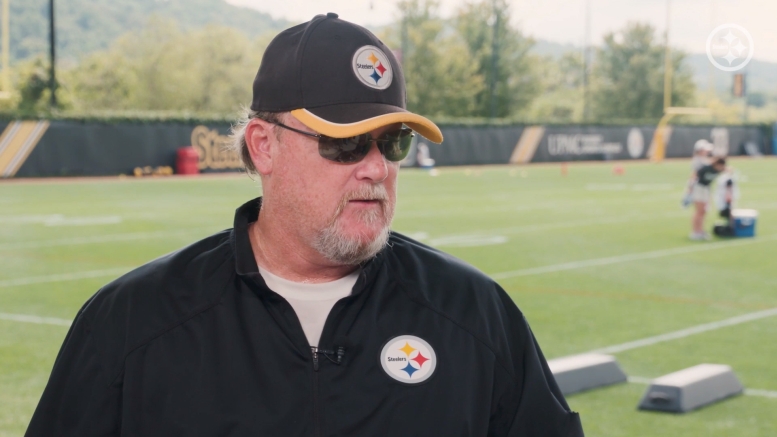 Every year, the drum beats grow loud at this time of year, seemingly mostly from those who don’t feel like covering special teams games, sounding the cry for the meaningless of this exhibition period. I have never held this opinion, and never will. Every other major team sport has its exhibition period—Spring training, the Summer league, etc. The notion that football, the most intricate and strategic of said sports, would be better without it seems to me rather asinine.

I don’t even buy that it should be truncated, but really, I’m digressing at this point. The point is that we’re up to ‘the preseason game that matters’, the one where for most teams, their starters actually play a bit, though even that seems to be changing in the minds of some teams, at their own risk.

The value of the third preseason game, though, is not just in getting the starters playing inside of a stadium. It’s about the entire week-long process, and that’s something that both head coach Mike Tomlin and offensive coordinator Randy Fichtner touched on after practice yesterday. From Tomlin:

Good work day for us today. Simulated what is a regular-season Wednesday in a lot of ways in terms of the time spent and how we delivered information. Good energy, it’s good to be back out here in pads and kind of start a simulated work week from delivering of information and watching them digest and walkthrough and execute it in practice. Good process for us. We’ll look at the tape and come back out here and do similar things tomorrow and see how this group pushes toward a natural-like game week.

The entire week is designed around preparation for how a work week during the regular season is carried out, right down to the scheduled off days. Granted, this is still more valuable for the rookies and new faces, but the veterans working with these new components, and installing new concepts and new personnel groups, is an invaluable part of the process as well.

Fichtner also talked about the work week, but also about the game itself, and how the players want to be on the field together, after all the work that they’ve put in with one another going back to the Spring.

I don’t know if it’s that we have to see him. It’s that the group has to come together. They all want to be together. They all practice together. They’ve put a lot of good work in since the Spring. These guys want to compete. They really want to play. So we put them in a good position where they start the game, prepare all week like it’s a real game, because it is a real football game when we get to kickoff, and like I said, we’ll pull him, and then we’ll start pulling some other guys.

So if you’re one of those people who thinks the preseason should be done away with, at least keep this in mind: it’s not just about what happens inside the stadiums four times in August that’s a part of the process. If you shorten or even eliminate the preseason, you lose a ton of the hidden work that goes into preparing for the year as well, both in technical and practical matters.