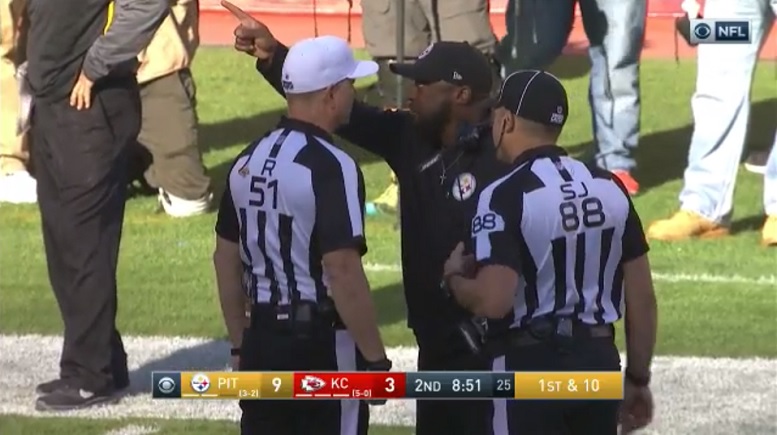 When the Pittsburgh Steelers hired Teryl Austin to join their coaching staff, Head Coach Mike Tomlin envisioned multiple roles for him. As a senior defensive assistant, he would work with Tom Bradley in coaching the defensive backs. But he would also be asked to assist Tomlin with situational data and analysis on game day, among the chief tasks being offering advise on whether or not to challenge a play.

As a defensive backs coach, he is also in an interesting position because it’s part of his task to now instruct his defensive backs against being susceptible to being called for defensive pass interference penalties, which can now be reviewed. He explained his focus on that as a position coach to The Fan.

“What I’m enforcing with the players is we just want to be as clean as possible so that we don’t have to worry about all these rules”, he said. “I think that’s the goal, to try to play as clean as possible, be really good with our feet and our eyes and our hands and not grabbing and all that good stuff”.

In his other duties, however, he’ll be asked to evaluate when the opposing team’s defensive backs might be committing pass interference that is not called, along with any other possible play that can be challenged. He said back in the spring that he would review every replay from the past season to study it for his preparation.

He told Missi Matthews on Steelers Live that he is almost through that, and explained, “what I’m tasked to do is to try to to help us be better in terms of when we challenge and what we challenge, and the way those things were called last year”, adding, “you want to be able to make a really good educated guess as to what you see and that it lines up with the way they’ll see it in New York”.

Earlier, he admitted to reporters that he has never been in charge of administering the challenges in any of his previous stops, nor has he ever been “the advisory guy”, but added that as a positional coach and coordinator, “I have a pretty good idea of how it should work” with respect to how the game is supposed to be played free of penalties.

The reporters joked about Tomlin’s abysmal recent track record in having challenged won, and he quipped, “well, then we can only go up!”.

The sad truth, of course, that that is the only direction it can go, if it changes directions at all. Tomlin has issued the challenge flag on nine occasions over the course of the past two seasons, including five times in 2018, and he has lost every single one of those challenges. He is also two for 14 going back through the 2016 season.