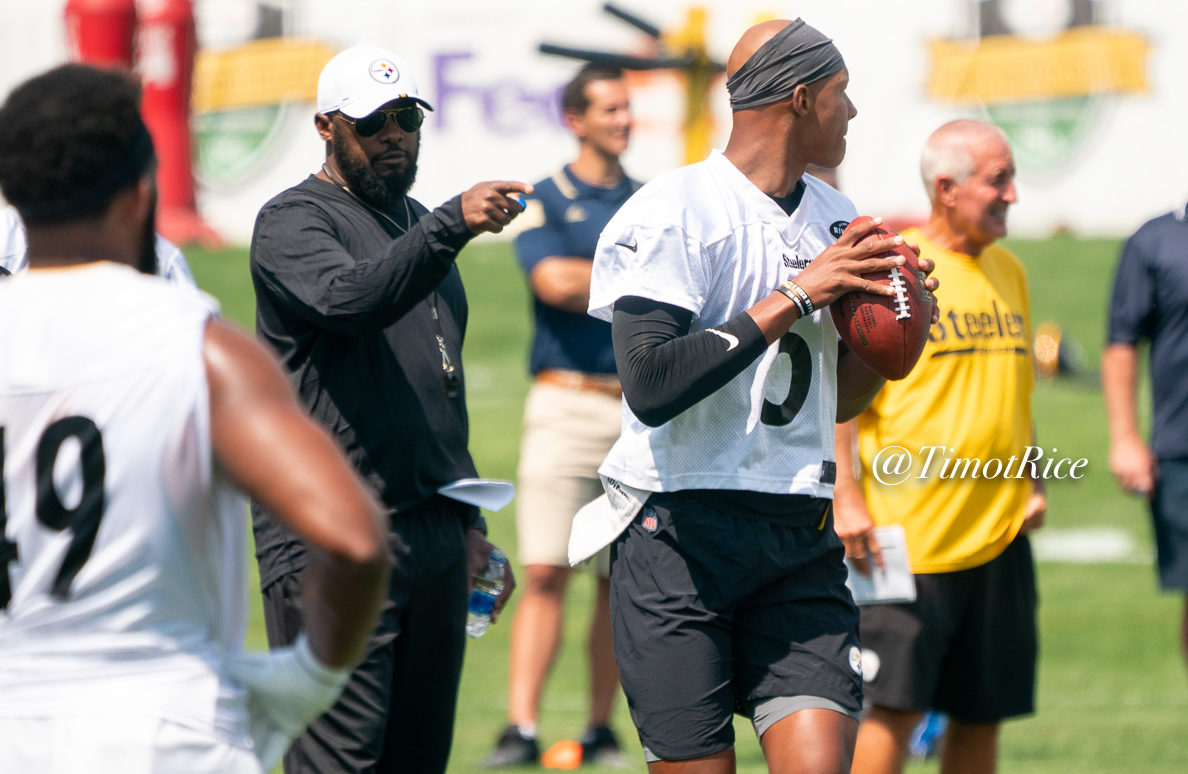 Devlin Hodges has burst onto the scene and – as crazy as it is to think about this – making a legitimate push to be the Pittsburgh Steelers #3 QB this year. Mason Rudolph isn’t going anywhere meaning the odd man out would be Josh Dobbs. And that’s led to the predictable and fair question of what to do with Dobbs. Cut him? An obvious choice if you’re moving on. But can you trade him? Is there a market for him? Every situation is different but let’s look at recent history to see if there might be one and if so, what the team could get for him.

The question I had: does Dobbs’ lack of experience and regular season reps nullify his trade value? Through his first two full seasons, he’s attempted just 12 passes, played in five games, and started zero of them.

To answer that, I looked at all quarterback trades over the last six years, 2014 to 2019. I broke it down based on the number of pass attempts, games played, and games started by every quarterback (at the time of the trade, obviously) dealt over that time span. There’s been 23 such trades, listed below.

Most of those quarterbacks have a somewhat extensive Sunday resume. Much more than Dobbs. But there are six with similar production as he does. Let’s take a closer look at those six and what their trade value was.

Though Garoppolo hadn’t played much when he was dealt to the San Francisco 49ers, he was a 2nd round pick and thought of much higher than Dobbs or any of the other quarterbacks on this list. Putting him aside, no other quarterback with similar production went for anything more than a 7th round pick or in Hogan’s case, a minor 6th round swap (which essentially worked out as the same value as an early 7th round pick).

So bottom line? It will be tough to get something for Dobbs. A 5th or 6th round pick seems like an absolute longshot. Teams value picks too much, half the league carries only two quarterbacks these days, and Dobbs hasn’t played well (or often) enough to generate that type of compensation.

Could a team emerge and offer the Steelers something at the last second? Sure. No one is beholden to history. But good luck identifying a team, especially now that the Philadelphia Eagles have signed Josh McCown.

The reality is the players who get traded, across all positions, not just quarterbacks, have done something on Sunday’s. Maybe their tape isn’t great but it’s against top competition and creates a cleaner and more accurate evaluation than trading for someone who has primarily played only in the preseason. Look at who the Steelers have traded for and brought in.

Crowley and Phillips aside (those two were swapped), every player dealt and received had regular season tape. Dobbs simply doesn’t, aside from the Raiders game, which isn’t tape you want to put on display if you’re trying to move a guy.

Bottom line. Best case scenario. Dobbs goes somewhere (Jacksonville? Dallas?) for a conditional 7th round pick, likely contingent on him making and staying on the roster throughout the year. Just like Cardale Jones.

Don’t get your hopes up.