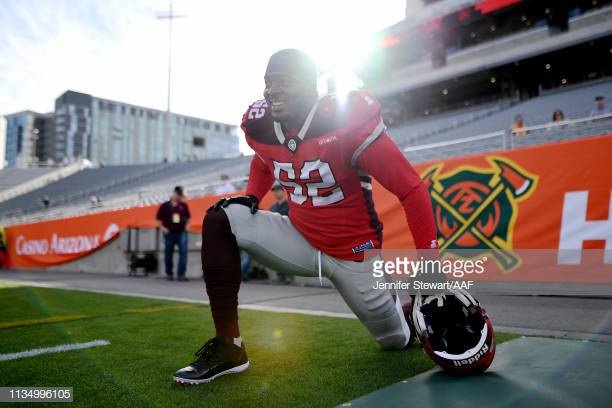 The Pittsburgh Steelers have waived/injured Lavon Hooks and signed LB Jayrone Elliott in his place, the team announced moments ago.

Hooks, as reported yesterday, suffered a season-ending Achilles injury during practice. Once he clears waivers, he will revert to the team’s injured reserve list. Given the likely severe nature of the injury, the odds are good he spends the entire year on IR. Hooks has been something of a practice squad lifer but this injury may end his football career. Even prior to it, his odds of making the team again seemed slim.

In his place is Elliott, a six year veteran. A former UDFA from Toledo – there’s another Toledo linebacker to add to the Rolodex – he spent his first three seasons with the Green Bay Packers. There, he recorded 47 tackles and four sacks. He briefly spent time with Dallas in 2017 and most recently, was part of the AAF’s San Antonio team and when the league folded, signed with the Miami Dolphins. They released him shortly before training camp began.

Elliott previously visited the Steelers during the 2017 offseason but ultimately re-signed with the Packers.

He will add depth at OLB with the team losing Ola Adeniyi for the entire preseason due to a torn meniscus in his right knee.