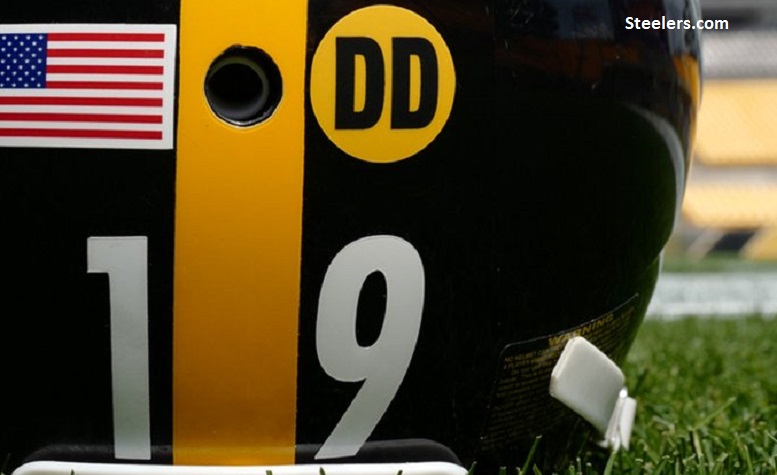 It’s been a very tough week for the Pittsburgh Steelers due to the sudden passing of wide receivers coach Darryl Drake last Sunday morning at the age of 62. The mourning of the veteran coach will likely continue Saturday night ahead of the team’s second preseason game as there’s almost certain to be some sort of tribute to Drake before the start of that contest against the Kansas City Chiefs at Heinz Field. Additionally, the Steelers announced Saturday morning that they will pay tribute to drake all throughout the 2019 season with a gold helmet decal that features his initials in black.

We will wear this decal on our helmets this season in honor of Coach Darryl Drake. pic.twitter.com/bj6JZhH0aU

Steelers head coach Mike Tomlin recently sat down with Bob Labriola of steelers.com to answer questions about the team’s final week of training camp as well as the upcoming preseason game Saturday night against the chiefs. To begin that interview, Tomlin was asked what it is that his players needed from him earlier this week in the immediate aftermath of Drake’s passing.

“I thought the first thing that they needed, and we all needed, was time to digest what transpired in some way, to digest it in individual ways,” Tomlin told Labriola. “That’s why I cancelled work last Sunday. That’s why we switched the off-day from Tuesday to Monday. It just gave guys a block of time to absorb, in whatever ways they could absorb what transpired. It also gave us time to mobilize and be thoughtful about the assistance we would give them – the professional grief counseling, etc. I think that was the first reaction in regards to the guys – to provide the space and the time so they could grieve in whatever ways that they grieve, but also time to mobilize a plan to support them in the professional ways in which they need to be supported.”

On the heels of that response, Tomlin was then asked what it is that his players now need from him now that the passing of Drake is almost a week old and the team now must play their first preseason game without him.

“They need to understand that we have to continue to live, that we have to continue to move and to move forward,” Tomlin told Labriola. “That’s life, but that’s also what Coach Drake would want us to do. Often times this week, I thought about what Darryl would want, and I know that’s what he would want. As a matter of fact, he would probably be upset with the amount of time we have given this. But that’s him, that’s the man, and that’s why the guys feel the way they do about him.”

The Steelers paying respect to Drake with a helmet sticker throughout the 2019 season is perfect and the right thing to do and it’s great to see the organization go that route. Hopefully the 2019 Steelers will do Drake proud with their effort and play and hopefully come February the organization can dedicate their seventh Lombardi Trophy to their late coach as well.