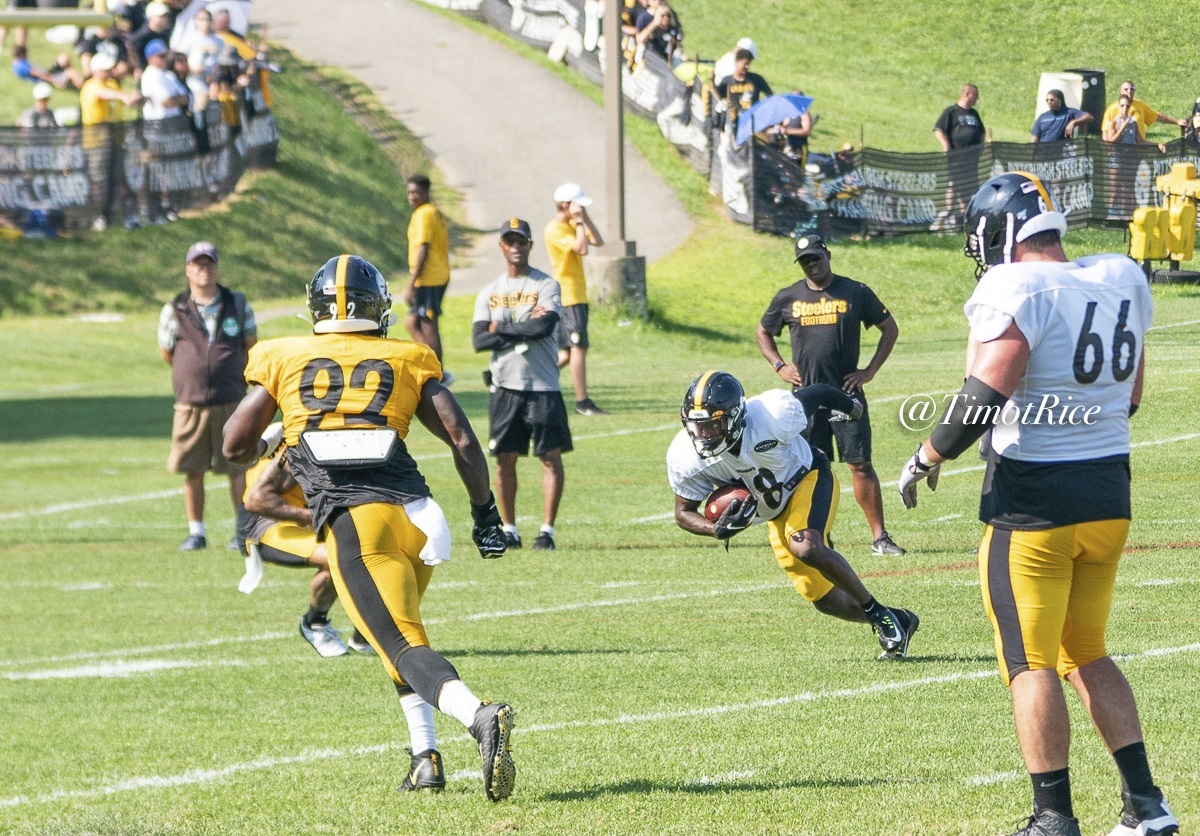 The Pittsburgh Steelers just wrapped up their 2019 Friday Night Lights practice at Latrobe Memorial Stadium and after the session was over, head coach Mike Tomlin revealed that three players suffered injuries during the evening. Those three players were wide receiver Diontae Johnson (hip), inside linebacker Vince Williams (hamstring) and outside linebacker Anthony Chickillo (hamstring).

“Diontae Johnson has got a hip that’s going to be evaluated,” Tomlin said of the team’s rookie wide receiver. “Vince Williams has got a hamstring that’s going to be evaluated. Chickillo, same thing. Happened late, don’t know a lot about those guys. Hopefully it’s day-to-day. Can’t afford to miss a lot of time, we’ve got a lot of work here in front of us as we start readying ourself to step into a stadium.”

Williams and Chickillo are both veteran players so them missing future practice time due to injury obviously isn’t as a big of deal as Johnson missing time. Johnson has been reportedly working as the team’s second-string X wide receiver to date behind starter Donte Moncrief.

If Chickillo is sidelined for an extended amount of time the Steelers might end up adding another outside linebacker to their roster as T.J. Watt is still on the team’s Active/PUP list with a hamstring injury. However, it’s worth noting that staring outside linebacker Bud Dupree reportedly practiced some Friday night after sitting out Thursday’s session.

Steelers quarterback Ben Roethlisberger, center Maurkice Pouncey and tackle Alejandro Villanueva were just a few players that were given Friday night off. It rained Friday night in Latrobe and the wet football field probably played a big part in several veteran players being held out of practice.