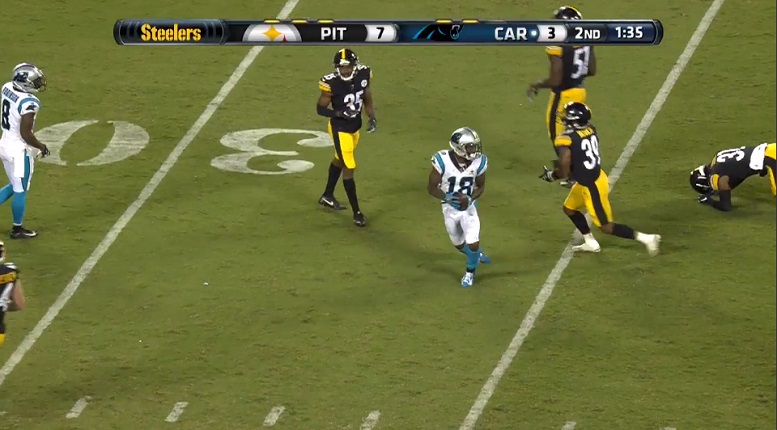 The Pittsburgh Steelers wrapped up their 2019 preseason Thursday night with a road loss against the Carolina Panthers and as expected, most of the starters on both sides of the football sat the contest out. As a whole, it appears as the Steelers exited their 2019 preseason as a fairly healthy team, according to what head coach Mike Tomlin said during his post-game press conference.

“Largely, I feel good about the overall health or our team,” Tomlin said. “You know I never complain about that. It’s fair. We’ll roll with the healthy guys, there’ll be no excuses. We’ll be excited about having an opportunity to play.”

While Tomlin didn’t give any specific updates on players who mat have gotten injured Thursday night, we do know that rookie cornerback Justin Layne went to the locker room with an undisclosed injury right before halftime.

Layne, the Steelers second of two third-round draft picks this year, was seemingly injured on a tackle attempt with 1:42 left in the first half. After initially looking like he left the field to get checked out, he came back in right away and was beaten for a deep touchdown down the right side on the ensuing play. After giving up the touchdown, Layne went to the locker room and didn’t seemingly return to the game.

The Steelers first official injury report of 2019 will not be released until Wednesday. Additionally, Tomlin will next meet the media on Tuesday to preview the team’s week 1 game against the New England Patriots. The Steelers will now need to trim their roster down to 53 active players by Saturday at 4 p.m. EST.