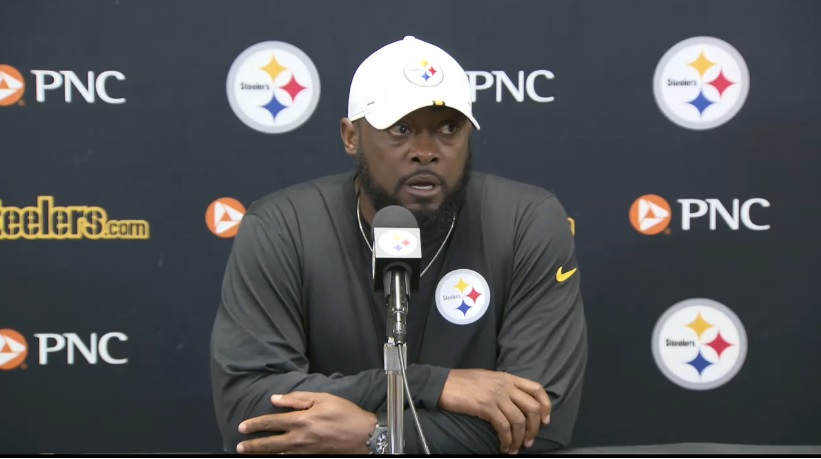 Despite the difficult nature of the last few days following the sudden, tragic death of WRs coach Darryl Drake, Mike Tomlin knows they still have to play football.

“We intend to march.”

During his Tuesday press conference, Tomlin reflected on the impact Drake left on him, the team, and everyone he crossed paths with during his football career, topics I’m sure we’ll write about throughout the afternoon. But in circling back to football, Tomlin says the team has a plan to replace Drake as the team’s receiver coach. However, Tomlin understandably is keeping those plans under wraps for now.

“We’re in the process of developing a plan there. It’s in place. I just don’t wish to discuss the intimate details. I just don’t believe that’s appropriate at this time.”

Despite not getting into the details, it appears the replacement will come in-house. And that’s always made the most amount of sense. Prying Hines Ward away from the New York Jets would be far from efficient, hiring an outside coach (granted, Ward was an intern two years ago) to lead the room in such a difficult time.

Offensive coordinator Randy Fichtner coached receivers after being hired by Tomlin in 2007. Assistant coach Blaine Stewart played receiver in high school and at James Madison and may be an option to take on a bigger role. William Gay was hired this year to serve as an intern, working with the receivers. And, of course, Tomlin played receiver at William & Mary and coached the position early in his career.

Replacing a titan of the coaching ranks like Coach Drake will be an impossible task. But it’s one they must try and do. The team heads back to training camp today and we’ll include in our camp diary who works with the group throughout today’s practice.