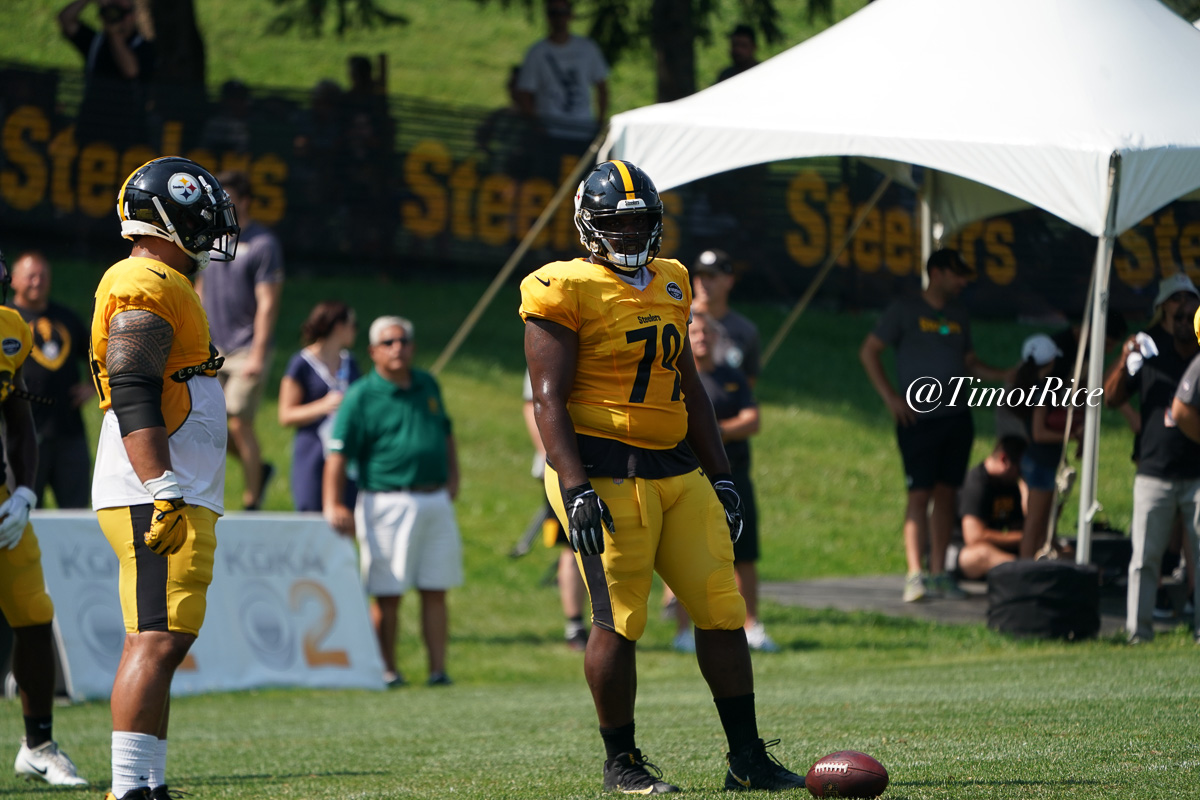 There are now 19 days remaining until the Pittsburgh Steelers play their 2019 regular season opener against the New England Patriots and that means there’s also 19 more days left for the team to sign any players currently under contract to an extension. Mind you that that’s not an NFL rule, just a longstanding Steelers’ rule as they choose not to negotiate with players once a regular season is underway.

For nearly all the offseason the two likeliest candidates to receive contract extensions after Steelers training camp got underway and prior to the start of the regular season are cornerback Joe Haden and defensive tackle Javon Hargrave. However, while there still seems to be some optimism that the Steelers will ultimately sign Haden to a contract extension sometime within the next 19 days, it’s certainly beginning to sound as if Hargrave won’t get a new deal by the time the Steelers take the field at Gillette Stadium to play the Patriots.

According to a Tuesday morning report from Ed Bouchette of The Athletic, the Steelers currently have no plans to sign Hargrave to a contract extension in the coming weeks. Bouchette also states that Steelers safety Sean Davis and outside linebacker Bud Dupree also won’t get contract extensions in the coming weeks, but it’s long been a forgone conclusion that that would be the case with those two players.

For whatever it’s worth, Gerry Dulac of the Pittsburgh Post-Gazette reported exactly two weeks ago that Hargrave will be “next at the checkout counter” after the Steelers get an extension done with Haden. This past week Dulac was asked in an online chat if there are any new rumblings concerning a possibly contract extension for Hargrave.

“Not yet,” Dulac replied. “They’re still working on Joe Haden, and that has been delayed for various reasons out of their control.”

Those various reasons for the Steelers being delayed in getting Haden signed to an extension might be related to the veteran cornerback getting injured recently during a training camp practice. Haden, however, is expected to be fine and thus be ready to play in the regular season opener against the Patriots.

If indeed Bouchette’s report on Hargrave not getting a contract extension in the coming weeks winds up being correct, the Steelers will certainly have a big decision to make next offseason and prior to the start of the 2020 NFL league year in March. With Hargrave currently scheduled to become an unrestricted free agent next March, the Steelers would likely need to place either the franchise or transition tag on their former third-round draft pick out of  South Carolina State to potentially keep him in the fold in 2020 and perhaps beyond.

Placing the transition tag on Hargrave next offseason would likely come with a price tag of around $12.555 million, according to current estimates made by Over the Cap. Additionally, using the transition tag on Hargrave would come with a great risk of still losing him to the highest bidder in free agency as that sort of tender comes with zero compensation should the Steelers ultimately decide to refuse to match whatever signed offer sheet he should bring back to the team. In short, the Steelers likely course of action should they deem Hargrave worth retaining next offseason would be to issue him the franchise tag, which is speculated right now to come with a $15.786 million price tag.

While the Steelers could and likely would attempt to negotiate a contract extension with Hargrave not long after the 2019 season ends, the likelihood of signing him to one before the tag deadline arrives would be slim. In summation, the Steelers would mostly likely end up with a franchise tagged Hargrave come deadline time and then begin the process of signing him to a contract extension throughout the remainder of next offseason. The urgency to get Hargrave signed to an extension would be high once franchise tagged because his 2020 cap charge would be that tag amount.

Currently, Hargrave is scheduled to earn a base salary in 2019 of $2.025 million as a result of him qualifying for the NFL’s Proven Performance Escalator in his first three seasons in the league. If the Steelers were to eventually sign him to a contract extension in the next 19 days, such a deal would likely come with a new money average of around $10-$11 million. I covered the possible contract extension numbers for Hargrave in a post two weeks ago that you can read here.

For now, all we can do is sit and wait to see what ultimately happens regarding contract extensions over the course of the next 19 days. While I’ve been hopeful that both Haden and Hargrave would get new deals done prior to the start of the regular season, I’ve been more optimistic that one for Haden would ultimately get done more so than Hargrave. Luckily, we now have just 19 days of wait time remaining before we find out the final verdict.