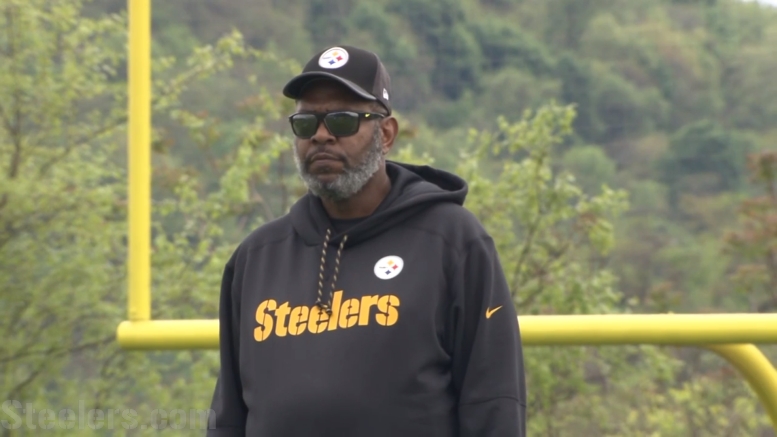 Whenever somebody dies, unless the cause is immediately obvious, the question that naturally follows is, what happened? For the Pittsburgh Steelers, the passing of wide receivers coach Darryl Drake was sudden and unexpected, and has blindsided the entire organization. He was 62 years old at the time of his death, well into his fourth decade as a coach and in his second season with the team.

According to Ed Bouchette of The Athletic, Drake actually complained of chest pains on the night that he died, and even paid a visit to a local hospital to have some tests run. While the result did not reveal any abnormalities, doctors still wanted to retain him overnight to observe him.

He chose to decline the overnight stay, returning to Saint Vincent College, where he would proceed to attend coaches meetings later that night, but he would be found in his bed having passed away the next morning.

It’s a tragic story that will inevitably be having people wondering how things might have been different had he chosen to stay in the hospital. It’s easy to think that perhaps he might still be alive today if he had medical attention immediately on-hand if any abnormality were to sudden arise.

The Steelers canceled their practice session for that day, on Sunday, in addition to moving their Monday practice to Tuesday, which was scheduled to be an off day, giving the players and the entire staff a couple of days to grief and to process their emotions.

They returned to the grass of Chuck Noll Field on Tuesday, back to business, but not business as usual. While visitor Ray Sherman—a longtime positional coach and coordinator with a lot of experience working with wide receivers—had jumped in to work with the group along with coaching assistant Blaine Stewart and coaching intern William Gay, it goes without saying that things simply are not the same, and won’t be for some time.

It’s far to say that anybody who spent a decent amount of time in one of his position rooms will not forget his influence any time soon. That may prove especially to be the case for a player like JuJu Smith-Schuster, on whom he had a big impact at such a young age.

It seems that the Steelers are still working on putting together a more long-term response to the void left in their coaching sphere with Drake’s passing. It’s not clear if Sherman will jump aboard and serve as the wide receivers coach this season or if he is simply helping them to bridge the gap as they process their tragic loss and find an alternative.

One thing is clear, and that is that these players will be motivated to do their best to try to honor the man’s memory. That goes not just for the wide receivers, but for the entire offense, and really the entire locker room, since his reach clearly extended beyond his own position group.