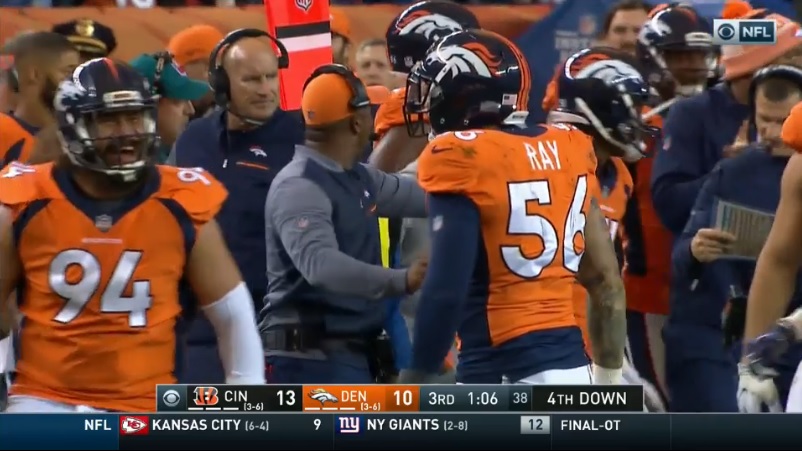 This year, the team made two additions at two of their biggest positions of need following an offseason exodus at both positions, signing high-pedigreed players in wide receiver Michael Floyd and outside linebacker Shayne Ray.

Now, neither of them will make the Ravens’ 53-man roster, as they were released yesterday. Of course it remains to be seen who will earn the roster spots at each position later today, but it’s notable that these names will not be among them.

Neither player was signed to a significant deal, granted. I believe Floyd’s contract included no guaranteed money, and Ray had just a $200 thousand signing bonus, so that’s not a substantial sum, relatively speaking, in terms of dead money.

From the looks of it, the Ravens are likely to keep the following six wide receivers: Willie Snead and Chris Moore, veterans returning from last season; Seth Roberts, signed in free agency; Jaleel Scott, a second-year player; and rookies Marquise Brown and Miles Boykin.

At the outside linebackers spots, Matthew Judon will of course start on one side, and it looks as though Pernell McPhee—another street free agent pickup—who formerly played for the Ravens, will start at the other end. Third-year guys Tyus Bowser and Tim Williams make up the second string, and the rookie Jaylon Ferguson will of course make the team as well.

Last season, the Steelers made significant free agent additions at wide receiver, to the point that all their of their primary wideouts were new to the team. Snead, who plays in the slot, is the only holdover. Michael Crabtree, who only recently found a new home, was released one year into his new deal, while John Brown played on just a one-year contract and signed for more in free agency.

Baltimore had quality depth at outside linebacker, but they lost two key players in free agency in Terrell Suggs and Za’Darius Smith, who along with Judon made up the core of their pass rush. They are now largely depending upon the final maturation of prior investments in Williams and Bowser to provide depth.