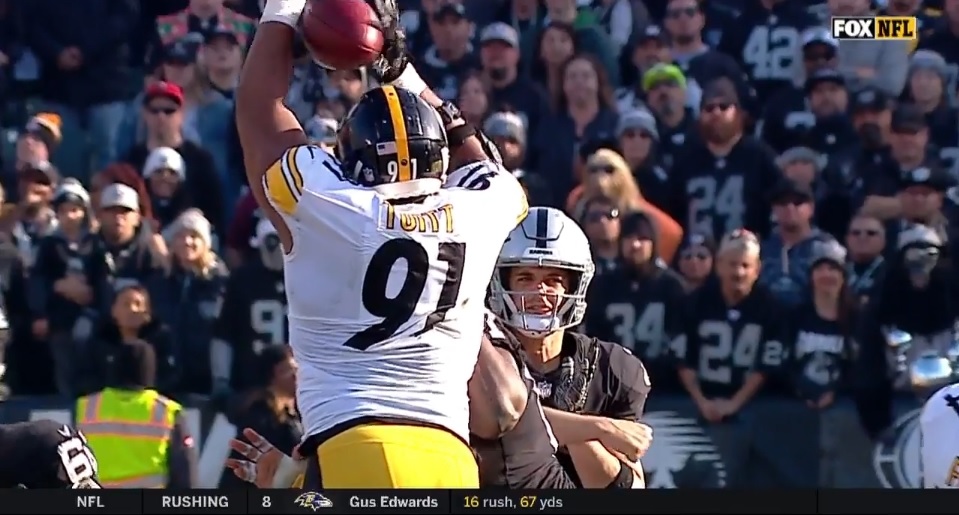 In the last installment of the Ranking the Starters series for the Pittsburgh Steelers, I took a look at No. 18-16

Today, I’m going to speed things up with the series and take a look at No. 15-11, meaning there’s just three installments left in this series to make sure we get it in before the start of the regular season.

I think it’s safe to say we’ll see some changes here in this group this year.

Some will say this is too high in this list for a journeyman wide receiver like Donte Moncrief, but I’m really projecting him to have a huge year while finally playing with a great quarterback like Ben Roethlisberger.

In 2016 with a healthy Andrew Luck, Moncrief had a really good year, putting up a line of 64/733/6. I think he can surpass that this year with Roethlisberger. This will be the best offensive scheme he’ll be in in his career, and should have a huge role as a No. 2/3 with JuJu Smith-Schuster and James Washington.

I just hope he can shake off the finger injury he suffered in camp because he’s an immensely talented wideout who gets open consistently.

The Gravedigger has proven to be a tough man to block for interior linemen in the NFL. Unfortunately for him – as well as the Steelers – there’s just not a clear path for him to get onto the field more.

Undoubtedly, that understanding has played into extension talks as the Steelers aren’t willing to pay for a guy who sees the field less than 50 percent of the time, even if he is a supreme talent.

I’d like to see Hargrave become a bit more consistent of a pass rusher when lined up over center, but I really can’t complain about the guy at all. He has an unreal motor, plays the run very well, and simply gets results when on the field.

Some will say it’s unfair to place a rookie over some of the veterans that I have without seeing the rookie play real football, but I’m projecting Devin Bush to have a monster rookie year and compete for the league’s Rookie of the Year award.

We know how good Bush is defending sideline to sideline, as well as coming downhill as a run defender and blitzer. I’m curious to see how he holds up in coverage, but it’s so nice to have a physical freak at linebacker once again for the black and gold.

Tuitt ties Chris Boswell for the biggest tumble in this series for me, and it’s simply because he struggles to stay healthy and produce the way he once did.

I’m still a big believer in Tuitt and his abilities as a high-end bookend with Cam Heyward, but he’s constantly battling through some sort of injury and has struggled to make the plays he once did.

If he can stay healthy and really let loose again, the Notre Dame product could be in for one of those season’s he turned in before he signed his extension.

As he ages, Ramon Foster continues to get better and better.

No, he’s not as athletic or as powerful as some of the other guards in football, but he’s an absolute technician who has seen it all at this point in his career who excels in both phases of the game for offensive linemen.

Most importantly, Foster is arguably one of the best leaders in that locker room and is the voice of reason to the public more often than not. Not bad for an undrafted guy out of Tennessee.