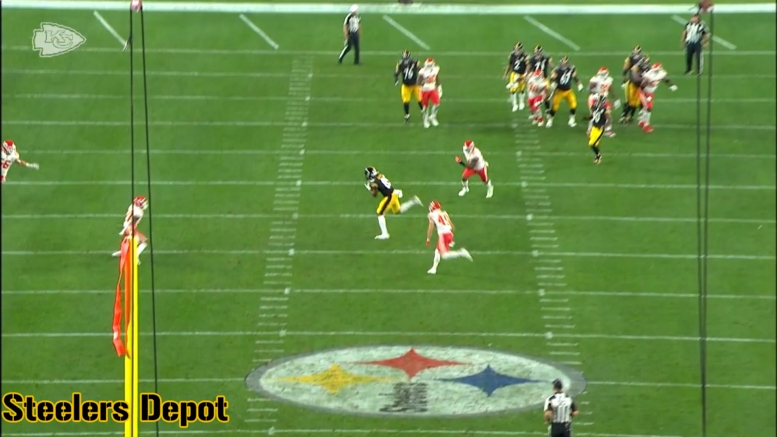 The Pittsburgh Steelers had to make do with what they had on-hand at the tight end position last night, with both rookie Zach Gentry and first-year Pathway player Christian Scotland-Williamson unable to participate in their second preseason game. The latter suffered a minor injury in the first preseason game after just a handful of snaps. Gentry played out the game, catching a touchdown pass, but would be nagged by injury during the week.

That left just Vance McDonald, Xavier Grimble, Kevin Rader, and Trevor Wood to man the position for the game, and for obvious reasons, the Steelers had great interest in preserving McDonald, their prized starter at the spot who could be poised for a breakout season.

McDonald is the only player truly assured not only of his roster spot but also his status. While Grimble has been on the 53-man roster for the past three seasons, it has consistently been as the number three option, barring injuries, so he is still auditioning for the full-time role of number two, and last night was an opportunity for him to showcase whether or not he could live up to that task.

And his first real assignment, at least as a passing target, was one that he put on the ground. Late in the first quarter, deep in their own end on second and nine, Grimble was open for Mason Rudolph, but he couldn’t secure it, putting the ball on the ground. The Steelers had to punt one play later.

The question about Grimble hasn’t really been about his blocking. He is a sufficient blocker, and had done well on a series of run plays for James Conner just prior to that play in the passing game. But following the Matt Spaeth era, the team is looking for the number two tight end to be a more versatile two-way player.

Grimble did come back and redeem himself about five minutes into the second quarter. The Steelers needed a big conversion on third and 11 and Rudolph got the ball do him down the field under similar circumstances, completing the catch in traffic.

His only other target in the game came at the end of the first half, with Joshua Dobbs missing him badly low and behind him on a crosser on third and five from the Kansas City Chiefs’ 38-yard line. The Steelers decided to go for it on fourth down, missing a deep shot.

It may have been okay for Spaeth to catch one pass per month, but Jesse James shifted that model, where the team wants to have two pass-catching options at the tight end position. Grimble putting a critical ball on the ground did him no favors in earning confidence, but then he did come back and make a similar play later on.

So where does that leave the discussion? He’s made some big catches before in the past, but they’ve been very sporadic. What kind of overall receiver can he be? Despite being in his fifth year with the organization, we still know somewhat little about him.