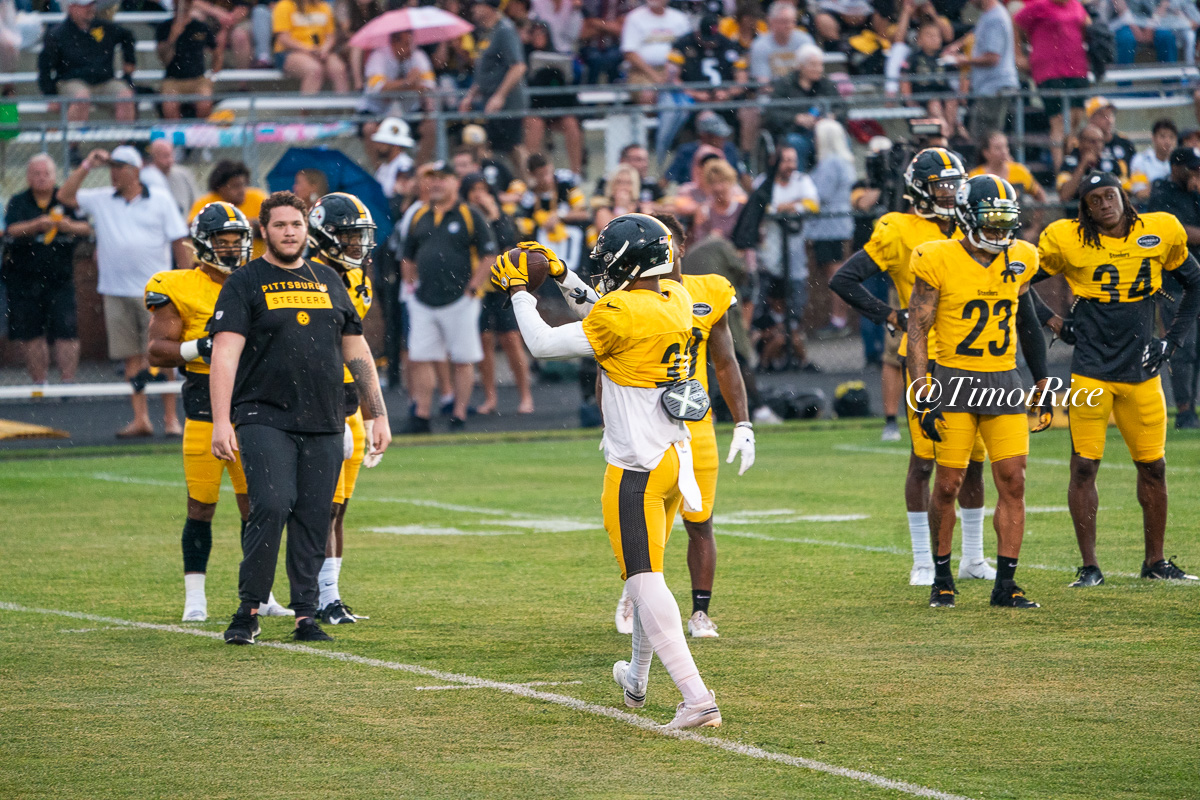 When asked to describe the play of his first-round draft pick, Pittsburgh Steelers Head Coach Mike Tomlin told reporters of Devin Bush that he was less interested in evaluating the linebacker’s performance than he was examining his demeanor and how he handled the situations that he was placed in.

The same could be said for any young player, especially rookies, and that certainly is true of third-round draft choice Justin Jayne, the cornerback out of Michigan State who only converted to the position once he got to college ball.

He had a rough go of it during his first professional game, in which his most high-profile moments were the tackles that he missed, which helped lead to a pair of touchdowns for the Tampa Bay Buccaneers, including the final play of the opening drive.

But nothing we saw from Layne, who is, in fairness, nursing a minor injury, came as a shock. He is pretty raw and is probably going to spend his rookie season on the bench. Which is all the more reason for him to be playing now.

With Joe Haden and Steven Nelson not playing—and Artie Burns and Brian Allen also nursing some minor injuries—the rookie started alongside Cameron Sutton, and he would go on to play the majority of the game, over 60 snaps, one of two defensive players toe see more than 50 on the night. And Tomlin had one clear message for him: pay attention.

“Coach told me before the game, he said, ‘hey, you’re gonna learn today”, Mike Prisuta for the team’s website quoted him as saying following Friday night’s win in the locker room. “After I messed up some plays, he said, ‘you’re gonna learn, it’s the time now’. So why not?”.

Such is life in the NFL. Especially in the preseason, much of your learning comes through trial by fire, and for a player like Layne who is still relatively new to his position—not unlike T.J. Watt two years ago—the more reps he can get now, the better off he’ll be.

No matter the growing pains, and there was quite a bit of pain. Layne was frequently targeted because he played so far off—according to Pro Football Focus, nine times, giving up eight receptions for 80 yards and a touchdown.

“At first, I feel like it’s normal jitters every rookie has”, he admitted. “Football, you’re gonna mess up some plays, miss some plays. I’m just going to have fun just going out there with the boys. I think I had fun”.

Now it’s about watching the tape and making the adjustments, hoping that he can come back up later this week and turn in a better performance. He likely has a secure roster spot, but if he has any hope of getting off the bench, he’ll need to show a good deal more than he has up to this point.