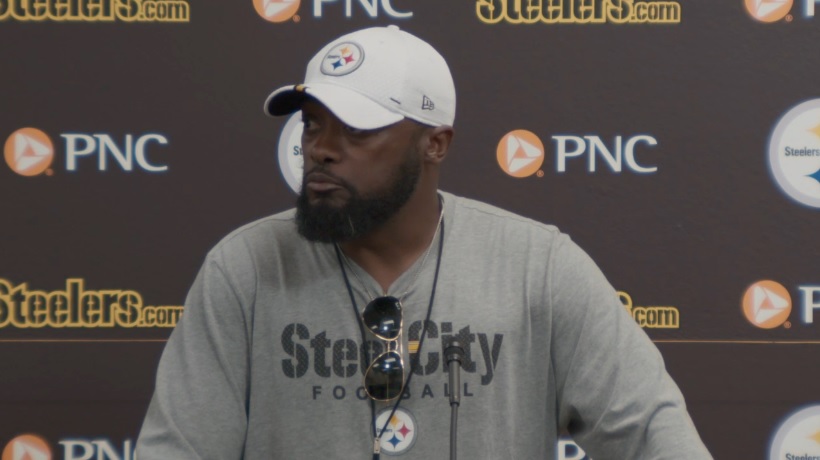 The Pittsburgh Steelers closing out the preseason against the Carolina Panthers has become a tradition of sorts, and is when a lot of roster spots are won or lost, players solidifying their future and edging out others, usually veterans, with strong performances. We saw a couple of players make a strong push toward a roster spot tonight, but not all of them will get there.

Other areas of the team lacked that sort of push, such as the third-string offensive line, which was less than ideal, and particularly while Devlin Hodges was in the game. Hodges’ performance itself was arguably the weakest he’s shown in three games of play as well irrespective of line play, but he had only the slimmest of chances to make it onto the roster anyway.

Following the game, the first preseason game they’ve lost, Mike Tomlin was asked about what he was looking to see, and whether or not he actually saw it. “More than anything I wanted to see guys leaning at the tape”, he said. “It’s been a long process, a tough process in a lot of ways for young people, and I didn’t want to see guys limp across the finish line”.

The Steelers did lose this football game, but they also saw some strong individual efforts, from players such as those I have already talked about tonight, including rookie outside linebackers Tuzar Skipper and Sutton Smith, both of whom contributed on defense and special teams.

Isaiah Buggs and Henry Mondeaux both stepped up along the defensive line and will likely both be a part of the 64-man nucleus that makes up the Steelers’ regular season roster, between the 53-man roster and the practice squad.

Offensively, the player who stepped up the most was perhaps Johnny Holton, who caught three passes for 88 yards, including a 44-yard reception and a 31-yard touchdown pass from Mason Rudolph. Tomlin only gave Rudolph about six minutes of play, but that was enough to solidify himself as the number two quarterback.

Holton’s late success makes the 53-man decision at the wide receiver position even easier, and unfortunately the poor play along the offensive line has the quarterback room set in stone as well. Hodges played an entire half, but was hardly able to do anything. He completed 10 of 20 passes for 73 yards and an interception.

Those who leaned in, most of them will be kept. Those who limped to the finish line, many of them will be on the outside looking in. That’s the measure of the fourth preseason game, and we saw it play out in 2019 as we often to.

#LIVE: Coach Tomlin addresses the media following our game against the Panthers. https://t.co/TRNYtVNOfI