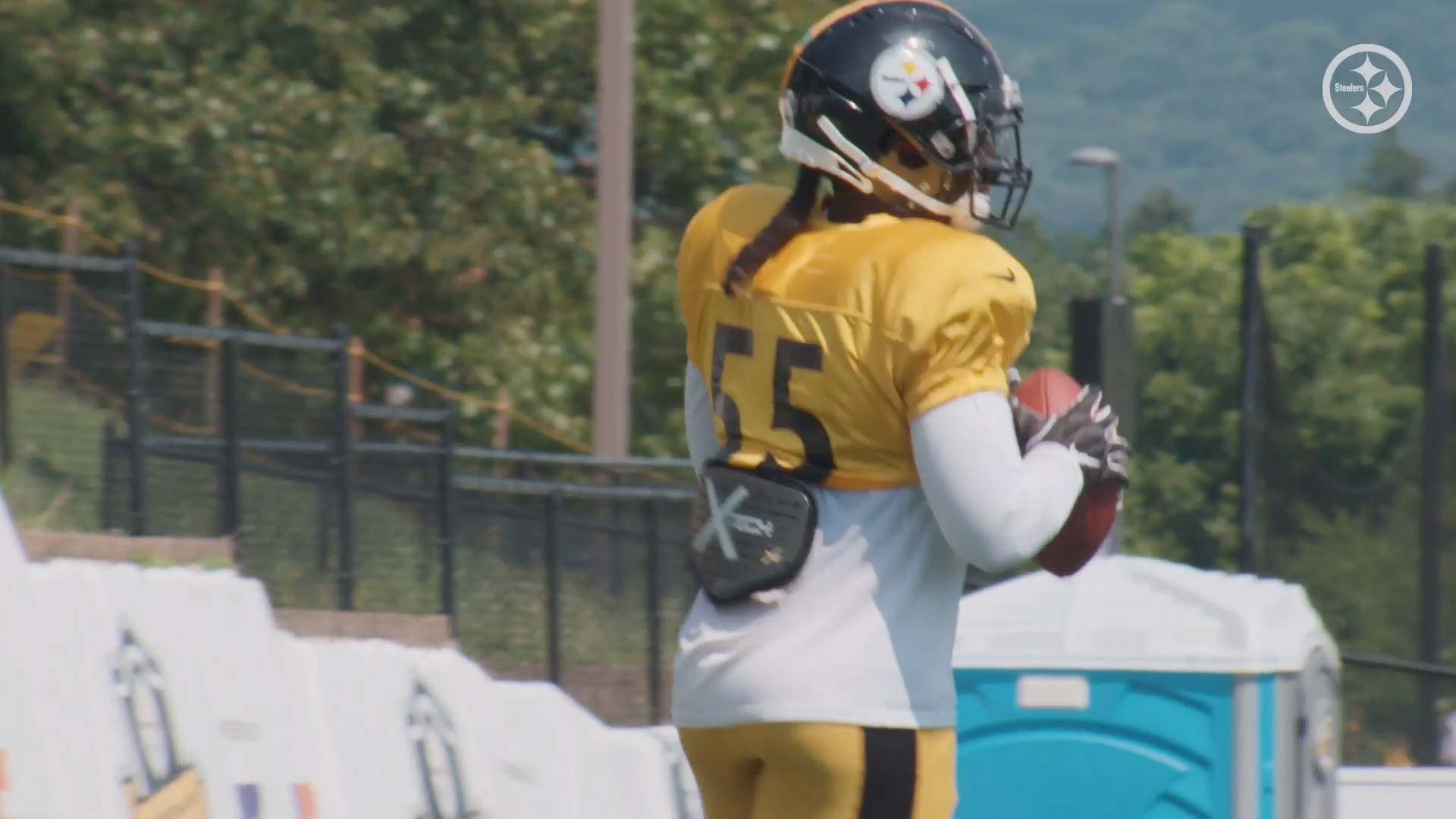 One was selected with the 10th-overall pick in the 2019 NFL Draft. The other was taken over 100 picks later in the fourth round 122nd overall. And the two of them have been matching up against one another with great frequency in training camp, putting on a hell of a show, and a competition, which Pittsburgh Steelers Head Coach Mike Tomlin said recently more or less epitomizes what they are looking to do out here.

The first one is Devin Bush, Jr. The other, Benny Snell, Jr. Both of them sons of professional football players. Bush Sr. was a first-round safety and Super Bowl champion. Snell Sr. actually played in the original incarnation of the XFL, but he also has the great Matt Snell in his family tree.

Football is in the blood of these two kids, and it’s apparent in the manner in which they approach the game with great enthusiasm and dedication. They may be entering the NFL with different pedigrees and being met with a different set of expectations, but the way they approach the same is incredibly similar.

Said Tomlin after Saturday’s practice at Heinz Field about the essence of football, “it can be described as simply in the matchup between Devin Bush and Benny Snell. Just young guys with similar resumes fighting their tails off to get better and show that they belong”.

“But the same could be said for a lot of guys”, he added. “That’s what this process is about. That’s what makes this exciting”.

Still, there’s a clear favoritism that Tomlin has for the matchup between these two players, and the reason for that shouldn’t be oblique. He has bit them against one another at seemingly every opportunity, including the blocking version of the backs on backers drill as well as the coverage edition. Several reps, consecutively.

It’s iron sharpens iron, or steel sharpens steel, if you will. Two similarly driven individuals being pit against one another, knowing that they will compete for every inch and in the process make each other better through the competition.

This is what Tomlin tries to do with every hand-picked matchup that he selects, of course, looking for the pairings that will work to strengthen each individual, but Bush versus Snell so perfectly seems to encapsulate the spirit of that process.

And it shouldn’t be much of a surprise that both of them are early fan favorites. Almost anybody they select in the top 10 is going to get instant fan favorite status, but Snell’s demeanor has been easy for all to see. Snell yeah.