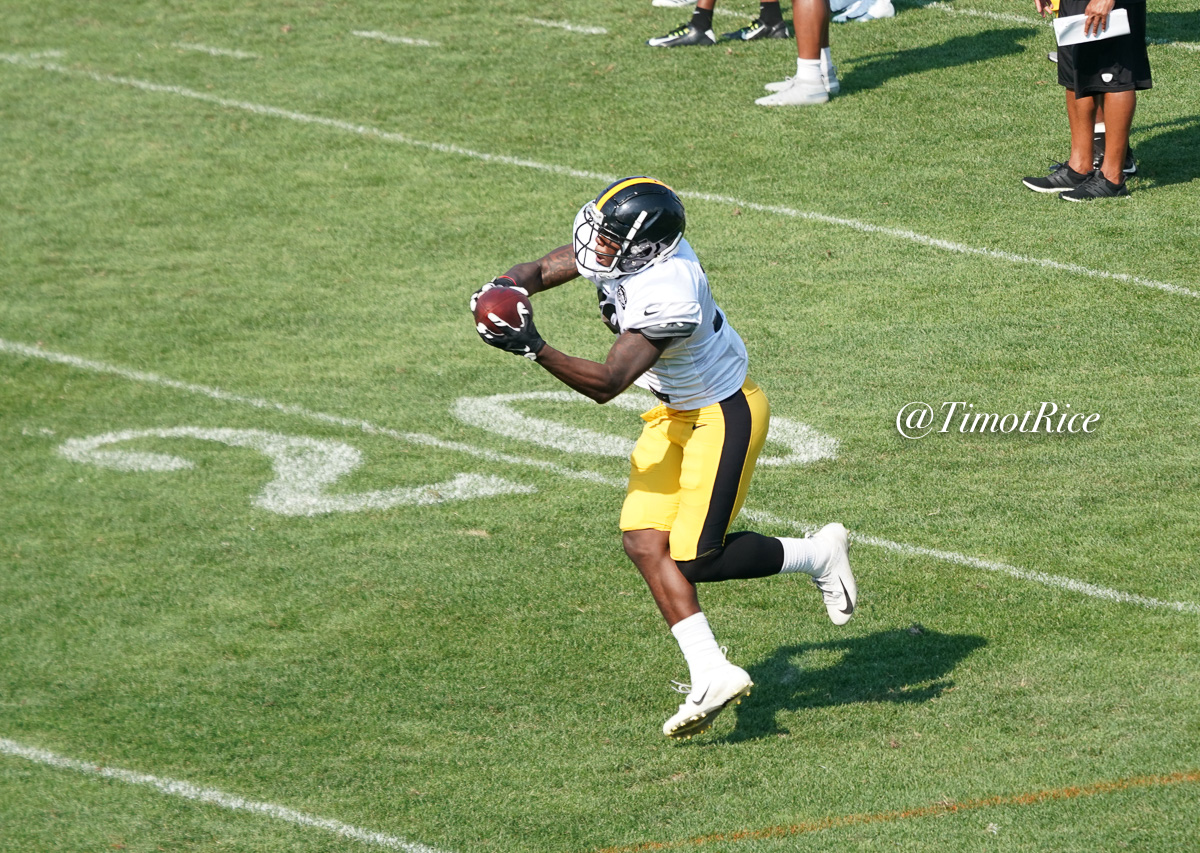 The Pittsburgh Steelers entered training camp with some serious questions about their depth at the tight end position after losing Jesse James in free agency. While Vance McDonald looks primed to have a career year, provided he can stay on the field, question marks surround everyone else on the depth chart.

But we’ve seen some of these young players start to answer those questions. While they’re all flawed and far from finished products, they have made headway and shown some potential. Zach Gentry, the fifth-round pick, has opened eyes with a couple of receptions. Kevin Rader has made some plays as well.

And then there’s Christian Scotland-Williamson, the International Pathway player who spent the 2018 season on the practice squad as the 11th man exemption. The English rugby player looked like someone who’d never played football before, but he has shown real growth as we approach the first preseason games.

This has been observed not only by us, courtesy of Alex Kozora, but by others as well, and Pat Kirwan asked Mike Tomlin about it last night during an interview on SiriusXM. In fact, Scotland-Williamson was the leading question, and the head coach had some interesting things to say about him.

In fact, things were too fast for Scotland-Williamson a year ago, which is why he had few opportunities to participate in the preseason. He played only a handful of snaps, and was targeted once, catching the pass for a five-yard gain. but his performance so far this preseason clearly indicates that he will have more opportunities this year.

“Man, the ground that young man has covered, the ways that he’s improved, not only in terms of skill, but in terms of shaping his body for this game”, Tomlin said, has been notable. “That guy’s earned the respect of every man out here and really is working his tail off. Got a legitimate shot to be a part of this thing”.

It might be a bit surprising to hear Tomlin say that Scotland-Williamson has a ‘legitimate shot’. I for one can’t help but wonder how his practice squad exemption may actually hurt his chances of making the 53-man roster, since that would allow them to save a spot elsewhere—assuming he doesn’t get claimed off waivers as they try to move him to the practice squad.

There are no exemptions when it comes to the 53-man roster. He either makes it as one of the 53, and all that implies, or he doesn’t. So will he be one of the three best tight ends come September? We’ll learn more as we get inside of stadiums.