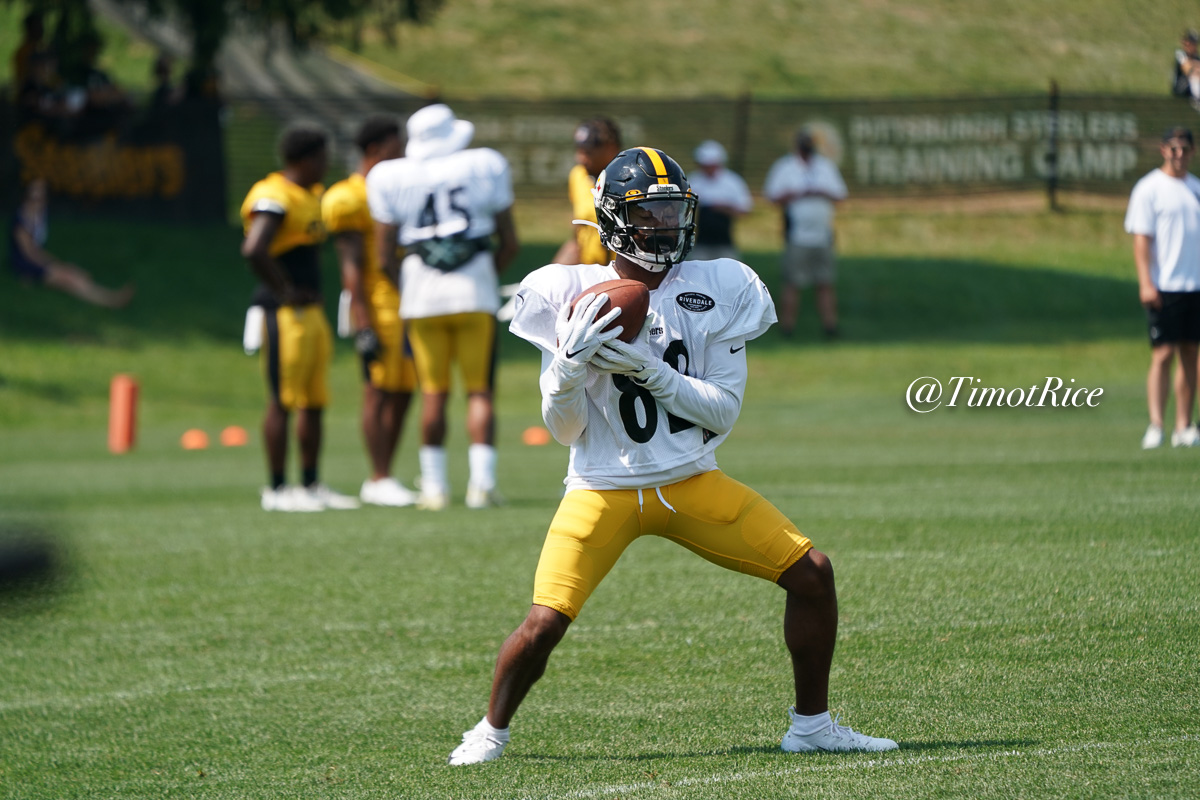 Who will be the Pittsburgh Steelers kick and punt returners when they host the Tampa Bay Buccaneers on Friday? Mike Tomlin isn’t sure and if he does know, he wasn’t willing to divulge that information in his Wednesday press conference.

“That’s still up in the air,” Tomlin said. “A lot of it is due to player availability, the fluidity of who is available this time of year from a practicing standpoint. We’ll keep a light on for all of those guys, some guys that’s been missing day-to-day action like Johnson, who you want to leave a light on and maybe get an opportunity to see.”

Johnson has dealt with hip and most recently, groin injuries that sidelined him for yesterday’s practice. It’s certainly possible he sits out the preseason opener.

Elsewhere, Ryan Switzer is the team’s established return man on both kicks and punts. He’ll probably get first crack at it. The most exciting name in the mix though is Diontae Spencer. An electric return man in college and the CFL with 4.3 wheels, Spencer has shown his speed in team drills throughout practice, averaging over 16 yards per reception. But it’s difficult to gauge return ability and performance in special teams. It’s repped but done at half speed with the focus on technique and blocking and the return man following his blocks the correct way.

Eli Rogers has been the team’s punt returner in the past while Johnny Holton could be a late-game option as a kick returner. He’s fielded a few of those in camp and got work there in his college days at Cincinnati. But Spencer and if he plays, Johnson, are the two names to circle.

Special teams in the preseason can be a mess. It’s a collection of young, inexperienced players without much of a special teams background. All trying to play together as a unit for something that isn’t practiced as much and can’t be effectively replicated in Latrobe the way it can be inside a stadium. That puts the onus on the return man to make something happening. Breaking a tackle, finding a lane, running away from 10 defenders – the kicker doesn’t count – all trying to make a play and earn a job.