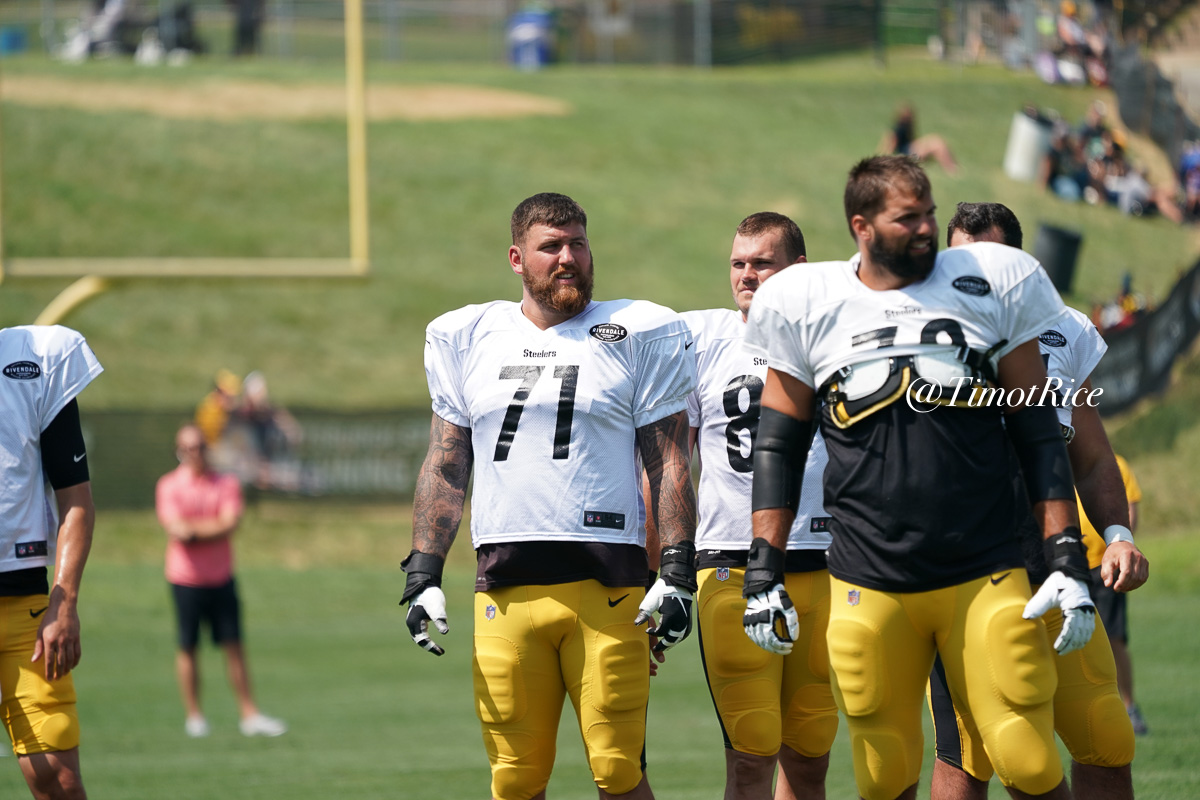 Similar to last season, the Pittsburgh Steelers have a couple of starting jobs up for grabs. Dissimilar is how those competitions feel. Entering training camp, I don’t think many people, for example, feel particularly worried about who is going to start at right tackle or mack inside linebacker, because the team was able to acquire a respectable amount of talent to make that a legitimate competition.

And in the case of the right tackle spot, that’s a competition that they thrust upon themselves when they elected to trade Marcus Gilbert (thereby getting rid of his salary cap his of several million), doing so only because they already knew they had some viable options in-house to replace him.

That includes Matt Feiler, the 27-year-old third-year player out of Strasburg, who has as good a chance as anybody to be the Steelers’ next starting right tackle. His primary and potentially only realistic competition is Chukwuma Okorafor, the second-year third-round pick, but it was the former who started 10 games last season and played above-the-line ball.

General Manager Kevin Colbert spoke with Mark Madden yesterday in a fairly length interview that touched on a number of topics, but one of them was the battle at right tackle. Madden asked Colbert if it remains open, with Feiler continuing to take first-team reps

“So far, Matt’s having a really good camp, and I sit back and watch him and I’m really pleased with how he has improved”, Colbert said of Feiler, recalling how he was brought in more as an interior player and how he has transformed his body over the years, learning from Mike Munchak and now Shaun Sarrett. “He came from, really, football nothing to turning into a potential starter”.

Feiler started 10 games in 2018, but Gilbert missed 11. It was Okorafor who started that 11th game when Feiler was a bit nicked up himself, starting against Von Miller and the Denver Broncos. They lost the game, but the rookie held his own.

“When he had to play last year when Matt got hurt, he did a nice job against Von Miller”, Colbert recalled. “He gave up one sack, but the rest of the game, he showed us that he could play. So I think that’ll be an interesting group. Right now Matt’s running ahead of Chuks, but we’ll see how it continues to unfold”.

He also said of Okorafor that he “has starting abilities as he continues to grow”, which is of course what they saw in him when they took him in the third round a year ago when many fans hadn’t even heard his name before.

Regardless of who wins, I know I can at least say that I have a fairly significant degree of confidence in the team’s offensive line and their depth there as well. Even behind Alejandro Villanueva, Feiler, and Okorafor, there is potential in Zach Banner, Jerald Hawkins, and the rookies, Derwin Gray and Damian Prince.