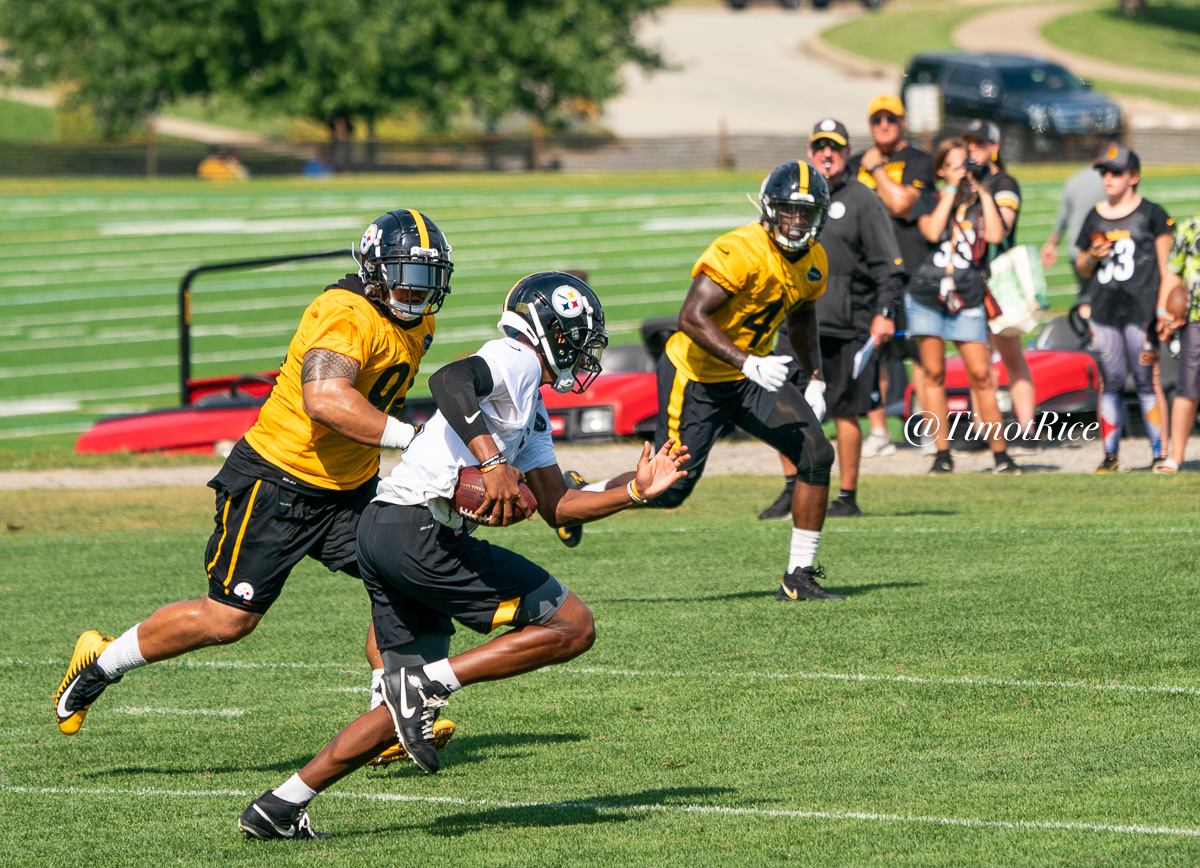 Joshua Dobbs will start at quarterback for the Pittsburgh Steelers tomorrow in their preseason opener against the Tampa Bay Buccaneers at Heinz Field. While he has been on an upward trajectory in recent passes, however, I imagine that he is looking forward to seeing some defenders other than his teammates for the first time since he was in Oakland.

Speaking to reporters earlier this week, he was asked about what he was seeing from the unit this year so far in training camp, and he was highly complimentary of what he’s been seeing. “They’re flying around. They’re doing a great job. They’re making everything competitive”, he said, via an interview broadcast on The Fan.

“They’re making tight windows out there to throw the football in, and I think they’re doing a good job of getting their hands up at the line of scrimmage to get into our throwing lanes to disrupt balls right at the jump. That leads to hopefully turnovers in the secondary”.

Dobbs has been responsible so far for giving the defense his fair share of the interceptions that they have earned so far in training camp, and many of them have been of the deflected variety. More noteworthy, however, is what he is seeing from the other side of the ball after he does find success.

“They’re doing a good job. It’s fun to compete against them. They’re growing every day”, he said. “Something will work one day and then they’ll have it fixed the next day, so that’s good to see. Obviously, you wish everything will work in practice, but that’s why we’re competing against each other, so it’s good to see that”.

It’s imperative that the defense takes a step forward this season, as the Steelers’ inability to preserve leads contributed to the end result of five of the seven games that they failed to win last season, including the opening-day tie against the Cleveland Browns. They held a 21-7 lead in the fourth quarter of that game.

With the additions of players like free agents Steven Nelson and Mark Barron and then first-round pick Devin Bush, the Steelers hope that they have added some significant talent to the group that will make a substantial difference this season.

There is also optimism about the continued growth of younger players, particularly at the safety position in both Terrell Edmunds and Sean Davis, the latter of whom is in his fourth year in the NFL, but just his second playing free safety.

The defense had its highlights in training camp last season as well, including 20 interceptions, which failed to translate into play in the regular season, but one can only hope that they handle opposing offenses this year at least as well as they handle their own.