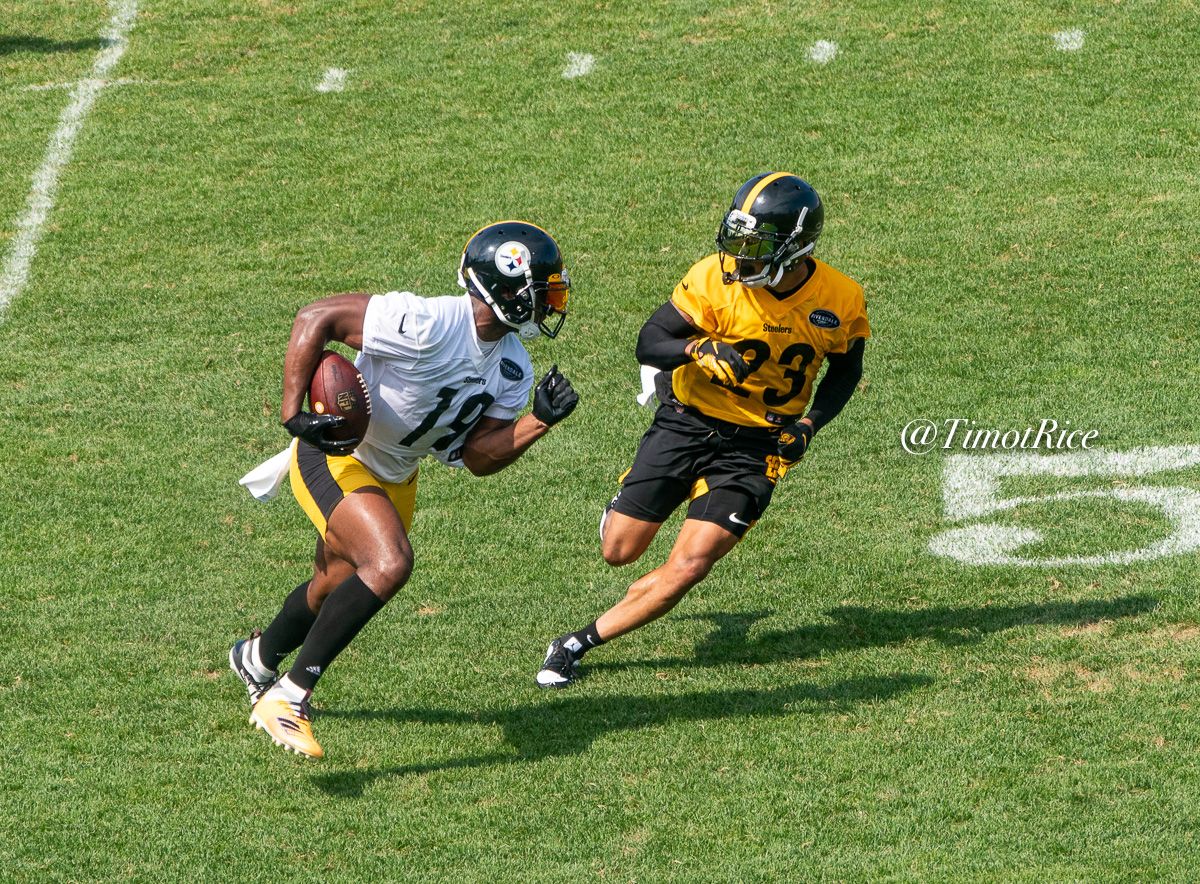 Joe Haden says Joe Haden is going to be ok. Let’s hope he’s right. All signs point to him avoiding the worst after being carted off with an ankle injury during Wednesday’s practice. In addition to multiple media reports that describe the ailment as minor, Haden sent this tweet out moments ago that seemed to confirm that notion.

Thank you for all your thoughts and prayers! Ima be just fine🙏🏽

Earlier today, he sent out this photo promising to hand out jerseys he planned to give away following today’s practice. That obviously didn’t happen due to the injury.

Unfortunately I wasn’t able 2 give out the rest of my jerseys…. but I got y’all Monday! pic.twitter.com/BKaBFIrvFf

Haden appears to have suffered the injury breaking up a pass intended for WR Tevin Jones on the second play of the second team session. Despite the scary description of him needing a cart, Haden didn’t remain down on the field after the play happened and seemingly made his way off to the sideline without any assistance. The cart appears to be a precaution and to avoid him making the long walk back to the facilities, a proactive idea to any player who suffers a lower body injury, even a minor one.

While it’s unclear when he’ll be able to return, it’s possible he sits out the entire preseason given the tricky nature of any ankle injury, the odds seem strong of him not missing any regular season action. It would be a similar story as Ramon Foster, who suffered an even scarier-looking knee injury in 2018 but got a much better prognosis after the fact. He was able to return for the regular season opener against the Cleveland Browns, though he said had the game been incredibly humid, his lack of conditioning would’ve forced him to sit out.

The Steelers have said they’ll offer an update on Haden’s injury following Friday night’s game against the Tampa Bay Buccaneers.