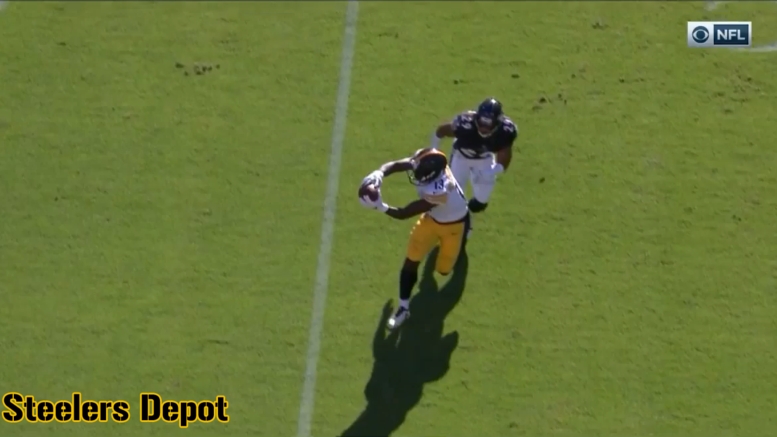 James Washington struggled with a number of different facets of the transition from the college game to the pros last season in his first year with the Pittsburgh Steelers as a second-round draft pick. He struggled to pick up the playbook. His route-running lacked nuance. His conditioning was not ideal. And his rapport with his quarterback, Ben Roethlisberger, is not where it needed to be, as evidenced by the number of miscues between the two that resulted in him having a catch rate of just 42.1 percent on 38 targets (finishing with 16 receptions).

There were signs of progress toward the end of the season, but he is hoping to have taken major strides in all of those areas heading into year two. The most evident has been the improvement in his conditioning, and so far, he has two strong preseason games to show for the work he has put in.

Now the next step is showing that with Roethlisberger in the lineup, which is what the third preseason game is for. “It’s real important for us to get that chemistry down and just get everybody on the same page”, he said after practice yesterday, via The Fan.

Washington is expected to start as the primary number three receiver entering the year behind JuJu Smith-Schuster and Donte Moncrief, but the Steelers spent about 78 percent of their snaps with three or more receivers on the field last year (second-most in the league), so there will be plenty of time for him (and others) to play.

“It feels good, everybody’s healthy so far”, he said in commenting on the state of the wide receiver room. “Just getting us all out there together and getting on the same page with [Roethlisberger], it’s what we’re working toward”.

The Steelers will travel to play the Tennessee Titans on Sunday. It’s not clear how much Roethlisberger will play, but he did play about the first 20 minutes last year, spanning three drives and 24 plays. He led one touchdown drive and saw his final drive end in a turnover on downs.

Roethlisberger has previously talked this offseason about how he wants to see how the young and new wide receivers are on the more subtle elements of the game, like being able to pick up hand signals and run in the no-huddle. “I felt like I’ve grown on it, just like mistakes over the last year, just studying him giving signals to other guys”, he said. “I feel like we’re ready to go”.

How much playing time will he see with Roethlisberger, though? In the second preseason game, it was Smith-Schuster and Moncrief, with Eli Rogers in the slot, opening the game, so Washington may have to split his reps. And they’ll want to work Diontae Johnson in there as well.