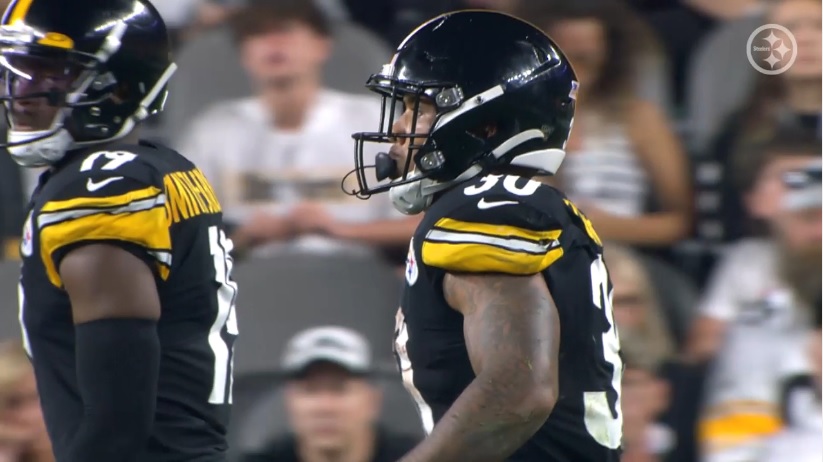 James Conner may have played longer than was originally intended.

Not that he would mind.

The Pittsburgh Steelers’ starting running back finished his 2019 debut with six carries for 28 yards, essentially playing the entire first quarter. Chalk that up to the initial offensive struggles requiring a longer look at the first team. For Conner, he was just happy to be back on the football field.

“Anytime we get a chance to be on the field versus another opponent in a stadium and we can get film from it, that’s an opportunity to learn,” he told reporters via Steelers.com after the game. “I was happy with the playing time I got today. I could’ve went more but it was coaches call. Playing football, I love playing football, so good opportunity for us.”

Truth be told, it was one of the first chances he’s had to get hit since Week 17 of last year. The team has been careful with him throughout training camp, often holding him out of the full-contact sessions and letting him stand on the sidelines as younger, more inexperienced backs like Jaylen Samuels and Benny Snell got long looks.

Consider this. Over 14 training camp practices, 13 of which Conner practiced in, he carried the ball only 23 times. Far less than Snell (47) or Samuels (32). Of course, Conner will play a lot a week from now in the “tune up” game against the Tennessee Titans. He’ll likely play in the first half with most of the other starters.

For most veterans and entrenched starters, sitting out the preseason is the goal. Avoid the reps, save your body, enjoy the summer before the real games begin in the fall. But you gotta appreciate Conner’s “I want the ball” approach. It’s that mentality that’s made him a fan favorite and contributed to his NFL success.