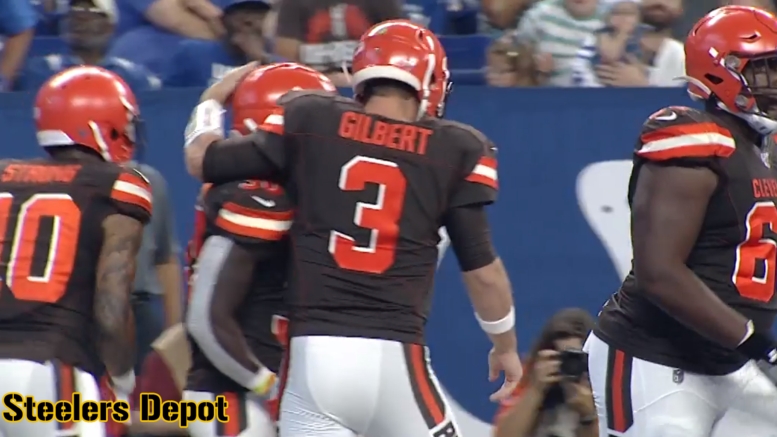 Remember the Alliance of American Football? Remember all the players who were signed to NFL rosters in the weeks that followed the fledging league’s sudden and rapid failure? Have you wondered how any of them were doing?

The Pittsburgh Steelers, of course, signed several of them on their own, including defensive line retreads from 2018 training camp, Casey Sayles and Greg Gilmore. Center J.C. Hassenauer was another of those signings. The one who is having the most success in Pittsburgh, though, is safety Kameron Kelly, who has been running behind Sean Davis at free safety.

One of the very top players in all of the league, however, was quarterback Garrett Gilbert, who led the Orlando Apollos to a 7-1 record. Originally a sixth-round pick of the St. Louis Rams in 2014 out of SMU, he had a grand total of three pass attempts in his career, completing two of them for 40 yards.

He bounced around rosters, primarily in the offseason, for years before getting the chance with the Apollos, where he threw for over 2100 yards with 13 passing touchdowns and three interceptions. His efforts there earned him an opportunity with the Cleveland Browns, where he has been having a strong preseason.

In Week One, he completed 14 of 22 attempts for 135 yards with one touchdown, though he was sacked twice. He upped his game against the Indianapolis Colts yesterday, completing 13 of 19 passes for 151 yards, tossing a pair of touchdowns to Jaelen Strong and D’Ernest Johnson.

While there is obviously not a starting job open in Cleveland with Baker Mayfield under center, Gilbert does have a legitimate shot of making the roster. The other notable quarterback under center for the team is Drew Stanton, who was with the team last year. Stanton is a 35-year-old veteran. David Blough, a rookie undrafted free agent, is the other.

The Browns in recent years have had a tendency to carry three quarterbacks on their roster, as they did last season with Mayfield, Tyrod Taylor, and Stanton. The year before, they has DeShone Kizer, Cody Kessler, and Kevin Hogan. The year before that, it was Kessler, Josh McCown, and Robert Griffin III, along with, at different points, Hogan and Charlie Whitehurst.

So Gilbert has a good chance of making the team. The real question is whether or not he can unseat the veteran Stanton for the backup job. Stanton was the number three quarterback last season, first behind Taylor as the starter, and then behind Mayfield, so it’s not a huge stretch of the imagination, even though he is the more accomplished player at the NFL level in comparison to Gilbert.