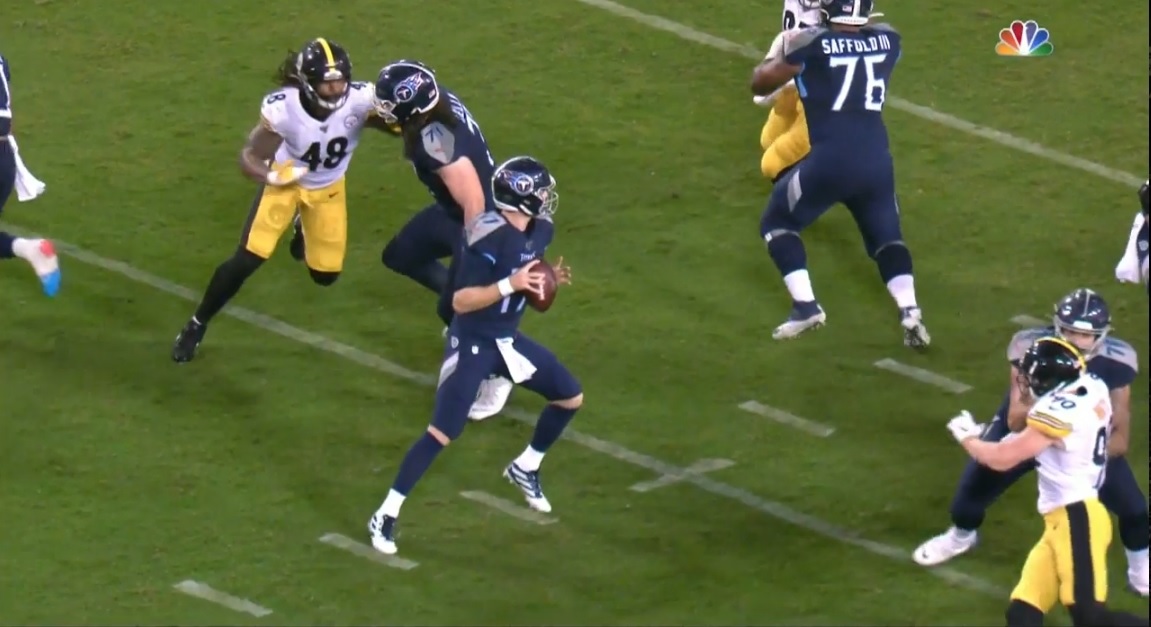 What’s it going to take for Bud Dupree to have his breakout year? Power.

Chalk it up to experience, better technique, or – to me, this is a big one – good health, but I’ve seen a stronger and more powerful Dupree this preseason. Nowhere was that more evident than the pressure he got in the clip you’ll see below, finished off by Stephon Tuitt’s second sack of the game.

For the first time since…ever, Dupree showed off power on this long-arm stab. The stab is a favorite of many top and power rushes. It’s how Cam Heyward often makes his way to the quarterback. You’ll probably remember Khalil Mack tossing aside Eric Fisher time and time again in those Raiders/Chiefs matchups before getting dealt to Chicago.

Dupree didn’t get quite that level of movement, he still isn’t at Mack’s level (duh), but it works well. Dupree is working on Titans backup tackle Dennis Kelly replacing the suspended Taylor Lewan. Kelly is only an average talent but has 27 career starts and is an NFL-caliber tackle. This isn’t Dupree beating on some UDFA.

He’s able to shoot his left arm into Kelly’s chest. Good hand placement, on the breastplate, while planting with his outside foot to generate power as he begins to walk him back. 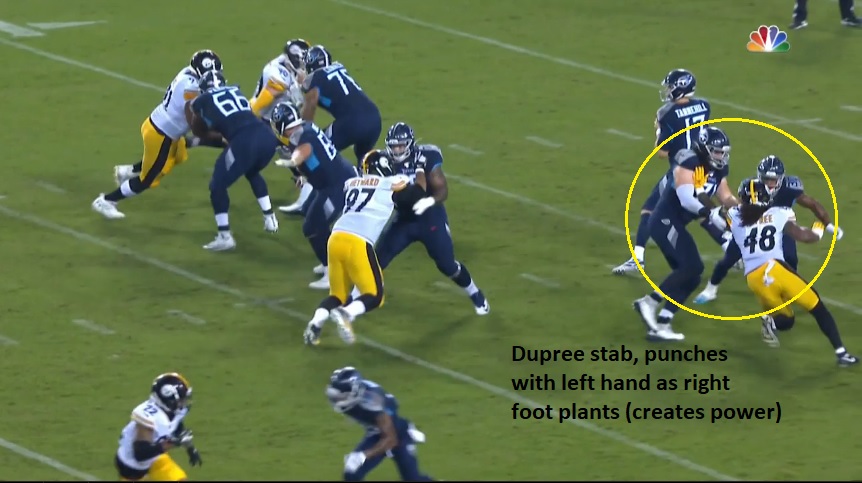 He’s able to hit that right (outside) foot again after converting speed to power to walk Kelly back into the pocket and quarterback Ryan Tannehill. Tuitt ultimately records the sack, a nice rush himself, but Dupree does well to contain it. Tannehill isn’t escaping this one. He’s stuck, constricted, and that’s the key. And down he goes. 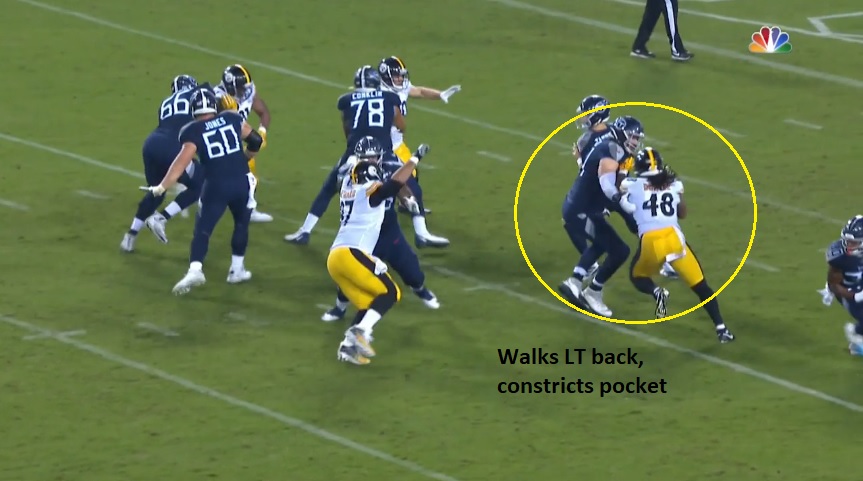 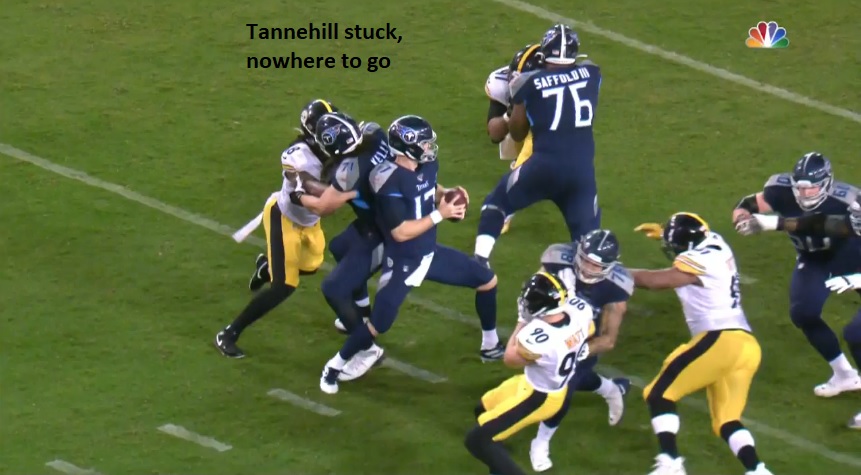 The long-arm stab does a couple things. It creates power and helps push the pocket. And it’s effective because of the space it creates against the tackle. He’s uprighted and can’t get his hands into the pass rusher. He’s taken for a ride and has to hope he has the technique and strength to anchor and stall out the rush. But Dupree is a powerful guy when it all comes together and he simply overwhelms the left tackle here.

If he can carry that over into the regular season, then there’s no doubt Dupree will have his best year ever. Someone who, on paper, could threaten for double-digit sacks. That’ll take a lot, and of course, he’ll need to be healthy, something he’s been unable to do for most of his career, but there’s reason for optimism.