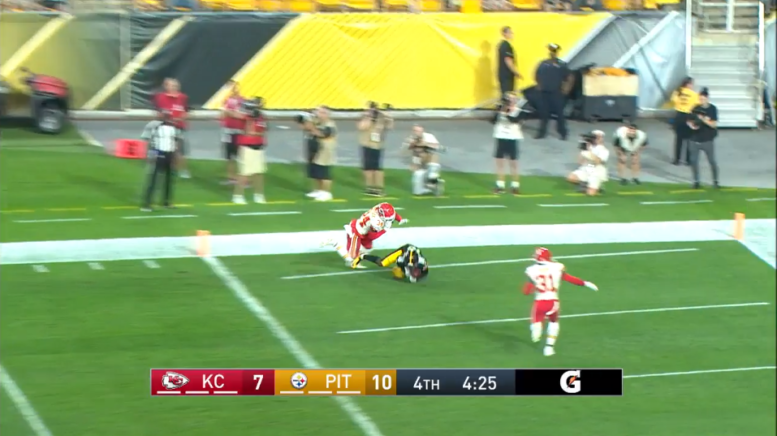 Pittsburgh Steelers quarterback Devlin Hodges has had a nice 2019 preseason to date as the undrafted rookie free agent out of Samford has completed 10 of his 18 total pass attempts for 117 yards and two touchdowns in the team’s first two exhibition contests. In this post, I have detailed and broken down below every pass attempt made by Hodges in the Steelers two preseason games against the Tampa Bay Buccaneers and Kansas City Chiefs. Even though plays wiped out by penalties are included in this breakdown.

Wheel route to Kevin Rader, who lined up as a fullback in the backfield in a 22 personnel look. Ball was thrown where Rader had a chance to catch despite very tight coverage. 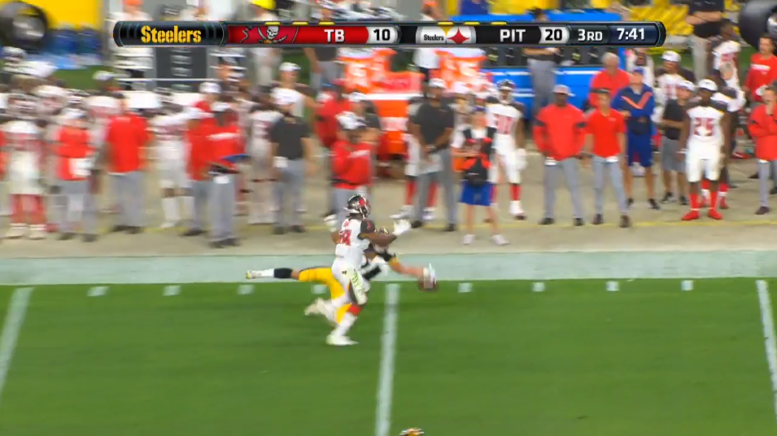 Out-breaking route to right sideline to Diontae Spencer and throw was on target but dropped. 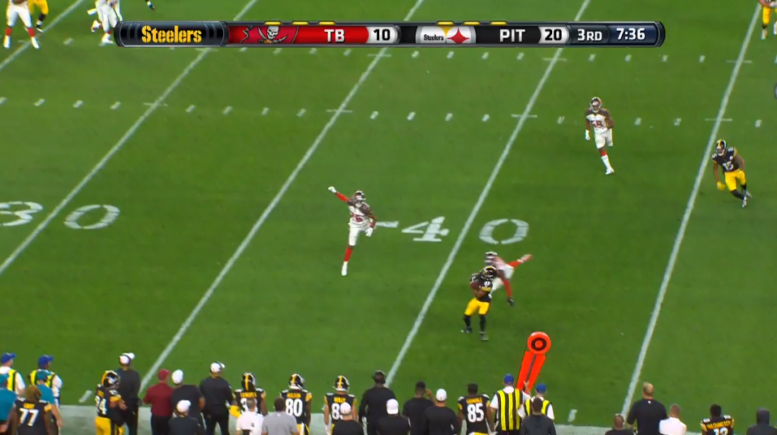 Go route to Johnny Holton down right sideline that was overthrown. Holton, however, drew a pass interference penalty for a gain of 27 yards. 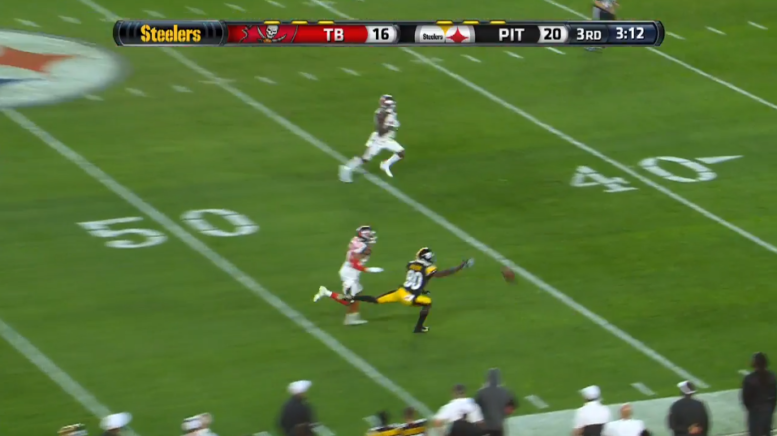 Short square out to Zach Gentry. 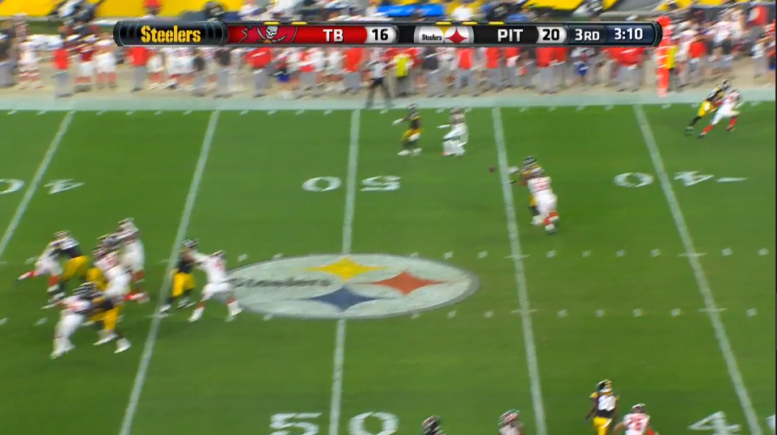 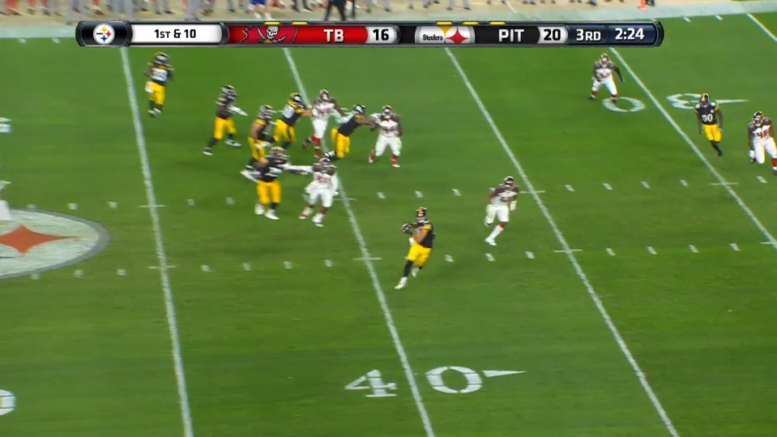 Flushed to right and on target to Holton on a comeback on right sideline. 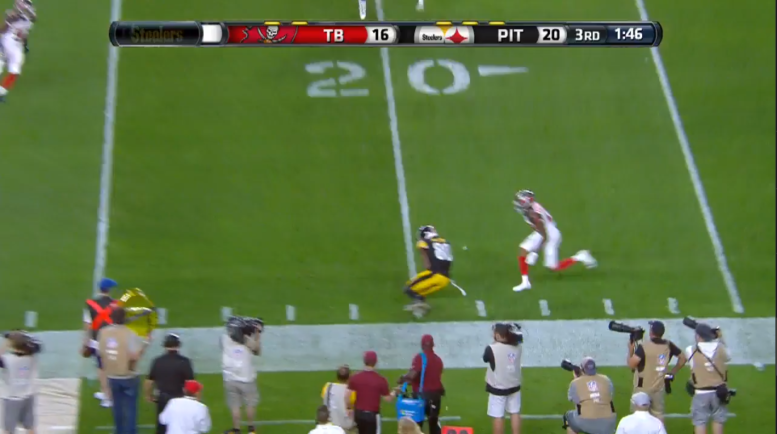 Escaped pocket to right and throw was short of Trey Griffey in the end zone. Holding call on Steelers negated play. 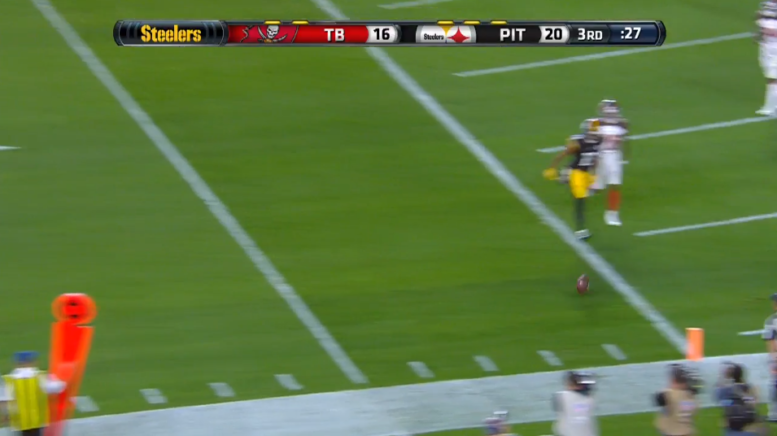 Left sideline comeback route to Tevin Jones slightly off target to field side. Might can be considered a drop, however. 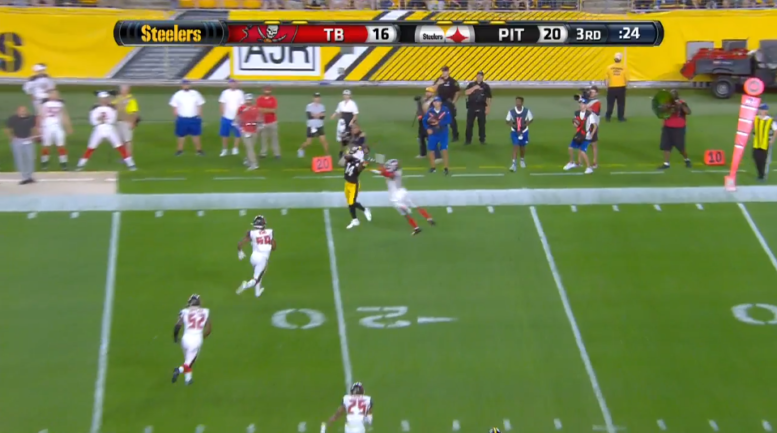 Short running back screen to Benny Snell Jr. for an explosive play. 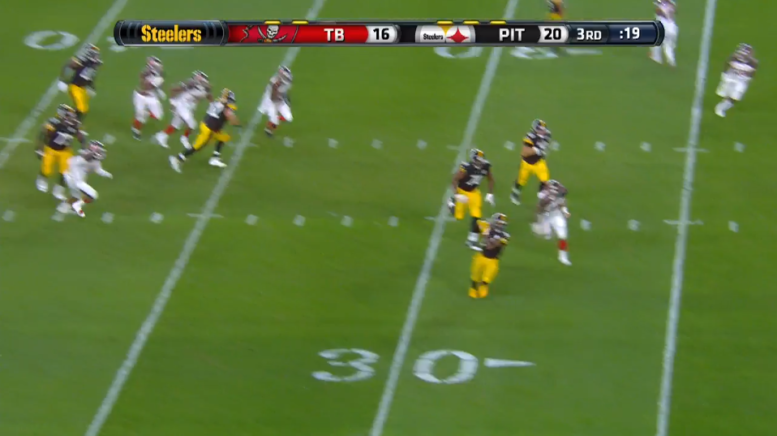 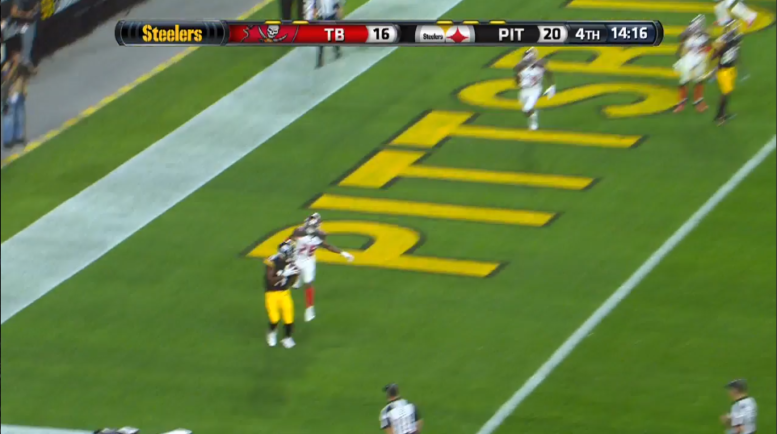 Angle route to Trey Edmunds out of the slot and went off player’s hands. A tad high, but should’ve been caught. 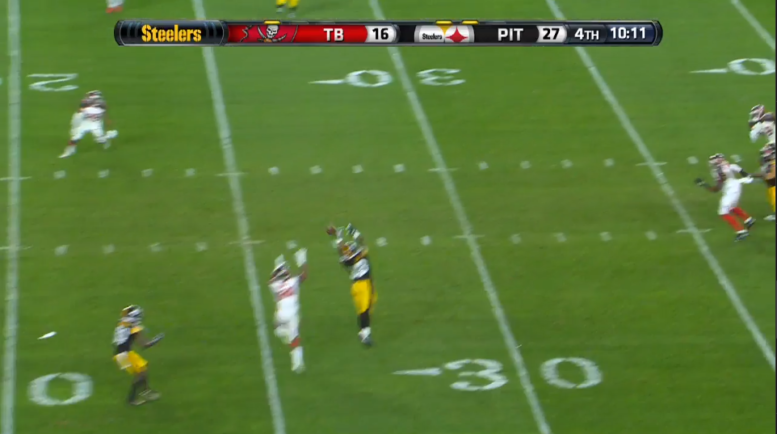 Very ill-advised throw to Griffey to left side after spinning away from pocket due to pressure. Interceptable pass. Defensive penalty nullified play, however. 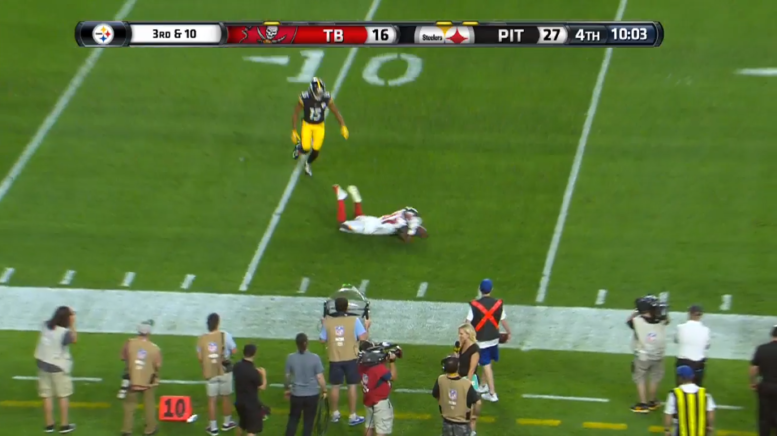 Throwaway to right in direction of Trevor Wood to avoid sack. 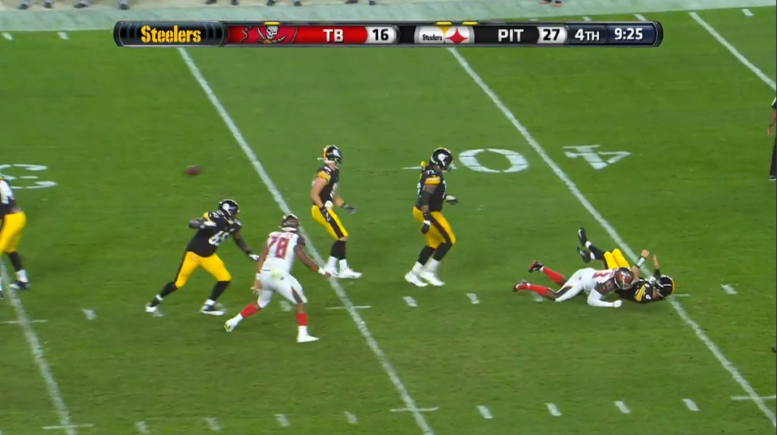 Out-breaking route to Brandon Reilly that was dropped along left sideline. 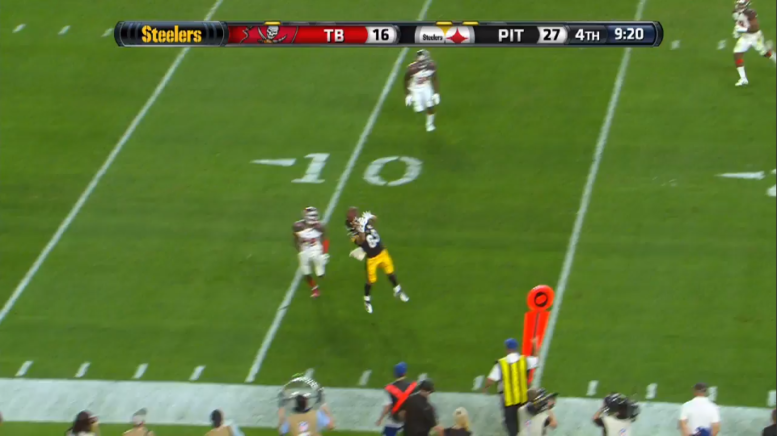 Quick wide receiver screen to Spencer to left side out of empty. 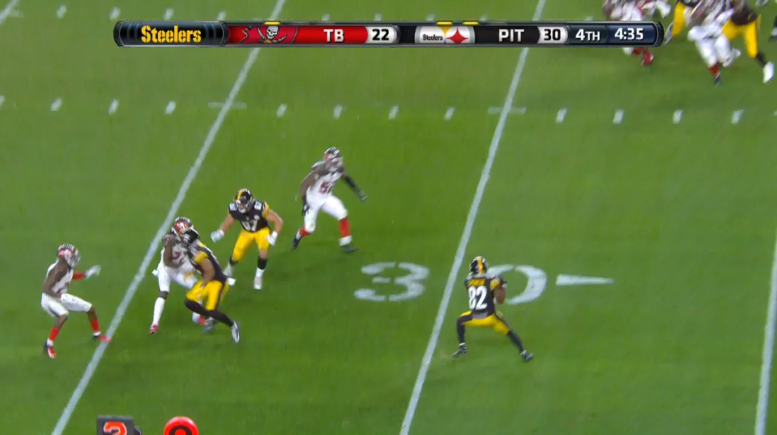 Double-clutched in the pocket and hit Spencer in stride on a slant route in the middle of the field. 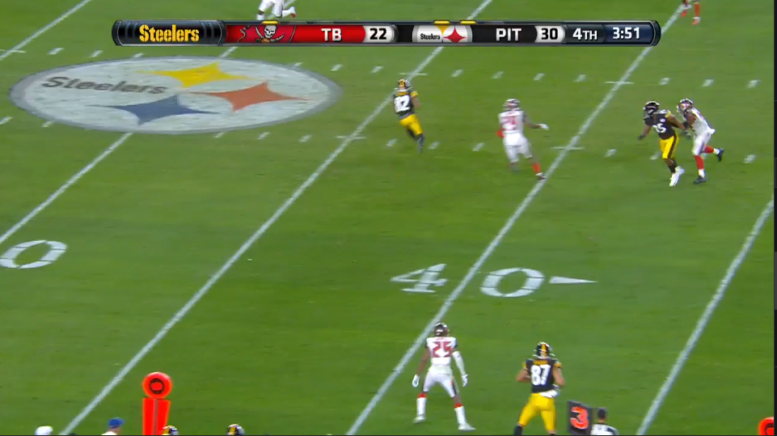 Roll out to right and hit Rader on the move. Ball fumbled and recovered by defense. 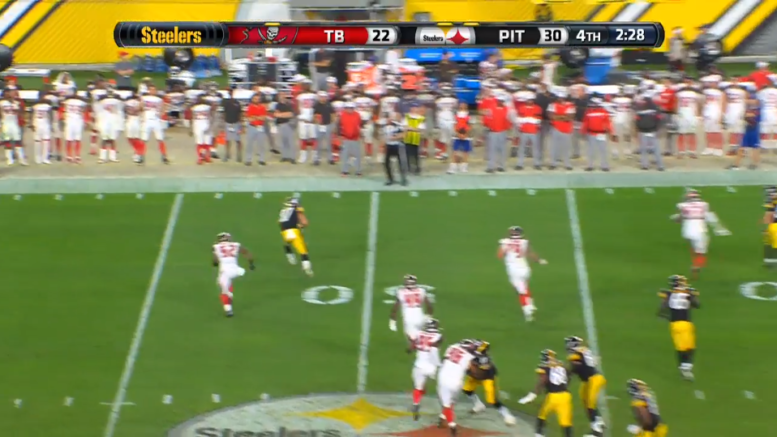 Roll out to right off of play action and pass on target to Jones on right sideline. Should have probably been caught but nice defensive play to contest catch attempt. 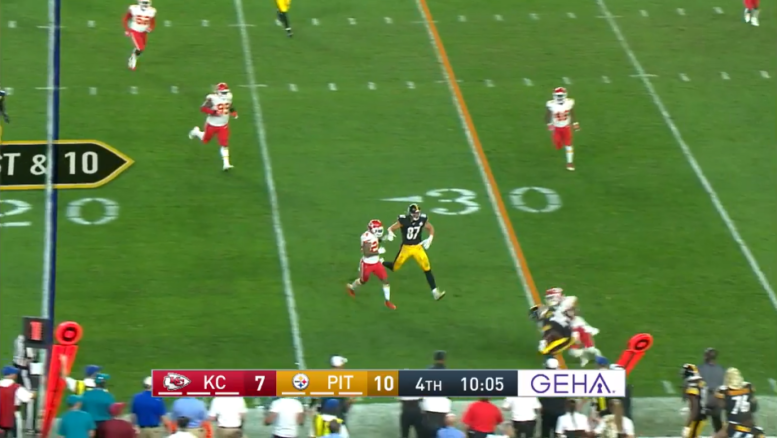 Drifted left from pocket and delivered nice pass to Diontae Johnson on an out-breaking route to left sideline. 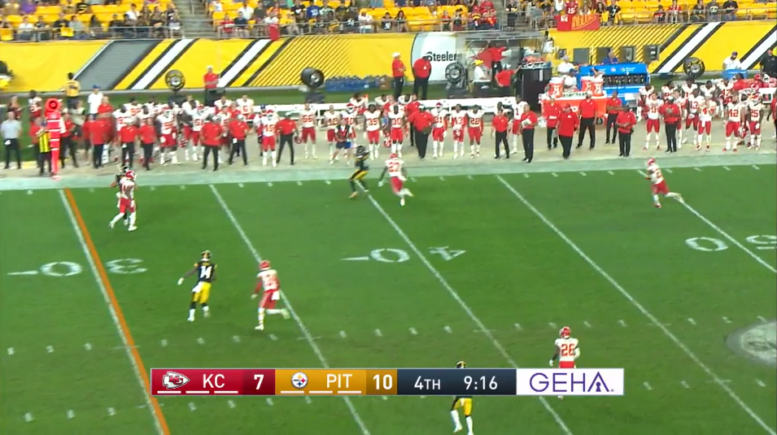 Stood in pocket with pressure in face and delivered nice drop in the bucket pass over the top to Johnson in the end zone on out and up route.

Deep pass off of play action out to Holton on a post/corner? route out of 22 personnel look. Ball should have been caught even though slightly contested by defender. 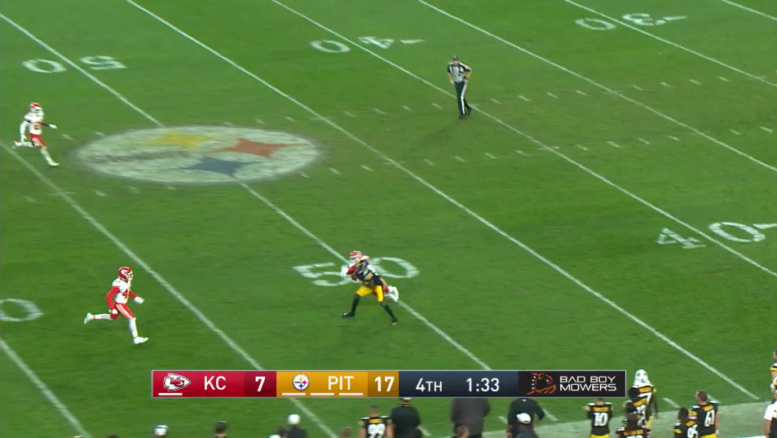 Summary: Hodges has proven to be a very accurate passer thus far in the two preseason games that the Steelers have played and that matches what our very own Alex Kozora saw during training camp and reported. While Hodges’ official stat line shows that he completed 10 of his total 18 pass attempts that counted, there were maybe six or seven incompletions that probably should’ve been caught. His two touchdown passes were great as was his throwaway to avoid a sack. He did have one ill-advised throw that could’ve been intercepted but that play included a defensive penalty just the same. One of the other big observations when it comes to Hodges 18 total pass attempts is that all but one of the 11 pass attempts of his that flew more than 5 yards past the original line of scrimmage went outside the numbers. Additionally, five of his 10 completions were via passes that traveled just five or less yards past the line of scrimmage. Ideally and deservedly, Hodges should get to play in the Steelers last two preseason games if possible. Assuming he does see more snaps, it would be nice to see him not only take more shots down the field past 10 yards but show that he complete passes inside the numbers as well.