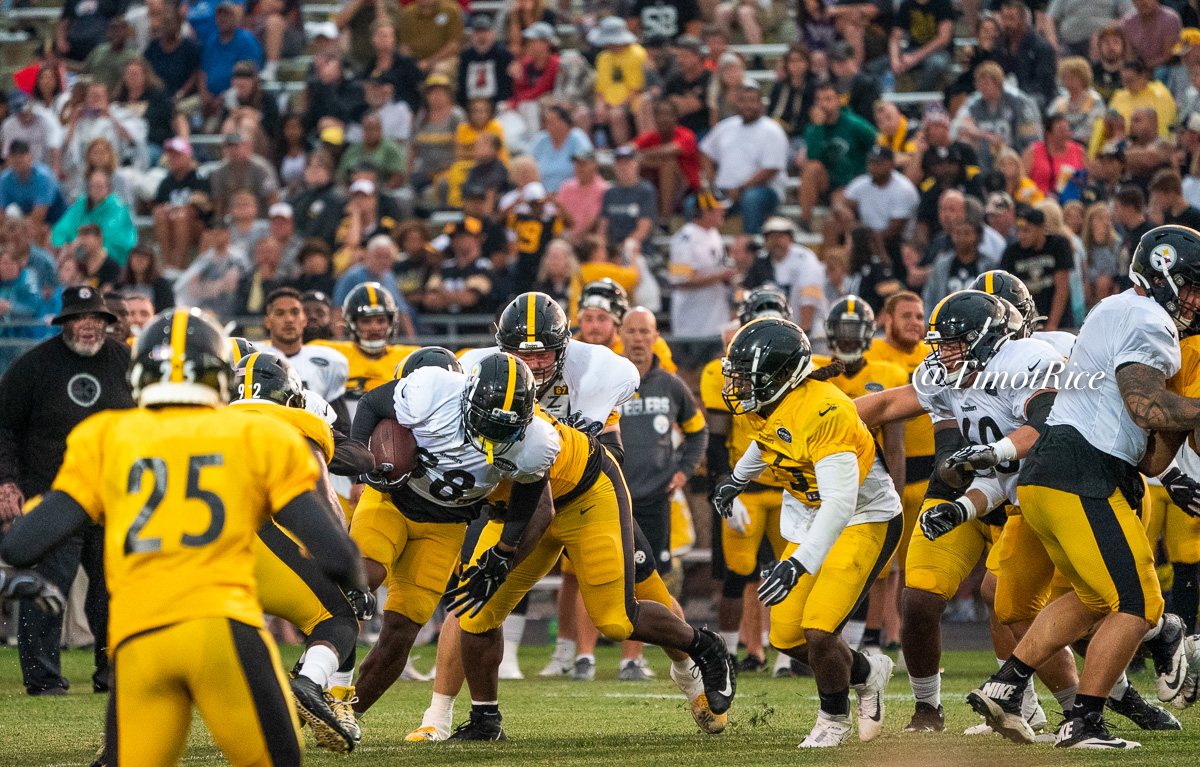 Who will capture the 6th WR spot? How will the ILB rotation go? What names are in the mix for the final offensive line slots?

In what year is Devlin Hodges going to lead this team to the Super Bowl?

All valid questions about the Pittsburgh Steelers. As the team begins its final day of training camp, and Mike Tomlin confirmed it will be in shells, meaning it will be a low-key day to wrap things up, they leave with more questions than answers. But that’s not a terrible thing.

In this case, a good problem to have.

What that means is there’s plenty of competition to go around this August. In part, thank the good health on the team. So far, the team has been lucky to avoid any serious injuries, keeping the lines together and the battles ongoing. Beyond that, there’s just an abundance of talent at important positions.

The QB situation? All we know Ben Roethlisberger is the starter. Rest feels up in the air. Mason Rudolph may have the edge as the #2, Josh Dobbs is still ahead of Hodges, but it’s very much anyone’s game. That’s because all three guys have played well and made the battle as interesting as ever.

Ditto at inside linebacker. Devin Bush is playing as advertised, so much so that Tomlin – and he almost never does this – name dropped a comparison to Ryan Shazier’s debut. Bush has gone from a theoretical asset to a tangible one. You see the speed. The range. The, by all accounts, communication. He’ll have to play well the rest of the way but it’s going to be hard to keep him off the field. Meaning the team has to figure out how to divvy up snaps between him, Vince Williams, and Mark Barron. Tricky? Sure. But a good problem to have. A year ago, we’re talking about how Jon Bostic had wrestled the job away from Tyler Matakevich.

The same applies to several other positions. Offensive line depth is clear. Zach Banner has had a good camp and probably will make the 53 man roster again. Fred Johnson feels like another UDFA diamond in the rough, even if he’s a little raw. Jerald Hawkins’ play has improved since Friday’s game while Derwin Gray has held his own in limited action. The depth they have is rare, as we wrote about earlier in camp.

At receiver, Johnny Holton is making a push for a 53 man roster spot. Don’t forget about Diontae Spencer and the team seems high on Tevin Jones, who picked things up after a quiet start to camp.

Sure, there’s still question marks in the secondary. Corner seems settled in though it’s hard to be confident telling the world Artie Burns had a great camp – we’ve sung that song before – and safety is still murky even if Kameron Kelly has impressed.

But it’s hard to be mad about anything that’s gone at camp. Young players who you hoped would step up – so far – have done so. Terrell Edmunds, James Washington, and Ola Adeniyi to name a few. The energy’s been strong, the team bond evident, heightened in the wake of Darryl Drake’s passing, and the competition fierce.

It’ll make for some tough roster cuts at the end of the month.

The Steelers will be better off because of it.