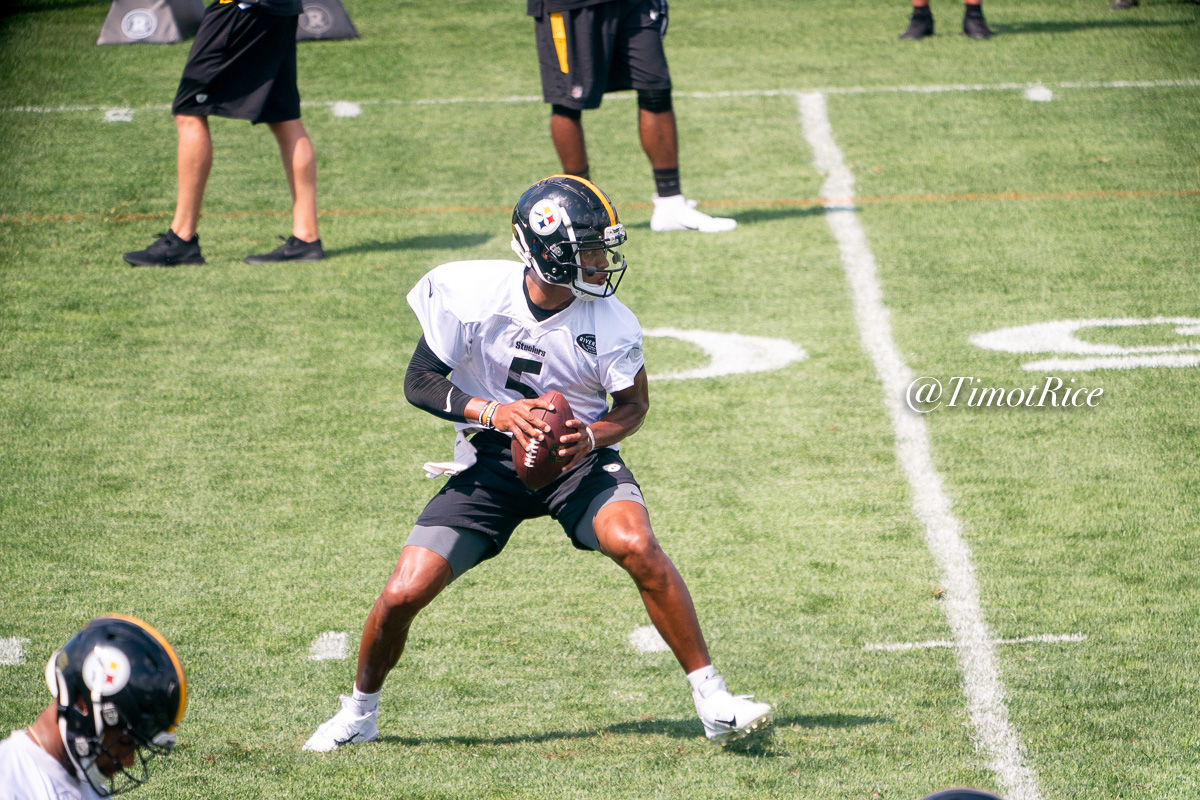 Through the first six practices, I know we’ve been particularly tough on Josh Dobbs. And that’s for good reason. He’s had an underwhelming start to camp and ask me to choose between him and Mason Rudolph, looking at only these first six days, and the choice is easy. Rudolph’s been better.

But depth charts aren’t decided in a week. We’re in the third inning and Rudolph is up two runs. Dobbs is a couple base hits away from tying things up.

Rudolph has the edge but let’s get these two into a preseason game. Last year, even if it was predictable, that’s where Dobbs shined. Much more than he did in camp. And Rudolph, granted, as a rookie, struggled to avoid negative plays (seven sacks, one pick six). All that remains to be seen when they enter stadiums and quarterbacks can actually hit, not actively avoided by pass rushers as they are in practice.

Before the year began, many assumed Rudolph would practically be handed the #2 job. He’s the higher pick, deemed the heir to Ben Roethlisberger’s throne. Dobbs, when he was drafted, was viewed as another Landry Jones. Career backup. Anything extra was gravy.

Such an assumption was hasty. Rudolph would have to earn the job. And while he’s out in front, Dobbs is battle tested. He’s the one who has shown up when the pressure is on. In the preseason finale last year, with his job very much on the line, Dobbs went 8/12 for 151 yards and two touchdowns, one throwing and one rushing. By preseason’s end, he took Jones’ job and cemented himself as Roethlisberger’s backup.

Does that guarantee Dobbs’ success this year? No. But the point is he’s stepped up when everything’s been on the line and six “meh” practices won’t make me forget that. He has to be better. There’s no question about that. His accuracy and placement is behind Rudolph, missing on too many short and intermediate throws that any QB who wants to be on an NFL roster, let alone be the top backup, have to make on an almost near perfect basis.

Still, he’s showing a better willingness to drive the football downfield, take more risks, and has good velocity on the ball. His mobility is an obvious plus and will undoubtedly help him in games. When you’re playing behind a lesser talented and inexperienced line that doesn’t have much time together, defenses are going to get pressure. Rudolph’s lack of speed to get out of the pocket is one reason why he was sacked so much last year and it’s going to be a potential issue again, even though his processing has sped up.

All I’m saying is that it’s still early and the biggest test for both guys still looms. And that’s when Dobbs has done his best work.