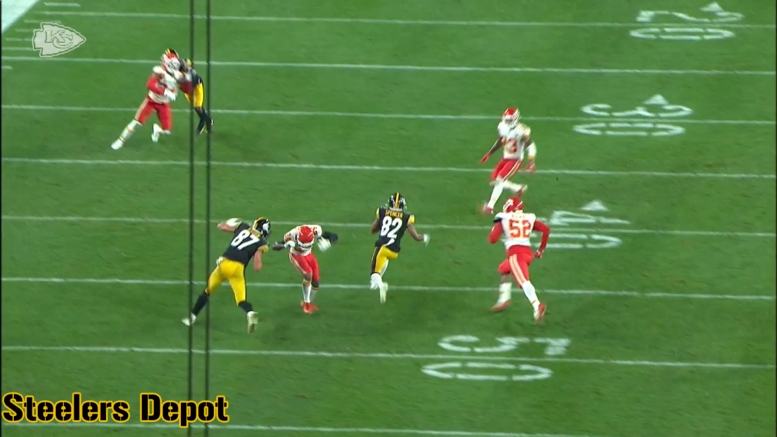 For every Cameron Wake, there are 100 Shawn Lemons. If you know the name of the former and not the latter, that is kind of the point. Wake is a Pro Bowl edge defender who got noticed after he made an impact in the CFL, playing primarily with the Miami Dolphins. Shawn Lemon also got noticed in the CFL off the edge. He spent one offseason on the Pittsburgh Steelers’ roster several years ago. He spent one more offseason on an NFL roster before circling back to the CFL, where he continues to play today.

Diontae Johnson would settle for something in between, a Stefan Logan. Logan made an impact in the preseason many years ago for the Steelers as a kicker returner. He made the roster that year and set team records. While he didn’t make the team the following year, he lasted a bit longer in the NFL after that. Now 38, he is still playing in the CFL—as is Lemon.

The point is, the CFL may be full of players who are great in the CFL, but there is a harsh reality that shows very few of them have the requisite level of talent to transfer that into the NFL. After all, much of the CFL is populated by Americans who tried and failed to make it in the NFL. Throw former Steelers fifth-round pick Joe Burnett into the mix. While he flamed out in the NFL, he spent several years in the CFL after that. He played just last season, but is currently a free agent, released by the Montreal Alouettes in January.

Spencer knows there’s only one thing he can control, and that is what happens when the ball is in his hands, whether that’s on offense or as a returner. He had two big plays on Saturday’s game, one a 38-yard punt return and the other 19-yard reverse. He was not targeted in the game.

“That’s what I do: I make plays”, he told Kevin Gorman of the Pittsburgh Tribune-Review. “When I settle down and get a feel for this game and how fast the speed is, it’s going to come. It’s going to come to me”. Spencer was an undrafted free agent in 2014, but he was released in July, I believe before training camp, so he’s never really experienced NFL game speed before.

“I just don’t want to press it, press it, press it”, he continued. “I felt like that’s what I was doing last week. This week, I just felt a lot better. I was able to have some good plays, some good exposure plays. Hopefully, I can carry that on to the next one”.

In the first preseason game, Spencer dropped a key third-down pass in the second half. He also failed to secure a contested catch in the first half that a harsh grader (or perhaps a better camera angle) might have also classified as a drop. He did have one good play each on a reception, kick return, and punt return in that game.

“Last week was my first NFL game. It took me awhile to get here”, Spencer admitted. “There were a lot of emotions running through my head. This week, things started to slow down. I was kind of myself a little bit, going out there and playing fast and not thinking too much”.

Right now, one has to think that he is sitting outside the bubble in a crowded wide receiver room, but if he can make a few more plays as a return man, it can make for an interception discussion a short time from now.