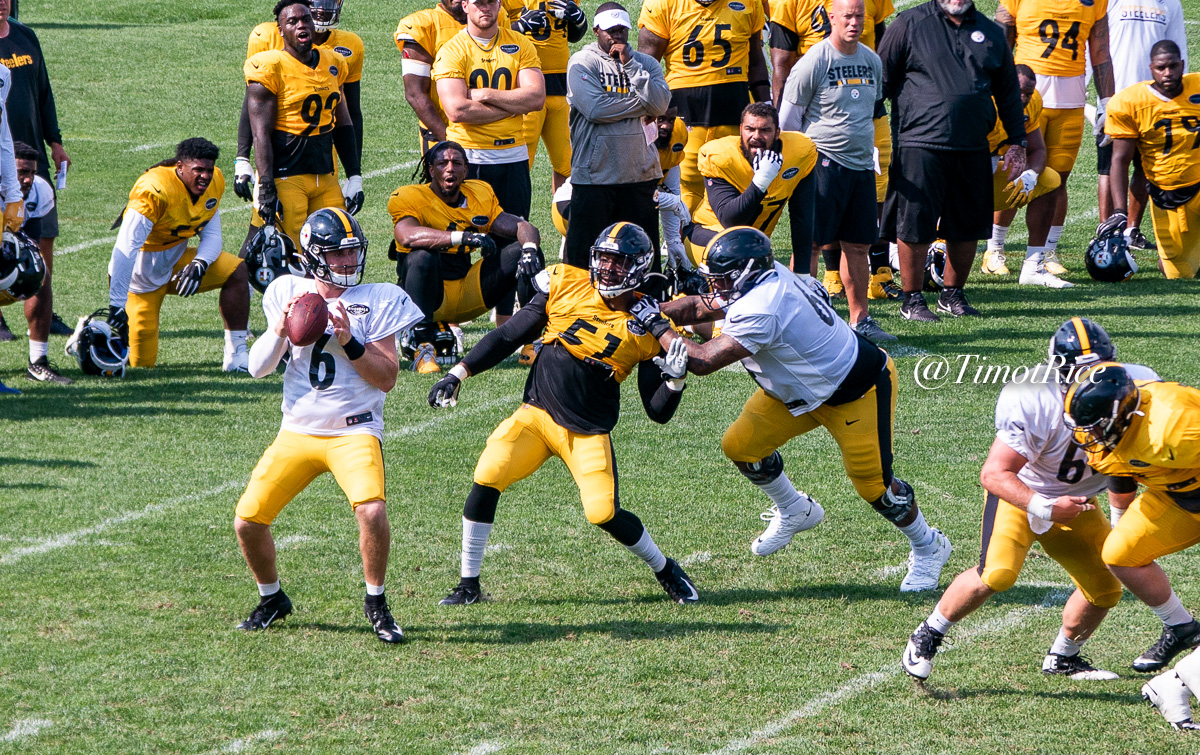 Devlin Hodges over the previous four years threw for more yards than anybody else in the history of FCS football at the college level, breaking a record held by Steve McNair. He threw for nearly 15,000 yards, and added 111 touchdown passes to boot.

The Samford product’s collegiate efforts were enough to get him an invitation to participate in the Pittsburgh Steelers’ rookie minicamp shortly after the 2019 NFL Draft. He performed well enough to bump Brogan Roback off the roster and become the number four quarterback on the depth chart, behind Ben Roethlisberger, Joshua Dobbs, and Mason Rudolph.

But is that where he’s going to stay in the pecking order? Because if so, there is such a slim chance of him actually making the 53-man roster in that case that it’s hardly even worth entertaining. Hodges has been turning heads in training camp, however, and Head Coach Mike Tomlin all but promised that he would find playing time for him over the course of the next two weeks.

The young man understands how important that is. “No matter what I do in practice, I’ve got to get out there and show it in a game”, he told The Fan, “so I’m just looking forward to getting some playing time in the game and showing them what I can do in a game-like setting”.

And he believes he will get that chance. “I’m definitely going to get in” tonight’s game, he said. “I don’t know exactly when, but I know I’ll get to play, get a shot”.

At just 6’1”, he obviously has a bit of a disadvantage. Playing at a lower level of competition also didn’t go him any favors in terms of his draft stock, one of the major reasons that he did end up as a college free agent rather than as a draft pick.

But it’s not how you get into the league, it’s what you do once you get in there. And so far, Hodges has shown poise, accuracy, and touch. It’s still incredibly early in the process, but he is already drawing buzz over whether or not he can throw a wrench into the Steelers’ presumed plans at quarterback.

With 2017 fourth-rounder Dobbs, the incumbent backup, and 2018 third-rounder Rudolph, he was picked as a potential future starter, the team already feels as though they have their two backups. They were even enough to dislodge then-backup Landry Jones last year.

The deck is still stacked against Hodges. Even finding enough playing time to put himself in contention is going to be difficult. He is going to have to really blow the doors off of his preseason opponents to really throw his hat into the ring. But he certainly doesn’t lack for confidence in his ability to do just that.