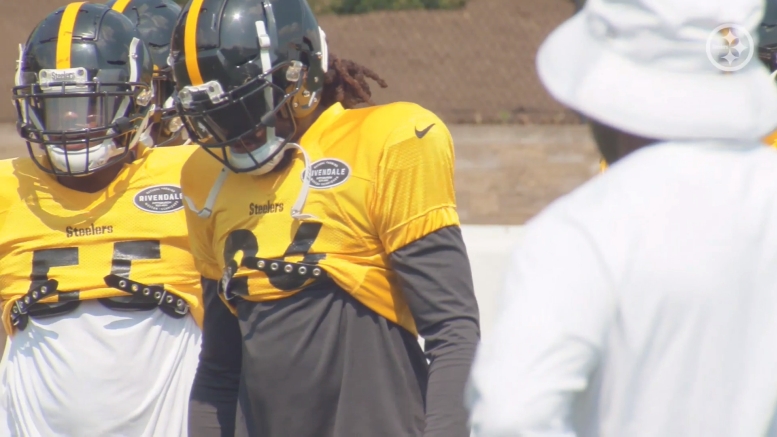 The Pittsburgh Steelers had no idea that they would be able to put themselves in the position to have the opportunity to select Michigan inside linebacker Devin Bush in the first round of the 2019 NFL Draft when free agency hit. Which is why they came away from the initial signing period with the player they anticipated could be their new mack, Mark Barron.

The veteran Alabama product was drafted in 2012 by the Tampa Bay Buccaneers as a safety, but he never really established himself there, nor in that position, before he was traded to the then-St. Louis Rams during the 2014 season.

It was while there over the past several years that he made the transition from safety to linebacker, and where he started to establish himself. From 2015 through 2017, he recorded 320 tackles with three sacks, five interceptions, and 17 passes defensed.

He is coming off of a down year statistically in which he missed four games due to injury, but the 29-year-old figures to be a key part of the defense, and unbeknownst to them at the time that they drafted him, a positive influence and teacher for Bush, their young hopeful future star.

During an interview with Missi Matthews for the team’s website, Bush talked about Barron and the influence that he has had on him so far, describing him as a “super smart player”.

“He plays the game up top. What I mean by that, he plays the game in his head. He’s very smart”, Bush said of his senior. “I just pick up small things from him, small tips and what to look for and how the offense wants to attack you, how they want to get you leaning one way. Just small things like that is what he really teaches me”.

Since the spring, the two, along with Vince Williams, have been rotating in terms of personnel with the first-team defense between the two inside linebacker spots. Bush has gotten more opportunities since training camp has opened, with Barron getting a day or two off and Williams dealing with a hamstring injury, however.

Though they have yet to get into a preseason game, the sense is that Bush is projected to be a day-one starter, though it’s not clear if that will be the case come September. Nor is it clear who would be the primary starter alongside him between Barron and Williams.

What is clear, I think, is the fact that we will see all three of them on the field this year in different situations. There have been suggestions that Barron, if he is not already on the field as a starter, could be involved in sub-packages. If Williams were not to start, he could be brought in in short-yardage situations. In the even that Bush doesn’t win a starting job, he could obviously rotate in and spell either one of the starters. Either way, they’ll find a way to get everyone on the field.