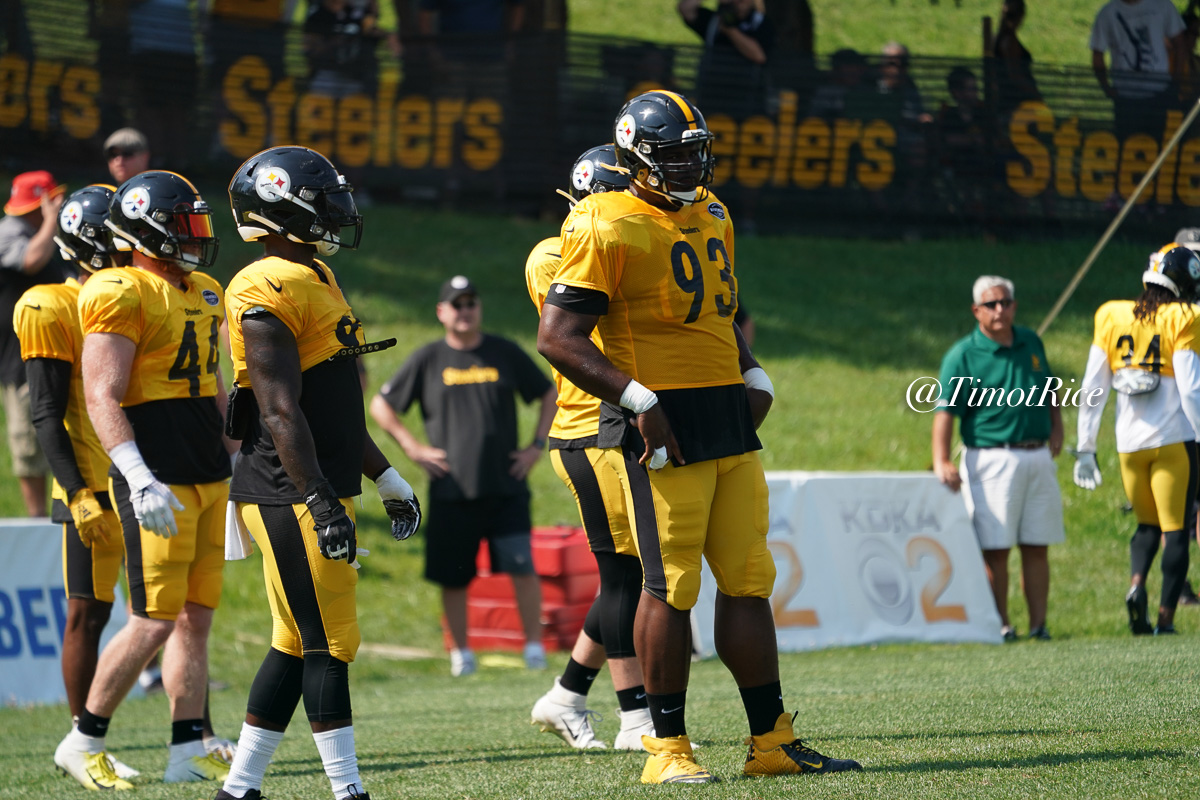 Daniel McCullers is hoping to prove that a football player can continue to grow and develop well into the heart of his career. A sixth-round pick back in 2014 for the Pittsburgh Steelers, he was described at the time as “a size prospect” and “an obstruction”. In truth, he hasn’t been much more than that during the five years that he has been here. Could this be the year that that changes?

McCullers told Chris Adamski during a recent practice that he has been getting a healthy amount of reps in the nickel defense, which has become the Steelers’ primary front over the past several years. That indicates that the team believes he can do something as a pass rusher, and would put him in the running for some more snaps on Sundays this year.

“I would just say because I get a good push — that’s what they like the most, getting that push up the middle and making that quarterback move off his spot”, he said in explaining his increased reps. “If I keep doing that, hopefully they give me all the reps”.

There were two things that saw things change for McCullers last offseason. For one thing, his rookie contract expired. He realized that if wanted to have more of a future in the National Football League, he was going to have to recommit himself to the game and give maximum effort.

The other change that came was the switch at defensive line coach. Former long-time line coach John Mitchell was excellent at his job, but never seemed to get the best out of McCullers, and frequently rode him. Karl Dunbar, their current line coach, appears to have taken an approach to coaching him that he can more easily respond to.

He told Adamski of Dunbar that he “says, ‘you’re doing well’, and he’s putting me in there more and letting me get more reps. So my thing is just keep doing good and getting as many reps as I can”.

Last season, he did regain his gameday active helmet from L.T. Walton, who had replaced him in 2017 as the primary backup nose tackle, but he continued to see few snaps as the number five lineman behind Cameron Heyward, Stephon Tuitt, Javon Hargrave, and their top reserve, Tyson Alualu.

While Heyward, Tuitt, and Hargrave will figure to continue to leave few snaps available, one cannot rule out the possibility that McCullers sees increased playing time relative to his history if he does indeed show a late-career growth in his ability to produce consistently as a pass rusher.

He is never going to be a nuanced or finesse rusher, but at the very least, if he can show an ability to push the pocket or at least demand multiple blockers, then that presents the opportunity for him to have a bigger role.