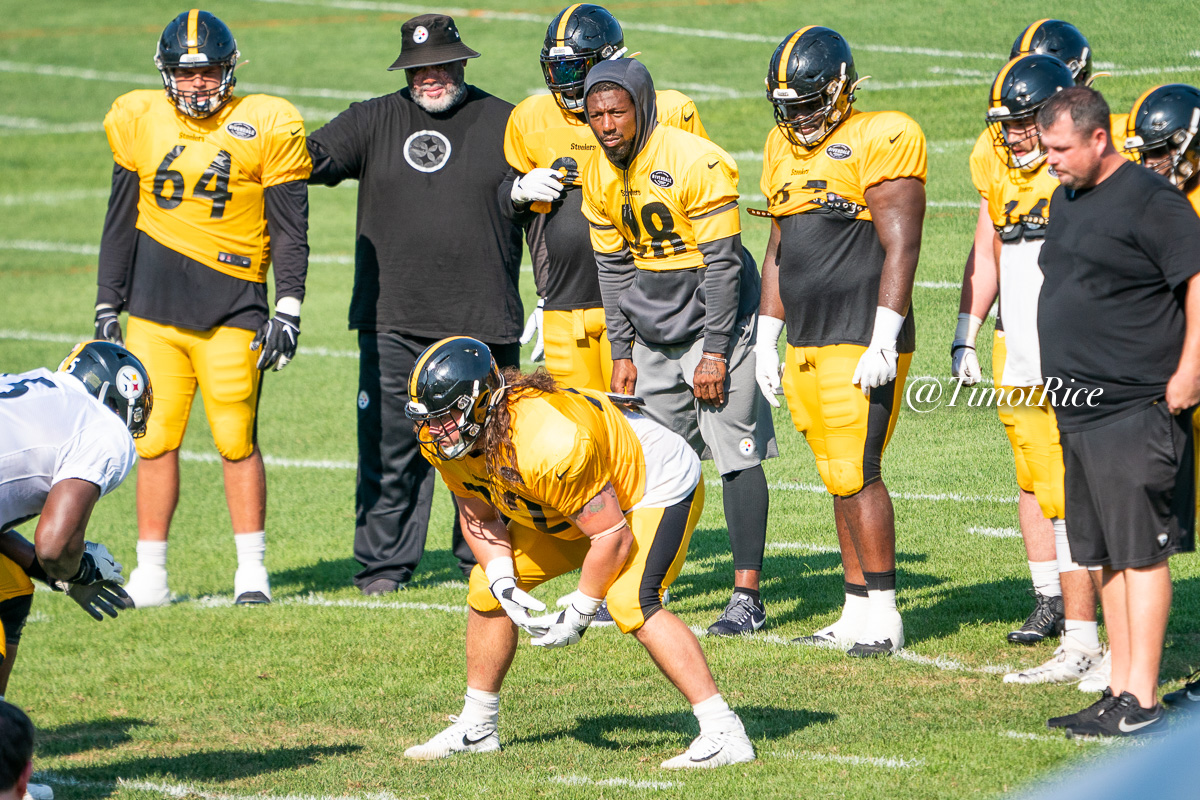 The Pittsburgh Steelers losing out on Mike Munchak as their offensive line coach could have been a much bigger deal, if not for a pair of pretty substantial reasons. First and foremost, the team already has a veteran group of offensive linemen. They can probably coach themselves at this point.

But Munchak also made sure that the Steelers had a successor on-hand in Shaun Sarrett, who worked with the former during the entirety of his five-year tenure in Pittsburgh. Sarrett, in fact, was here before Munchak ever arrived.

Few have seen him from the sideline as much as Craig Wolfley, a former Steelers offensive lineman himself, and he recently weighed in on what he’s seeing from Sarrett in his first training camp during a Steelers Live segment.

“We’re watching a man become comfortable in his own skin”, he said. “He’s around a lot of the veteran players, guys who’ve been Munchaked out, the Munchification, that whole teaching process and model of what Mike Munchak does”.

Of course it stands to reason that he would have learned a great deal working under Munchak during that time. And he’s working with a group of linemen who are coached in the Munchak way. So naturally, there are going to be a lot of similarities, but Sarrett is making it his own as well.

“Now the thing about it is, Shaun is now finally able to take his voice and let it be heard”, Wolfley said. “He knows what he’s doing. He understands, and he is now just taking over the reins and doing it with his personality and style”.

“He can’t be Mike Munchak”, he added, “but he can take the teaching tools that he learned and be able to apply them and put his personality to it”.

He did credit one thing in particular that Sarrett is continuing to do, and that is to coach with the same demeanor. Back in the spring, David DeCastro said that the only difference has been the fact that Munchak had more of a dry sense of humor. They both, however, take a calm and constructive approach on the field.

“One of the beautiful things that I think he learned from Munchak is, don’t add to the chaos when guys come off the field”, Wolfley said. When a play goes awry in practice and somebody doesn’t know what they’re doing, or something is simply wrong, don’t make it worse.

“Coaches become combative with you the moment you get off the field. That ain’t helping it”, he said. And he should know. He’s gone through the process himself, and has seen it happen for years as an outside observer as well.