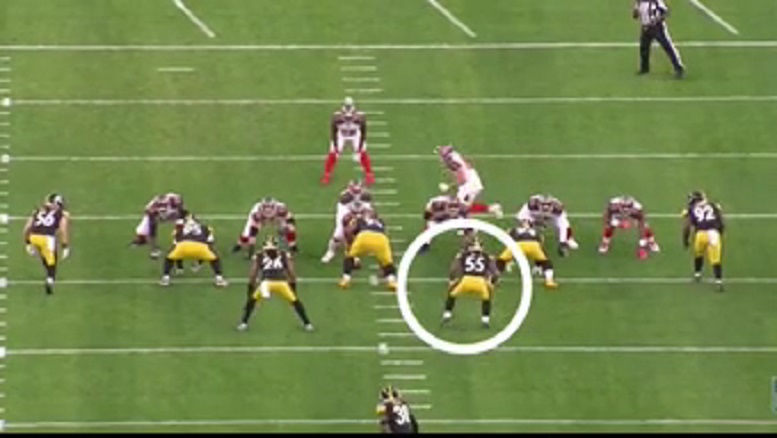 Pittsburgh Steelers rookie inside linebacker Devin Bush had a great preseason debut Friday night against the Tampa Bay Buccaneers as the team’s first-round draft pick out of Michigan recorded 10 total tackles in the 40 total defensive snaps that he played. While our very own Alex Kozora has already done a great job of breaking down Bush’s play Friday night via the television tape, since then Brian Baldinger of the NFL Network has done the same via the all-22 tape that we are not privy to during the preseason.

As usual, the all-22 tape is able to reveal some things on several plays that the television tape does not and Baldinger does a great job of using it to highlight several of the things that Bush did great Friday night. Make sure you watch all 3:30 of Baldinger’s video below.

“He was all over the field in his 40 snaps,” Baldinger says of Bush at the end of his all-22 tape breakdown. “Pretty good debut for the first-round pick of the Steelers.”