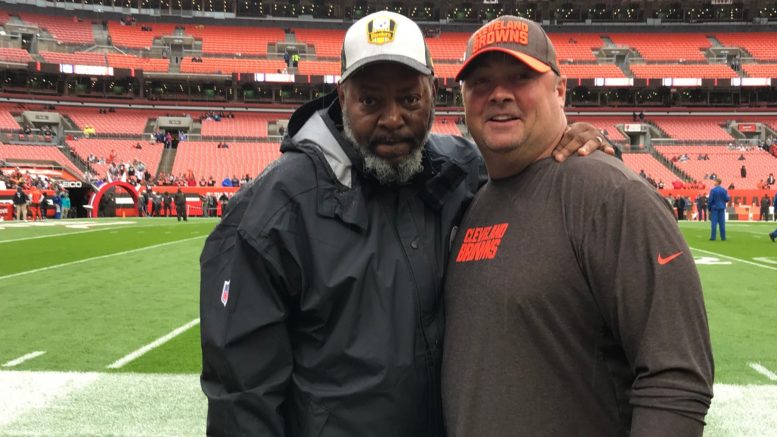 Football is family. Whether it’s a marketing gimmick from the NFL’s perspective or not, it’s a reality for those on the ground, and today, the football family continues to mourn the passing of one of their own—one of our own. Pittsburgh Steelers wide receivers coach Darryl Drake, 62, was gearing up for his second season with the organization when he passed away suddenly just a day ago.

You’re surely well aware of this by the time you’ve gotten to peruse this article, unless you decided to check out for a day. The Steelers were supposed to practice today, but have cancelled it as they mourn Drake’s passing, and in his memory, so I thought it only fitting to dedicate some of my time today to talking about him and his impact on the NFL.

There are few things that speak to the quality of an individual than when even his or her rivals have nothing but good things to say, and that is all we heard yesterday from the camps of the Cleveland Browns and the Baltimore Ravens.

Browns Head Coach Freddie Kitchens issued a statement, which you can read in full below, but notes that he considered Drake “a good friend”, recalling their first encounters on the recruiting circuit. He was on the coaching staff together with him with the Arizona Cardinals for five seasons as well.

Our thoughts are with Darryl Drake’s family and the entire Steelers organization.

HC Freddie Kitchens on the loss of his good friend: pic.twitter.com/GYqnkmiF61

Former Cardinals safety Tony Jefferson, who is currently with the Ravens, wrote on Twitter, “I’ll never forget how encouraging and down to earth he was”, noting that he got a chance to catch up with him again last season when the Ravens played the Steelers. Surely, like many others who had crossed his path, he was looking forward to doing the same again this year.

Coming in undrafted to AZ coach Drake use to tell me keep working you have a shot I’ll never forget how encouraging and down to earth he was. I got to see him last year against Pittsburgh and he told me he was so proud of me and where I came from thank you Coach! Love big dog pic.twitter.com/F45xDKPI1b

Ravens Head Coach John Harbaugh also issued a statement, noting that Drake was close friends with his father, and was “loved by our family”. Calling him “the epitome of a man”, he could conclude nothing other than that “he will be missed by all who knew him”.

Our condolences and heartfelt prayers go out to the Drake family and @steelers organization. pic.twitter.com/1nFr6iWvCK

It’s somewhat trite, the eulogies we give to those who pass, but there are some individuals within whom you can tell that the gestures are meaningful, more purposeful, and I think that we see that in the outpouring from around the NFL community directed toward Drake. There was so much more to cover outside of the division as well, which I will get to in a bit.

Drake was exactly the sort of coach that Mike Tomlin loves to hire. He is old school both on and off the field. A hard and helpful instructor who nevertheless lives his life and understands the importance of those on the outside. Many have noted that he lived for his three daughters. My thoughts today are with them especially, as well as his wife, Sheila, who was often mentioned as well, as many knew her and her kindness.