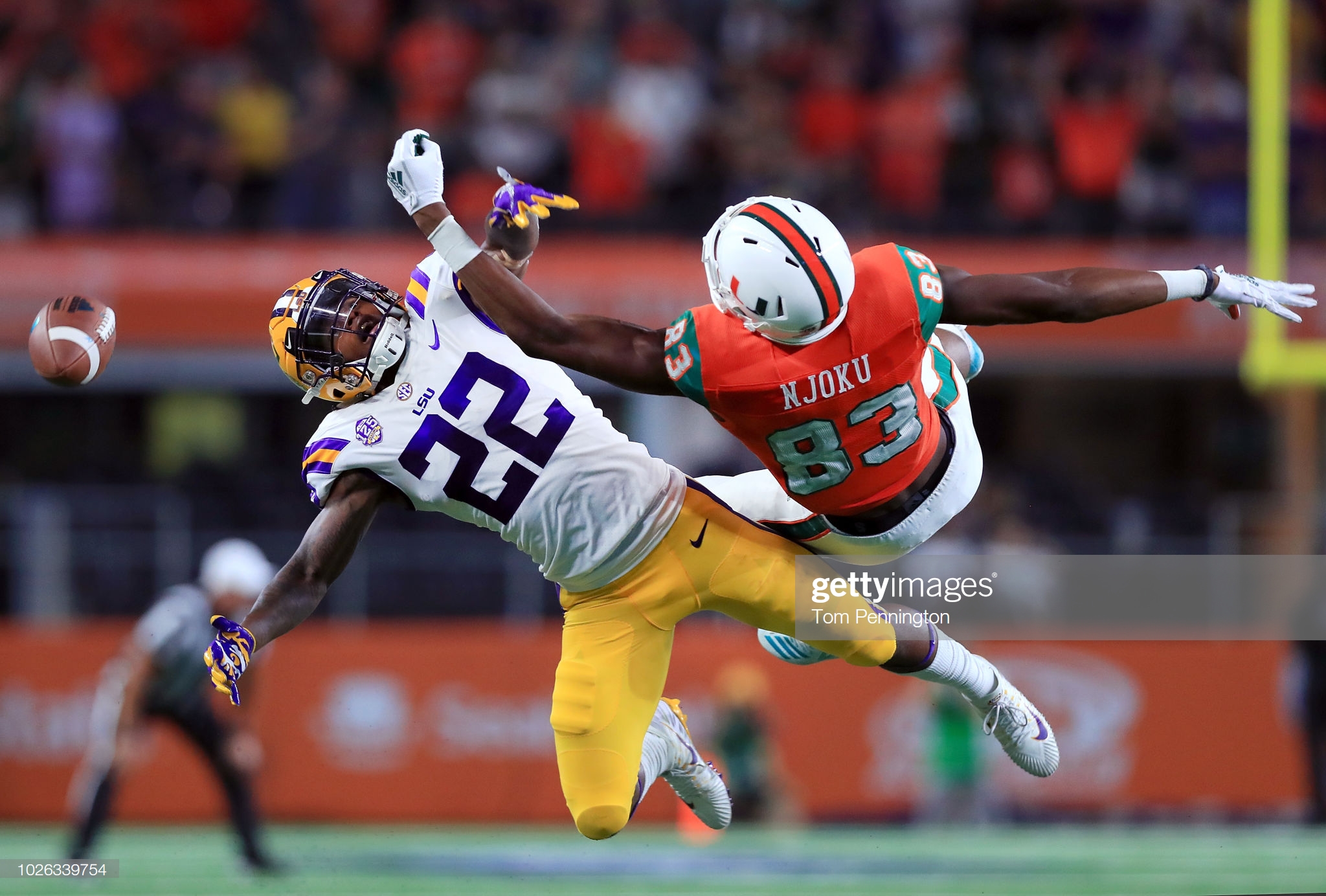 It’s the middle of the preseason, and you know what that means: draft talk. On Monday, Pro Football Focus’ Michael Renner published his first preseason mock draft heading into the 2019 college football season. Projected to select 22nd overall, he has the Pittsburgh Steelers drafting LSU cornerback Kristian Fulton.

Corner has been a sore subject for the Steelers of late, and Fulton would change all of that. The LSU cornerback graded out higher (88.6) and forced incompletions at a higher rate (29.3%) than former teammate Greedy Williams.

Williams, selected in the second round of the 2019 NFL Draft by the Cleveland Browns, was projected to be a potential first-round candidate, but the cornerback position was largely ignored on Day One, with a run on the position coming early on day two.

The Steelers knew that cornerback was a need, but they used their first-round pick on Devin Bush, and they traded their second-round pick away to move up 10 spots in the first round. Their first of two third-round picks, which they acquired from the Oakland Raiders for wide receiver Antonio Brown, was used to address the same position with Diontae Johnson.

It was their third pick of the draft, and the second of the round, with which the team finally addressed cornerback with the addition of Justin Layne, an underclassman who is new to the position, out of Michigan State.

While Pro Football Focus was extremely high on Layne coming into the draft and rated him as one of the greatest value picks late in the third round, he has so far looked very much like a rookie who has much to learn. For the moment, he is not projected to have a defensive role in 2019.

The Steelers last addressed the cornerback position in the 2017 NFL Draft, using a third-round selection on Cameron Sutton and a fifth-round pick on project Brian Allen. Allen is unlikely to make the 53-man roster in his third season, while Sutton is looking for a role. He may be the dimebacker this season.

The opportunity arose because the team’s 2016 first-round pick, Artie Burns, has struggled, finding himself demoted and then benched last season early in the year. He looks to be in-line to make the roster again, but will not start, working behind Joe Haden and Steven Nelson on the outside, with Mike Hilton in the nickel.

It’s noteworthy that both Haden and Nelson were signings in free agency, the two largest contracts they have ever given to outside free agents. Hilton, in addition, was an undrafted free agent originally signed by the Jacksonville Jaguars and later having a brief stint on the New England Patriots’ practice squad before finding his way to Pittsburgh.