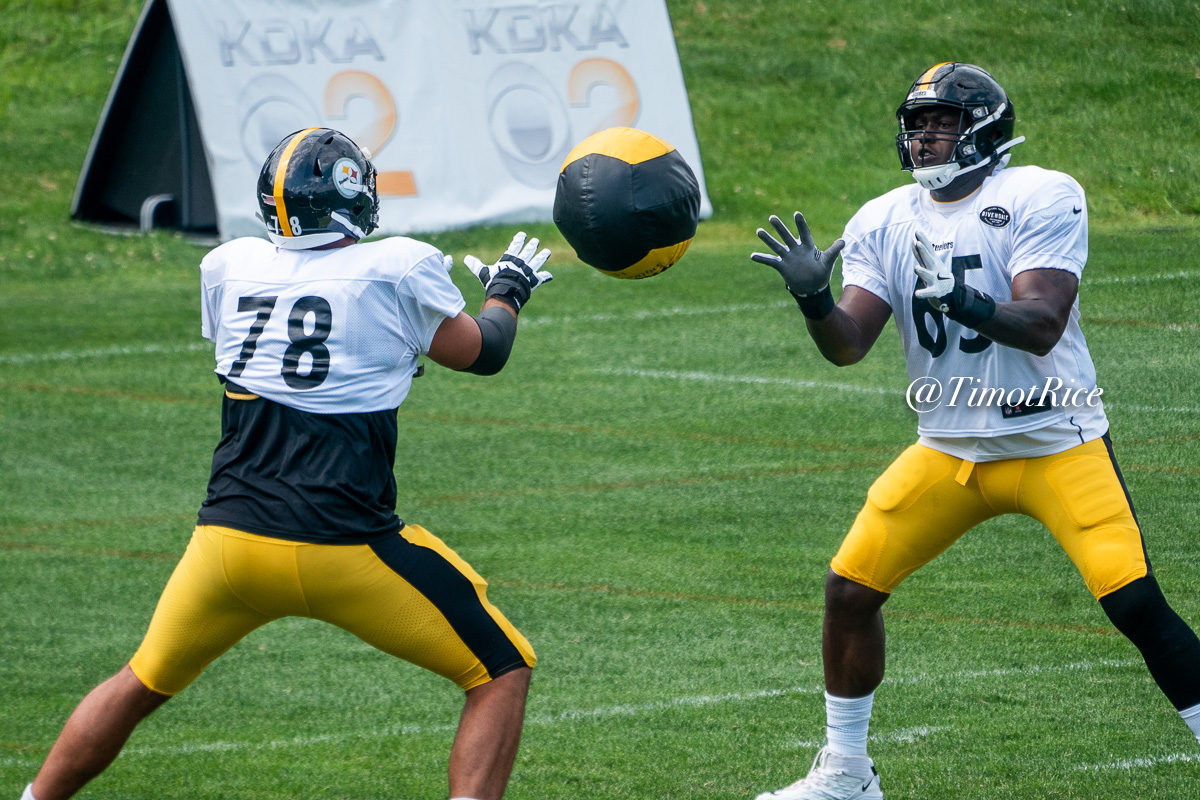 It’s true that there are still two games left to play, but at this juncture, it’s hard to see fourth-year offensive lineman Jerald Hawkins making the team in 2019, even if the Steelers keep nine linemen. Considering that he was projected to be the number three tackle heading into the 2018 offseason, that’s a pretty stark turnaround, but that’s the NFL.

Based simply on playing opportunities so far in the preseason, Hawkins has clearly not been favored. Even with Alejandro Villanueva out in the opener and Matt Feiler over at guard, the Steelers allowed Chukwuma Okorafor to start the game at right tackle and Zach Banner at left.

Hawkins did play the second half of the opener, mostly at left tackle before moving to the right side late. Last week, he was again passed over. Villanueva returned and Okorafor again started at right tackle. When the ‘starting’ group left, Banner came in late in the first half to replace Villanueva while Okorafor remained at right tackle through the half before being replaced by Hawkins.

In other words, it’s clear that he’s being viewed as the fifth tackle behind Villanueva, Feiler, Okorafor, and Banner, and that’s a bad way to make the roster. He was given work at guard during the offseason, but he hasn’t played any through two games, so he doesn’t even have the position versatility going for him.

Worse still is the fact that the Steelers actually used Banner at the end of the last game as a tackle-eligible, something that Hawkins had previously done. Okorafor figures to be the gameday active tackle and plays the tackle-eligible role as well, but, they’ve never used Banner there before, and giving him that look is another indication that they have him over Hawkins.

As a fourth-year player, he is not eligible to be placed on the practice squad, so if he does not make the team, he has to be signed to somebody’s 53-man roster in order to play this season, and right now he appears to be on the outside looking in.