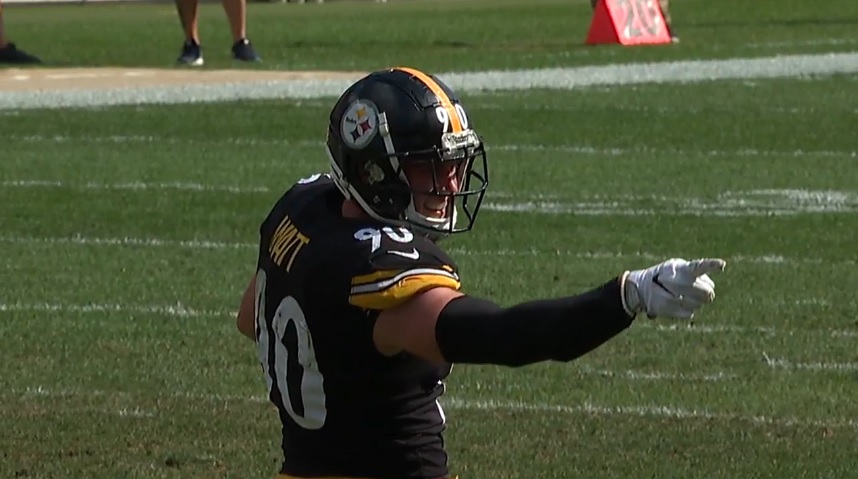 T.J. Watt began training camp on the Active/Physically Unable to Perform List. You wouldn’t have guessed it by his preseason debut performance on Saturday night against the Kansas City Chiefs. While he didn’t record any sacks, he was a frequent presence in the backfield during his time on the field, affecting multiple plays with his ability to generate pressure.

The third-round outside linebacker is coming off a 13-sack season and a Pro Bowl selection, albeit as an alternate, but the team, and he, are looking to see another sizable improvement in his game from year two to year three, as they saw from his rookie season to his second last year.

One of the things Watt has been talking about a lot this offseason the times that he has spoken is the fact that he felt himself getting much more comfortable in his understanding of his pass-rushing repertoire and his ability to use it effectively.

He felt that he made major strides in his ability to ‘win’ against tackles in the second half of the year, and while it wasn’t necessarily obviously reflected in his sack total, he did spend a lot more time in the backfield, and that is what the Steelers are hoping to see a continuation of this year.

Based on his first preseason action, it seems likely that that will be the case. Granted, he spent a lot of that time playing against backups, including an undrafted rookie. But you can see the form and technique that he deploys, the bend around the arc, and that translates against anybody he is going up against.

Watt has been a complete player since his rookie season, able to play the run and have success in coverage as well. Following his first year, people were wondering if he might simply be a good starter who wouldn’t be a 10-sack player. But based on the work he has put in lately, he may rise to that ‘very’ good level, perhaps even a perennial Pro Bowler.