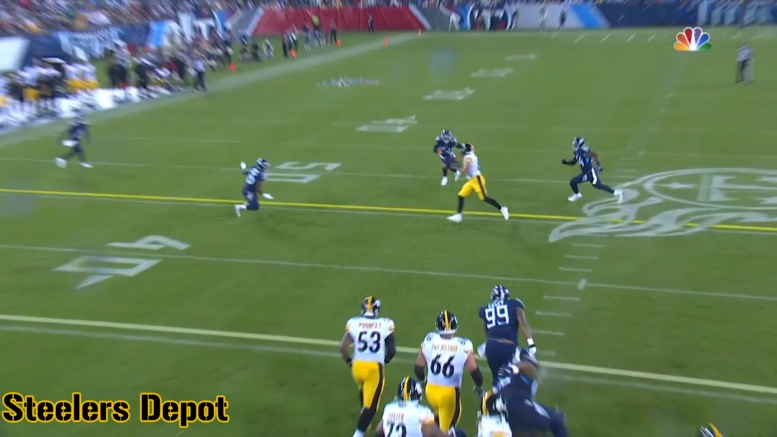 There’s nothing more exciting than looking through incomplete passes and trying to determine which of them were dropped by their intended targets. Which is why I sift through every incompletion every week and try to do exactly that, presenting all of the potential candidates to you here after each game.

Being a short week, the Pittsburgh Steelers having played on Sunday and now set to play again already tonight, we bring you a mid-week edition of the drop report, so buckle up.

We have three plays on-tap for you today, two of which I have as drops and a third of which qualifies as in consideration because it was tipped before it arrived at its destination. With preseason tape, that’s a lot harder to make out, so we have some zoom-and-slow-mo action we can hook you up with to make it out better.

The first drop goes to none other than Vance McDonald, who, yes, is known to drop a ball or two. Ben Roethlisberger completed only eight of 13 passes during the game, but I have two of those five incompletions scored as drops, even if he missed some throws.

This was one of them, and it’s pretty clear-cut. O the opening drive, second and 10, Roethlisberger puts the ball just in front of McDonald and he puts the ball on the ground. The play should have gone for at least a first down.

The second drop was awarded to JuJu Smith-Schuster, but this pass had a much higher degree of difficulty. This was a shallow out route with Roethlisberger making the throw at a tough angle. But he did put the ball where it needed to be, and Smith-Schuster got his hands on it. It’s a difficult catch to make, but he did drop this one, as you can see more clearly with the slow-motion zoom.

Last, but not least, we have the drop that could have been. In real time, you may want to blame Zach Gentry for Joshua Dobbs’ interception. But since there was no benefit of replay, it was impossible to get a better look at it until later.

And we have that better look for you here. As you can see above, the defender actually is able to undercut the throw. He gets a hand on the ball just in front of Gentry and reroutes the trajectory of the pass just enough. It’s hard to fault somebody for not being able to make that adjustment in pretty much literally just a foot of space. This initially looked like a case of a high pass, but he actually would have been better off throwing it a bit higher.