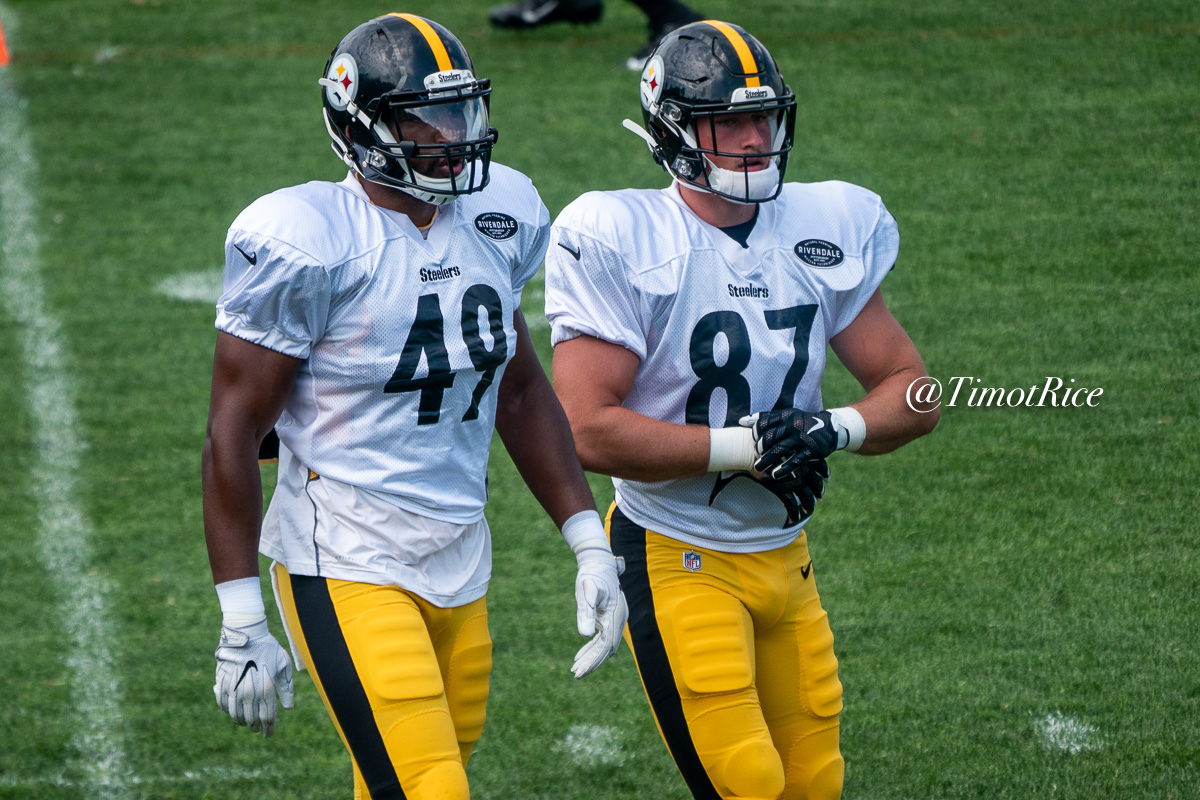 Question: Will Christian Scotland-Williamson’s exemption hurt his chances of making the 53-man roster?

Head Coach Mike Tomlin made a potentially surprising comment recently regarding first-year tight end Christian Scotland-Williamson, an English rugby player who has been a part of the Steelers for the past year and a half as part of the International Pathway Program, an initiative to try to help foreign-born players make it in the NFL.

Tomlin recently praised his progress and suggested that he has a legitimate chance of making the 53-man roster. But would the fact that he could be carried on the practice squad without penalty hurt his chances of actually doing so?

If he’s not clearly, far and away the third-best tight end on the team, and/or if he’s not a significant contributor on special teams, might the Steelers decide that they would rather have Zach Gentry or Kevin Rader on the 53-man roster with Scotland-Williamson as the practice squad tight end?

Doing so would leave open an additional spot on the practice squad than if one of the others were to be kept there, so this is just one factor that the team will have to take into consideration several weeks from now when they get set to cut 37 (or 38) players.