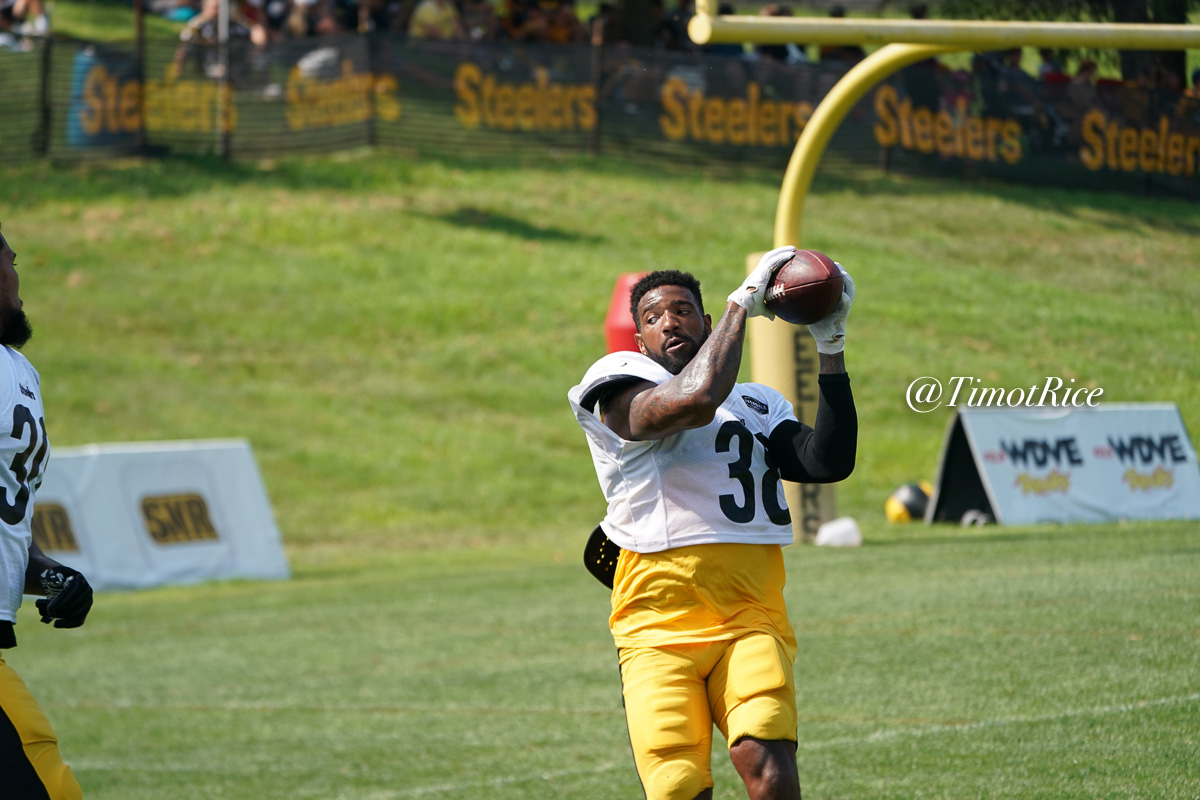 Question: What will Jaylen Samuels’ reception-to-rush ratio be in 2019?

While we haven’t even gotten into a preseason game yet, it’s start to look, at least to me, as though Jaylen Samuels’ role this season will be primarily as a third-down back, and as a second option tailback lined up out wide in two-back sets.

I could be wrong, of course. But so far rookie Benny Snell, Jr. is making a pretty solid case for himself to soak up some of the few carries that James Conner is not going to take this year. It seems as though the team has identified his receiving skills as not only his greatest strength, but also clearly the best at his position on the roster, and his usage may be geared toward that.

Last season, Samuels had 56 rushes to 26 receptions, but that is slanted in favor of the run based on the three games that he started. In his work in games he did not start, he had 14 carries against 14 runs. And if he establishes himself as a trusted receiver, he could get more work in specialized passing situations than he did as a rookie.

The Steelers may have a wonderful dilemma on their hands in the backfield this year, with too many capable backs who can contribute in a variety of ways. I would much rather figure out how to try to get players snaps than wonder who is worthy of even being on the field.

Conner was more than serviceable in the passing game, but even Ben Roethlisberger has gushed about Samuels’ great hands. Of the three backs predicted to make the roster, he is the only one who contributed in that area of the game significantly at the college level, so it’s not unreasonable to believe his work as a receiver is the most advanced.